A year and a half after Microsoft disclosed the BlueKeep vulnerability impacting the Windows RDP service, more than 245,000 Windows systems still remain unpatched and vulnerable to attacks.
The number represents around 25% of the 950,000 systems that were initially discovered to be vulnerable to BlueKeep attacks during a first scan in May 2019.
Similarly, more than 103,000 Windows systems also remain vulnerable to SMBGhost, a vulnerability in the Server Message Block v3 (SMB) protocol that ships with recent versions of Windows, disclosed in March 2020.
Both vulnerabilities allow attackers to take over Windows systems remotely and are considered some of the most severe bugs disclosed in Windows over the past few years.

However, despite their severity, many systems have remained unpatched, according to research compiled over the past few weeks by SANS ISC handler Jan Kopriva [1, 2].
Kopriva says that BlueKeep and SMBGhost aren't the only major remotely-exploitable vulnerabilities that still have a strong presence online these days, exposing systems to attacks.
According to the Czech security researcher, there are still millions of internet-accessible systems that administrators have failed to patch and are vulnerable to remote takeovers. These include systems like IIS servers, Exim email agents, OpenSSL clients, and WordPress sites. [...]
Click to expand... 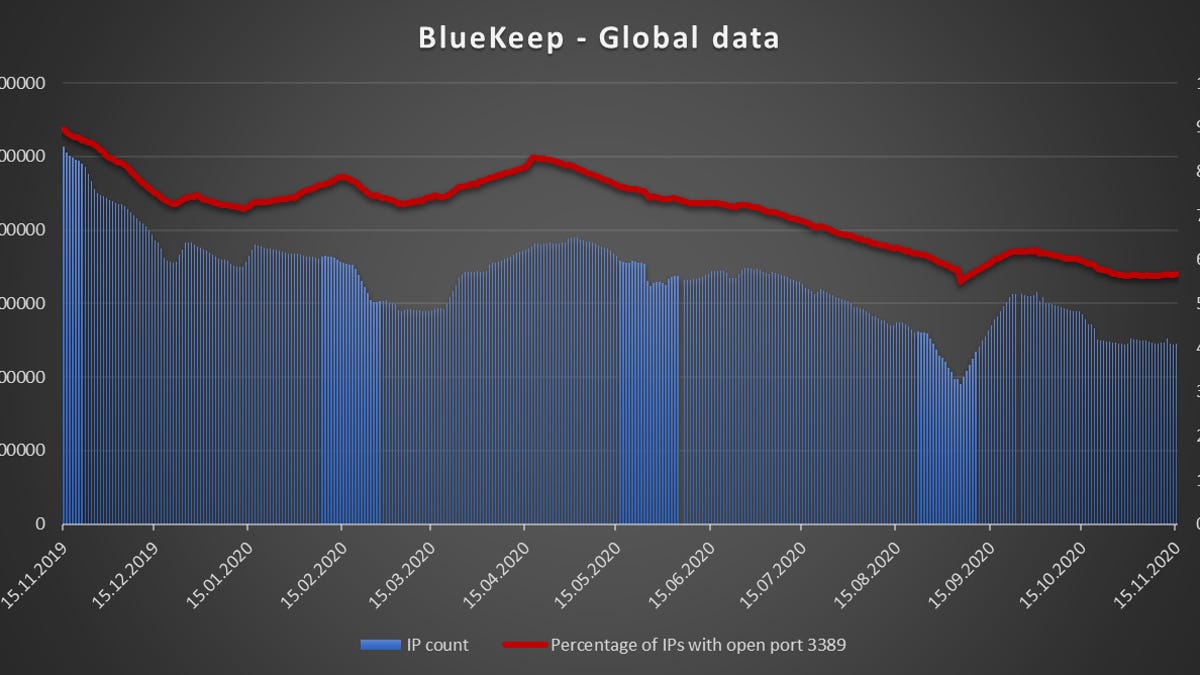 Millions of computers and servers across the globe remain unpatched for some of today's most dangerous bugs.

If only patching were that easy. MS should follow an example from 0patch, at least for enterprises. Patch without restarting or even shutting down the process.
Reactions: Protomartyr, SeriousHoax, silversurfer and 4 others
F

Since Windows 10 Home doesn’t have the remote desktop protocol, is it still vulnerable?
Reactions: Protomartyr, upnorth and ForgottenSeer 85179
You must log in or register to reply here.