AdGuard Blog: What Is Wrong With App Stores

Historically, app stores have very few "friends" and a lot of "enemies". Maybe not enemies per se, but there's no shortage of people, companies, and organizations that have serious issues with app stores. Partly because of the immense commission they charge (30% is no joke when you're a developer who's trying to make an honest buck). Partly because of the monopoly and total control that app stores have over the apps.

As a result, it's more and more often that we hear news about various lawsuits (Epic Game Store vs Apple anyone?) and government initiatives that are aimed at reducing their market dominance. Such initiatives have already taken place in Russia, South Korea, Netherlands. And, finally, the US Senate Judiciary Committee passed a bill that, should it become a law, will drastically change the landscape and force Google and Apple to give up full control on their app stores. This would mean, among other changes, the possibility of side-loading apps and using alternative payment-processing tools.

But I'm not here to tell you how we, as a commercial organization, aren't particularly thrilled about paying the exorbitant commissions. Not because it's unimportant, but because we at AdGuard consider ourselves software engineers first and foremost. Our top priority is to do a good job at developing our software and to bring something new and actually useful to this world. And that's what I'd like to focus on in this article.
Click to expand...

As a concept, app stores are decidedly wonderful. They solve a number of problems: it's easy to install an app from the store, lots of things are taken care of for the devs, such as distribution, updates, payment processings. Not to mention that app stores more or less guarantee security and a certain level of quality for their apps.

But sadly, as time went on, app stores' guidelines grew bigger. They weren't limited to defining security- and quality-related aspects anymore. A large number of restrictions of all sorts popped up, and it's often hard to explain them by anything else than the desire to stomp the competition.

We, as a company that develops several apps that all get uploaded on popular app stores, are pressured into thinking in terms of "What can we do that won't get rejected by Apple/Google?", rather than "How can we improve our apps?". How can this approach facilitate innovation?

And to add to that, there are no "rules of the game". No matter how detailed the guidelines are, there's always room for different interpretations. Oh, you've come up with a new feature and you'd like to know if it'll get your app kicked out of the store or not? Tough luck, the only way to check is to spend time and resources to implement it, submit the app for review, and pray to your God. We've become quite experienced in that; not to say that this experience was always positive, both with Google's Google Play Store and Apple's App Store ([1], [2]).

The two biggest app stores have some major differences compared to each other, though.

With Google, you can usually count on your update getting through. However, it doesn't take much for your app to get booted from it at any, seemingly random moment. And when that happens, good luck contacting someone — anyone — from the Google Play Store support. All you will get is a standardized bot response. Not having your app on the Play Store is a nightmare for any business. But at the very least there's an option to sideload apps on Android, so if you really want to, you can afford to create an app that you envision, and not the one that Google wants you to make.

App Store is a totally different story. If the reviewer didn't like your app, and they decided that it didn't follow one of the many App Store's guidelines, you can try to contact them and change their mind. I personally had countless phone calls with App Store review team representatives in attempts to persuade them to change their decision, and despite most of those attempts weren't successful, I am still thankful for this opportunity. 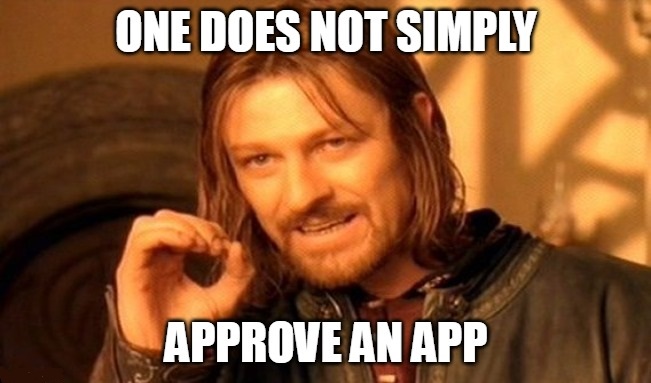 But one such phone call has planted itself deep into my memory. Without delving into the unncecessary detail, I was making a point that the rules clause they were referring to could not be appliccable in my case (and I stand by that to this day). At one point the reviewer, apparently tired of arguing, simply replied:

"Look, we're Apple. These are our rules, and we're going to interpret them as we like, all there's left for you is to obey".

Hard to come up with a counter-argument to that. The only thing left for us was to roll back half of what had been done by that point and to publish the app with what functionality was left. And every time I look at AdGuard for iOS I can't help but think how much more it could have been, and it makes me a bit sad.
Click to expand...

Don't get me wrong. I don't uphold an opinion that app stores are some incarnations of evil and we should all happily go back to installing the apps manually. But I am also absolutely positive that stores as we see them today restrict the developers and cripple their creativity. And I see no progress in that regard, limitations only go up in numbers, and never the other way around.

I don't think there's an easy solution to this problem, and this article wasn't meant to provide one. In the end, companies like Apple and Google rarely employ random people. They are all highly intelligent individuals and they don't need more advice from yet another developer. I just would like to believe that our story will become another speck on the scales, and it will help Apple and Google understand the developers and their motives a tiny bit better.
Click to expand...

What Is Wrong With App Stores

Historically, app stores have very few "friends" and a lot of "enemies". Maybe not enemies per se, but there's no shortage of people, companies, and organizations that have serious issues with app stores. Partly because of the immense commission they charge (30% is no joke when you're a...