Aegis Authenticator is a free, secure and open source app to manage your 2-step verification tokens for your online services.

andOTP is good too.
Anyone who switch ?
Last edited by a moderator: Sep 15, 2020
Reactions: Protomartyr, CyberPanther, Gandalf_The_Grey and 2 others

I switched from andOTP to Aegis Authenticator a little over a year go myself. Mainly for the features that Aegis offers additionally regarding the vault's encryption, it's unlocking and everything else is a nice thing to have at this point for me. A nice bonus on the side is that it looks more simplistic and better organized with some minor size customization features available. The tokens themselves are also encrypted, but i cant remember if andOTP also had that or not...

Most of the issues i had with it are probably fixed by now most likely. Essentially they do the same thing, though its nice that natively Aegis supports a dozen imports directly from both app-to-app (for example: Google, Authy, Microsoft and Steam) integration as well as token files. And for those few that use Blizzard Authentication there is a tutorial on their wiki beemdevelopment/Aegis/wiki#1-blizzard-authenticator to show how to get the app serial code for token transfer compatibility.

From the FAQ on the website: Aegis Authenticator - Brand new 2FA app for Android

And andOTP has been in need for development help/contributions for a while now as well. The original maintainer of the app doesn't have as much time anymore to put into it which, for me personally, is fine. Though since i already switched i have more trust in the maintenance of Aegis, but that is a matter of preference if nothing else.

I currently don't have that much time to spend developing andOTP, so any contributions are always welcome. Don't worry, I will still continue to develop andOTP it will just slow down from the incredible speed I had going in the beginning.
Click to expand... 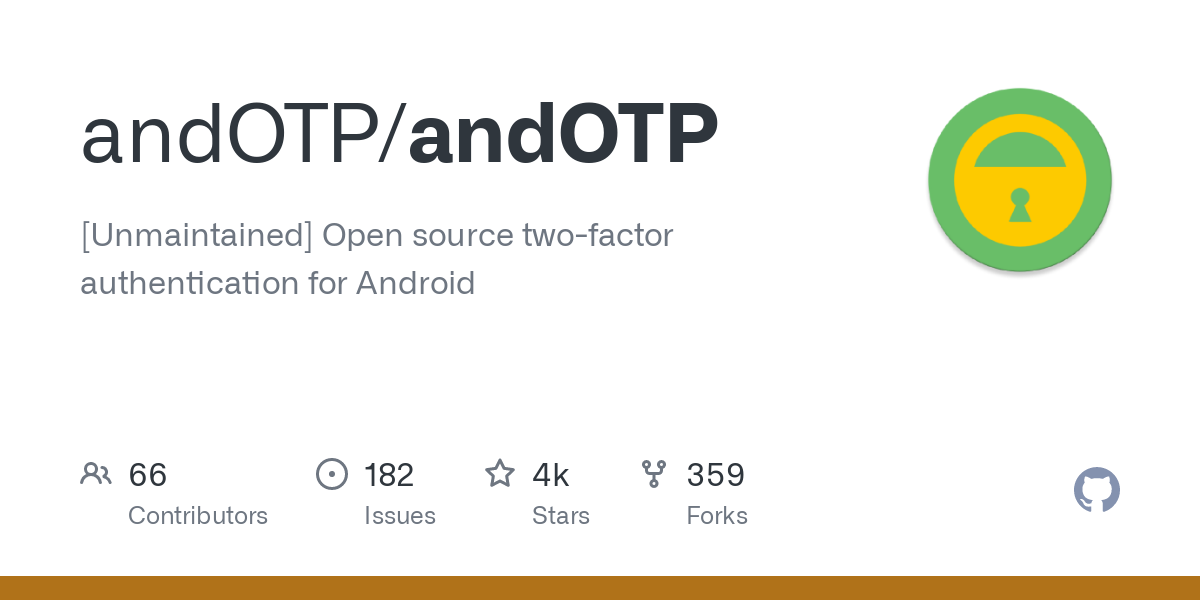 Open source two-factor authentication for Android. Contribute to andOTP/andOTP development by creating an account on GitHub.

In short: they do the same thing, one just takes simplicity and functionality support a step further than the other. Cant go wrong with either, if you ask me. I just happen to prefer Aegis after having used both, albeit a far older version of andOTP as it's been over a year.

Edit: beemdevelopment/Aegis/blob/master/docs/vault - Explains the security design of the app and vault format in detail for those who understand and are interested in this.
Last edited: Sep 15, 2020
Reactions: Protomartyr, Gandalf_The_Grey, Correlate and 3 others