Amazon said it would appeal a €1.1 billion fine from Italy after antitrust investigators found the online shopping giant had given unfair preference to sellers who also ship their goods through Amazon’s logistics service.

Amazon had previously tried to halt the case in Italy on the grounds that it is facing a parallel investigation in Brussels covering the same ground. Its attempt was dismissed in November by the European General Court in Luxembourg.

On Thursday, Italy’s competition regulator said Amazon had been more lenient in applying performance criteria, which can lead in extreme cases to merchants being suspended, if sellers were also paying for Amazon to ship their parcels.

Because of the advantage of signing up with Amazon for delivery, the Italian regulator said Amazon had damaged “ecommerce logistics competitors” that could not offer the same benefits as Amazon’s own logistics service.

When announcing its probe, Brussels said that it would allow the Italian authority to carry out its own investigation over concerns that Amazon might be “artificially” favoring “its own retail offers and offers of marketplace sellers that use Amazon’s logistics and delivery services.”

Amazon said it disagreed with the decision and that it would challenge it.

“The proposed fine and remedies are unjustified and disproportionate. More than half of all annual sales on Amazon in Italy come from [small and medium businesses], and their success is at the heart of our business model,” it said in a statement, adding that Amazon faces competition in Italy and that its services are “just one” of multiple options.
Click to expand... 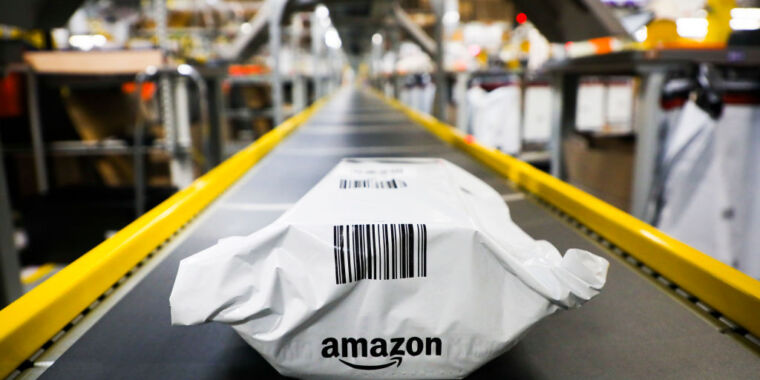 arstechnica.com
Reactions: Deletedmessiah, Nevi, marcopaone and 1 other person
You must log in or register to reply here.