Apple has become the first company to hit a market capitalization of $3 trillion, after its value rose by $1 trillion in less than 16 months as the coronavirus pandemic turbocharged Big Tech.

The iPhone maker became a $1 trillion company in August 2018 and two years later became the first company to be valued at $2 trillion. On Monday, shares in the company rose by 3 percent to $182.86, taking it past the latest milestone, before easing back to trade at $182.

Apple briefly lost its title as the world’s most valuable company to Microsoft at the end of October. However, a strong rally in November restored its crown. It then surged higher into the end of 2021 and has added half a trillion dollars to its market value since November 15.

Only a handful of companies are worth more than $1 trillion, including Tesla and Amazon. Google parent Alphabet and oil group Saudi Aramco are valued at about $2 trillion, while Microsoft’s market value is roughly $2.5 trillion.

Apple’s stock climbed more than 30 percent in 2021 as it deftly navigated the supply chain crisis and benefited from extra demand during the pandemic for iPhones, Macs, and iPads as customers upgraded their home offices.

The stock jumped early in December after analysts at Morgan Stanley increased its 12-month price target to $200, arguing that investors had not yet priced in the expected launch of augmented and virtual reality devices.

Moody’s also upgraded Apple to triple-A in December, making Apple only the third triple-A company assessed by the rating agency, alongside Microsoft and Johnson & Johnson. S&P Global still rates Apple at AA+, one notch below AAA. 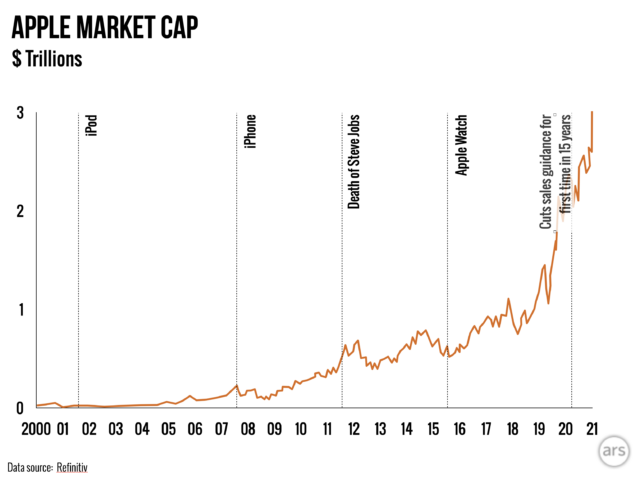 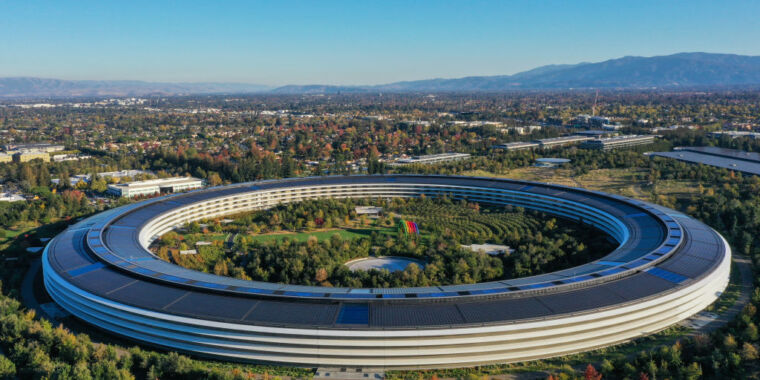 Market value rose by $1tn in

arstechnica.com
Reactions: Venustus, CyberTech, harlan4096 and 4 others
You must log in or register to reply here.

Microsoft overtakes Apple to become the world’s most valuable company