Bloomberg has published a new report detailing much of Apple’s product roadmap for 2020, including the four new iPhones that have been widely rumored. Corroborating Ming-chi Kuo’s analysis from last year, Apple is said to be redesigning the iPhone Pro chassis with flat edges reminiscent of the current iPad Pro. Kuo claimed the screen glass would still be slightly curved, while Bloomberg says it’ll be flat.

Bloomberg reports that there will be two iPhone Pro models with three cameras on the back and that they will feature the new iPad Pro’s LIDAR 3D-scanning system — it’s not clear whether that will take the place of one of the iPhone 11 Pro’s existing three cameras, though. It’s also unclear whether the boxy redesign will come to the two lower-end dual-camera models that are reportedly replacing the iPhone 11.

The Face ID notch will ‘likely’ be reduced in size

The report says that the largest iPhone Pro will have a “slightly larger” screen than the iPhone 11 Pro Max’s 6.5-inch panel, and that the Face ID notch will “likely” be reduced in size. Kuo predicted last year that the Pro models would come in screen sizes of 5.4 inches and 6.7 inches.
Click to expand...

Reactions: roger_m, Protomartyr, upnorth and 4 others

I don't understand how Apple can't shrink the front facing sensor array and have it between display and bezel without the massive notch. I have the XR and it doesn't personally bother me but come on, it's been 2 years since and everyone has dumped it. I know Apple would never adopt motorized popup cameras and stuff, but they'd really have to do something about it. Then again, I said to myself I'm only going to upgrade XR when Apple manages to make a phone without a notch with same sensors as on XR. So, not this year then.
Reactions: roger_m, Protomartyr, Correlate and 2 others

I don't want to talk about the cooking stove camera layout of the new iPhone 11 variant.
I a̶m̶ ̶n̶o̶t̶ ̶a̶ ̶b̶i̶g̶ ̶f̶a̶n̶ ̶o̶f̶ absolutely hate the notch Apple brought and retained religiously in their iPhones. And other players blindly jumped into the same boat without a thought of design and aesthetic consequences.
While I appreciate their strong front ID sensor, they gotta do something and get rid of the ugly intrusive thing on top. Not all users are gonna get habituated to it. This one thing (and a missing curved screen perhaps) is a deterrent for me switching to iOS. I love the rest of alphabets of the iPhone package. Their OS and apps are just beautiful.
@RejZoR you entirely read my mind and put forward the thoughts very well

Here are some phone designs that Apple thinks ain't cool, because they don't boast that thing ... 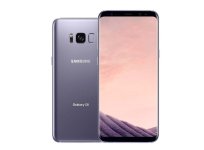 Reactions: roger_m, Protomartyr, upnorth and 2 others

Then again, you now distinctively know who holds an iPhone. The "cooking top" array on the back and a notch in the front. You unmistakably know it's an Apple device even if you don't see the logo.
Reactions: roger_m, Correlate and Parsh

Apple won't prefer a motorized front camera for sure, however a small but continuous bezel like in Samsung Galaxy S8/S9 would look better IMO until the next big invention reaches the market. They've already enlarged the device size a lot over the years, so reducing bezel area need not have an ugly outcome like now.
Also, under-screen camera sensors are on the cards with brands like Xiaomi and Samsung working on optimizing them.
I use a range of iOS devices for apps I build at work. And the earlier ones like iPhone 8 feel so fit and easy on hands (and in pocket when you're riding). Just the Touch ID feels big.
Reactions: roger_m, Protomartyr and Correlate

I actually consider the X-series only a half-step design change from the 6-series. The design language is arguably the same. The phones follow the same rounded metal edges, with sloped glass, and pill shaped buttons. With phone screens off, they’d be hard to differentiate. Hoping for something a little edgier in 2020, no pun intended.
Reactions: Parsh
You must log in or register to reply here.

iPhone 12 Lineup with OLED Displays, Predicted to Start at $649