Apple has sent out emails to app developers, who haven't updated their apps for a long time. The Cupertino-based company has informed them that it will remove outdated apps from the App Store. 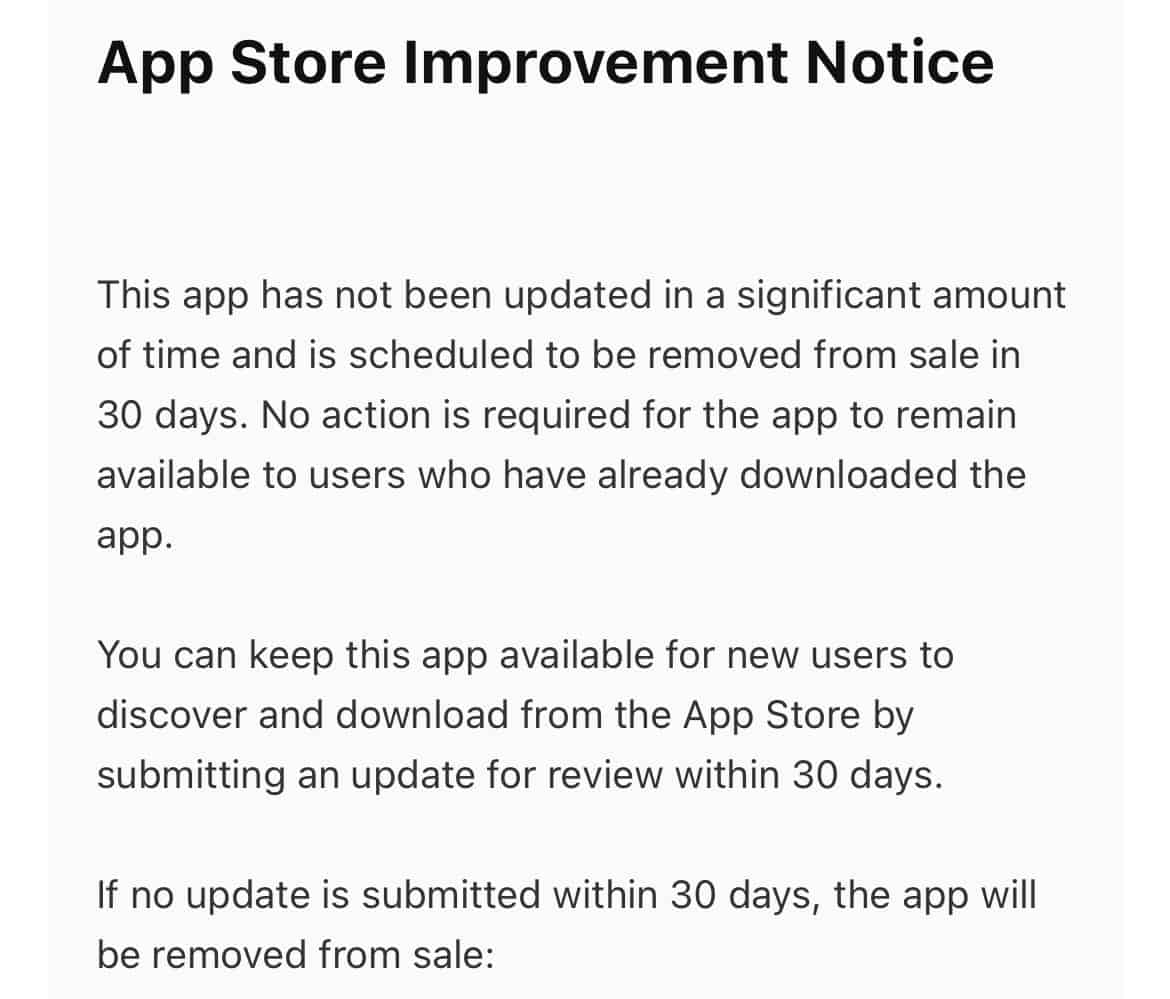 Apple isn't the only one practicing this, Google has a similar rule in place for apps on its Play Store. The Search giant has given developers a deadline of November 1st, to update their apps to target an Android API level that is less than 2 versions old. Since Android 12 is the latest release, devs will have to set the Android 10 API as the minimum supported version. Android's OS fragmentation however is a different headache.

Indie game developer, Robert Kabwe (Protopop Games), shared a screenshot of an email he received from Apple. The message titled "App Store Improvement Notice" says that developers will have 30 days to update their apps, and submit them for review. If they don't update the app within the given time limit, it will be removed from the App Store. A support page for App Store Improvements, on Apple's website, confirms the existence of the rule, though it remains unclear when it was implemented.
Click to expand...

Apple says it will apps that haven't been updated for a long time from its App Store. Developers are not thrilled about this rule.
www.ghacks.net
Reactions: JB007, fabiobr, upnorth and 6 others

Well, its about time they cleared out some of the rubbish. Go Timmy….
Reactions: JB007, brambedkar59 and L0ckJaw

Apple explains its App Store removal rules, will give developers 90 days to update their apps​

A press release from the company, spotted by Apple Insider, explains the criteria for removing apps from the App Store. The new guidelines, which are part of the App Store Improvements Process, states that outdated apps affects the discoverability of apps, i.e. better apps may show up higher in the search results if outdated apps are not available on the App Store.

Apple says that app developers need to do their part in protecting the security and privacy of users, and wants them to use the latest tools including APIs, SDKs, and features available in iOS, iPadOS, macOS, that it provides to keep up the pace with its ever-evolving hardware and software technologies. The Cupertino-based company also highlighted the importance of apps conforming to modern hardware, such as varying screen sizes and design standards like notches.
Click to expand... 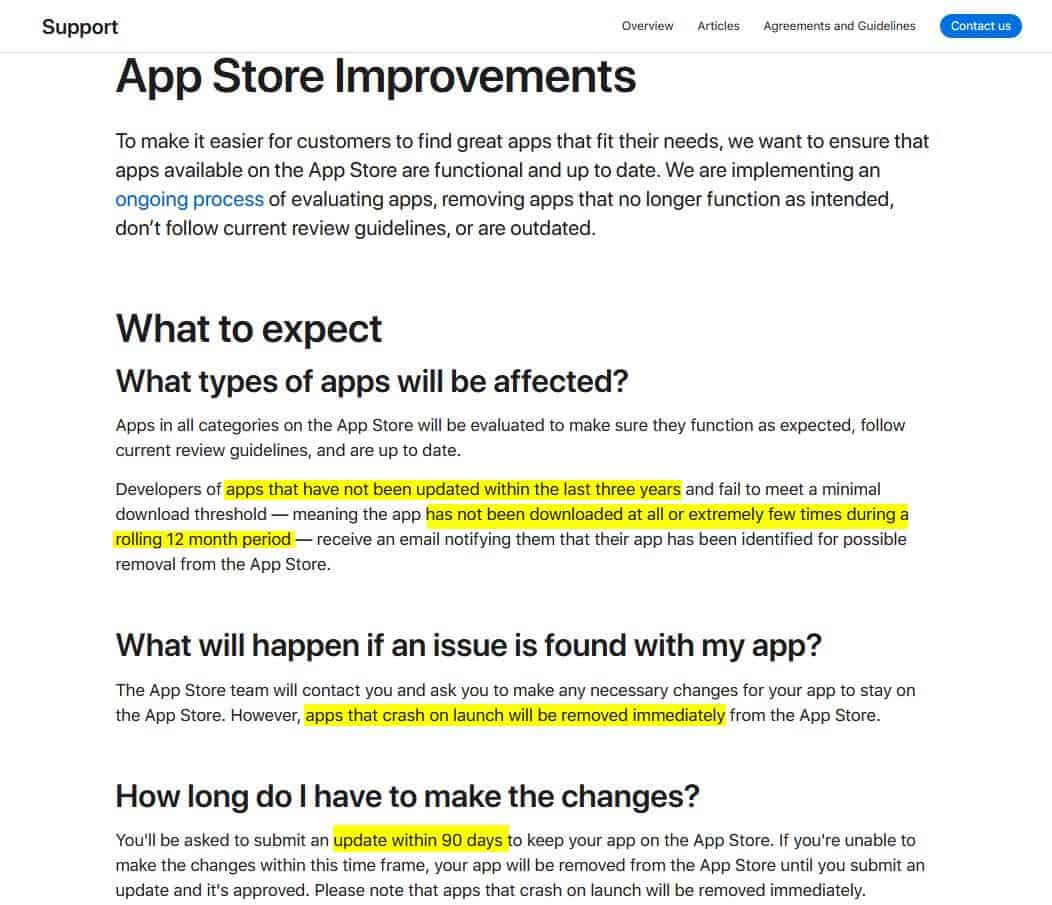 Apple has clarified its App Store removal rules. It will give developers up 90 days to update their apps to the latest standards.
www.ghacks.net
Reactions: harlan4096, Gandalf_The_Grey, Deletedmessiah and 1 other person
You must log in or register to reply here.