In the wake of an embarrassing revelation about its cozy relationship with Microsoft, Brave CEO Brendan Eich has a few words for DuckDuckGo.

As you may recall, the new DuckDuckGo browsers for iOS/Android don’t block Microsoft data flows for LinkedIn or Bing because of a business agreement with Microsoft. And we only learned about this because a security researcher audited the products and saw some “disturbing results.” DuckDuckGo CEO Gabriel Weinberg responded, noting that the firm’s “search results are completely anonymous, including ads.”

“When DuckDuckGo got caught making exceptions for Microsoft and Bing trackers, one defense they offered was that it wasn’t a big deal, because DuckDuckGo browsers block third-party cookies,” he tweeted today. “We beg to differ.”

“The thing is, DuckDuckGo browsers also include exceptions for how Microsoft trackers circumvent third-party cookie blocking,” he continues. “Trackers try to get around cookie blocking by appending identifiers to URL query parameters, to identify you across sites. DuckDuckGo knows how trackers do this … because DuckDuckGo’s browser blocks Google, Facebook, and others from doing it. DuckDuckGo does not apply this protection to Microsoft [trackers].”

Eich’s argument is that a privacy brand like DuckDuckGo—and Brave—should put user privacy above all else, including partner demands that include a “revenue quid pro quo.” This, he says, is what Brave does. “Brave categorically does not and will not harm user privacy to satisfy partners,” he says, adding that Brave is also working towards a “private-search-ads option,” which is intriguing.

Coincidentally, Mozilla this week enabled its Total Cookie Protection feature by default in Firefox, making it what it calls “the most private and secure major browser available across Windows and Mac.” That word “major” is no doubt meant to exclude Brave from the conversation as it’s pretty clear that Brave offers better privacy than any other browser option, at least by default.
Click to expand...

Reactions: dinosaur07, CyberTech, Deletedmessiah and 17 others

I would say that in the industry like this, there are no saints. It's sad, it's just how it is. It's not black and white, and I have my share of doubt towards anyone.

Starting with Brave affiliate version of URL's wich made them profit, DDG's censoring of Russian information (this makes no sense because it's not free speech in it's true form and I want to decide for myself what I want to hear or watch).

I guess everyone tries to make it in this world, in one way or another.
Reactions: malis2007, Virtuoso, russ0408 and 7 others

MrFellow said:
It's not black and white, and I have my share of doubt towards anyone.
Click to expand...

Indeed. DDG's sins are well known, Telegram and Protonmail sharing user's data with authorities and people bluntly refusing the fact as unsignificant.
Brave shield (rewards) can not be really disabled, unless you run the browser with a parameter, which disables it, but conveniently, it is no longer available.
Reactions: plat, Trooper, Gandalf_The_Grey and 2 others

These two companies are very similar in my mind. Their 'focus' on privacy combined with regular missteps are almost comical.
Reactions: plat, Trooper, Gandalf_The_Grey and 3 others

Privacy is only one of the latest speculative commodities.
Reactions: Trooper, blackice and MrFellow

I don't trust any of them. Brave mainly responded so they can tout their own product, no surprise there.
Reactions: plat, Trooper, dinosaur07 and 6 others

DuckDuckGo denies that it allows link-tracking in its browsers

A spokesperson for DuckDuckGo told The Register that the ads that users see are private, and are not used to track them. They denied the allegations made by Eich, and said that the tracking parameters merely send an ad click to the provider. Interestingly, the person also pointed out that no browser protects against link tracking (based on data from PrivacyTests), and that their browser has started protecting users from Google and Facebook. The company has confirmed that it will block tracking parameters from Twitter and Microsoft in the future.
Click to expand...

More interesting is the linked article by The Register: 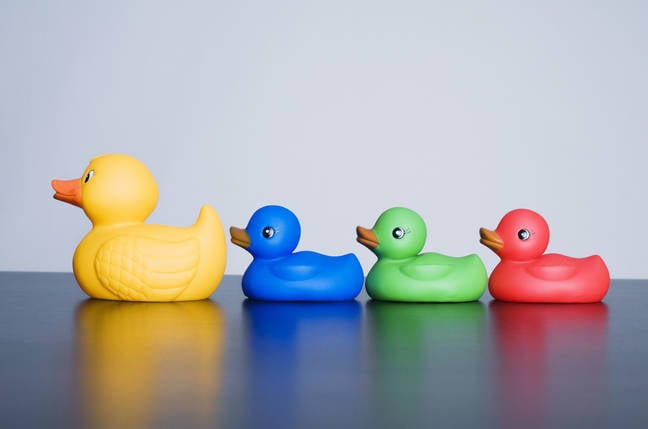 Perhaps more noteworthy than Brave dunking on DuckDuckGo, is the fact that Microsoft's Bing openly describes how to track ad conversions even when people are using privacy protections that block third-party cookies and are expecting not to be monitored.

"Last year, Apple Inc introduced a feature called Intelligent Tracking Prevention that impacts how conversion tracking works on the Safari browser," Microsoft Bing Ads documentation explains. "To help ensure that conversions continue to be reported accurately and in full across your Bing Ads campaigns, the auto-tagging of the Microsoft Click ID in ad URLs is now required."

In other words, here's how you route around privacy protections to measure your ads, whether people want this or not.
Click to expand...

We note that privacytests.org is run by Arthur Edelstein, who happens to work for Brave. He insisted the site is independent of his employer.

"This website and the browser privacy tests are an independent project by me, Arthur Edelstein," a statement dated this month reads on the dot-org.

"I have developed this project on my own time and on my own initiative. Several months after first publishing the website, I became an employee of Brave, where I contribute to Brave's browser privacy engineering efforts. I continue to run this website independently of my employer, however. There is no connection with Brave marketing efforts whatsoever."
Click to expand...

Reactions: plat, Trooper, oldschool and 5 others

I like DDG in some respects though search results not always what i'm after. Browser addon is fine but uBO covers that. I prefer FF these days with the default G search as Total cookie..., my uBO rules and container tabs give me enough privacy. Might have a fresh look at Brave at some point.
Reactions: plat, Trooper, oldschool and 1 other person

Wontkins said:
I don't trust any of them.
Click to expand...

Some amount of trust is necessary or you may as well not use the web.

ErzCrz said:
DDG search results not always what i'm after.
Click to expand...

Which is why I ditched them. Disroot/Searx and Startpage are probably the closest to G results in m experience, so I rely on them.
Reactions: plat, blackice and ErzCrz
You must log in or register to reply here.