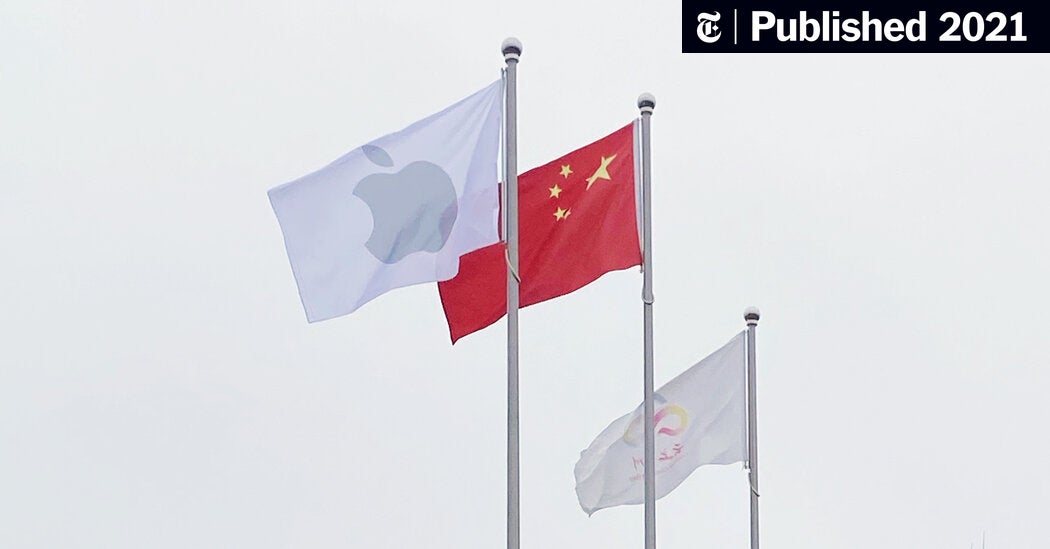 Censorship, Surveillance and Profits: A Hard Bargain for Apple in China (Published 2021)

Apple built the world’s most valuable business on top of China. Now it has to answer to the Chinese government.

"On the outskirts of this city in a poor, mountainous province in southwestern China, men in hard hats recently put the finishing touches on a white building a quarter-mile long with few windows and a tall surrounding wall. There was little sign of its purpose, apart from the flags of Apple and China flying out front, side by side.

Inside, Apple was preparing to store the personal data of its Chinese customers on computer servers run by a state-owned Chinese firm.
Tim Cook, Apple’s chief executive, has said the data is safe. But at the data center in Guiyang, which Apple hoped would be completed by next month, and another in the Inner Mongolia region, Apple has largely ceded control to the Chinese government.

Chinese state employees physically manage the computers. Apple abandoned the encryption technology it used elsewhere after China would not allow it. And the digital keys that unlock information on those computers are stored in the data centers they’re meant to secure...."
Reactions: Mercenary, Correlate, Venustus and 1 other person
You must log in or register to reply here.

25,000 EFF Supporters Have Told Apple Not To Scan Their Phones