Chrome 94: open all bookmarks of a folder in a tab group

Google is working on a new option for bookmarks in folders in the company's Chrome web browser. Launched in Chrome Canary already, Chrome users may use the new feature to open all bookmarks of a folder in a new tab group.

Current stable versions of Chrome display three opening options when you right-click on a bookmarks folder, e.g. on the bookmarks toolbar. The options allow you to open all bookmarks in the current window, in a new window, or in an incognito window.

Starting with Chrome 94, the option to open the bookmarks in a new tab group becomes available. Tab Groups are a relatively new feature in Chrome that users of the browser may use to group tabs. Each tab group has a name and an icon associated with it, and you may expand and collapse the group for better tab management in the Chrome browser.

When you select the open in new tab group option, Chrome displays the standard tab group dialog. You may use it to change the name of the tab group, the default is set to the name of the bookmarks folder, and the color. The group is expanded by default, but you may collapse it with a click on its header.

Google added first bits of the Tab Groups feature to Chrome in 2020. Rumors about the upcoming feature emerged in 2018, but it took nearly two years to integrate core functionality in Chrome. New features, like the ability to collapse tab groups, something that is highly important, were added in 2020 as well to Chrome.
Click to expand... 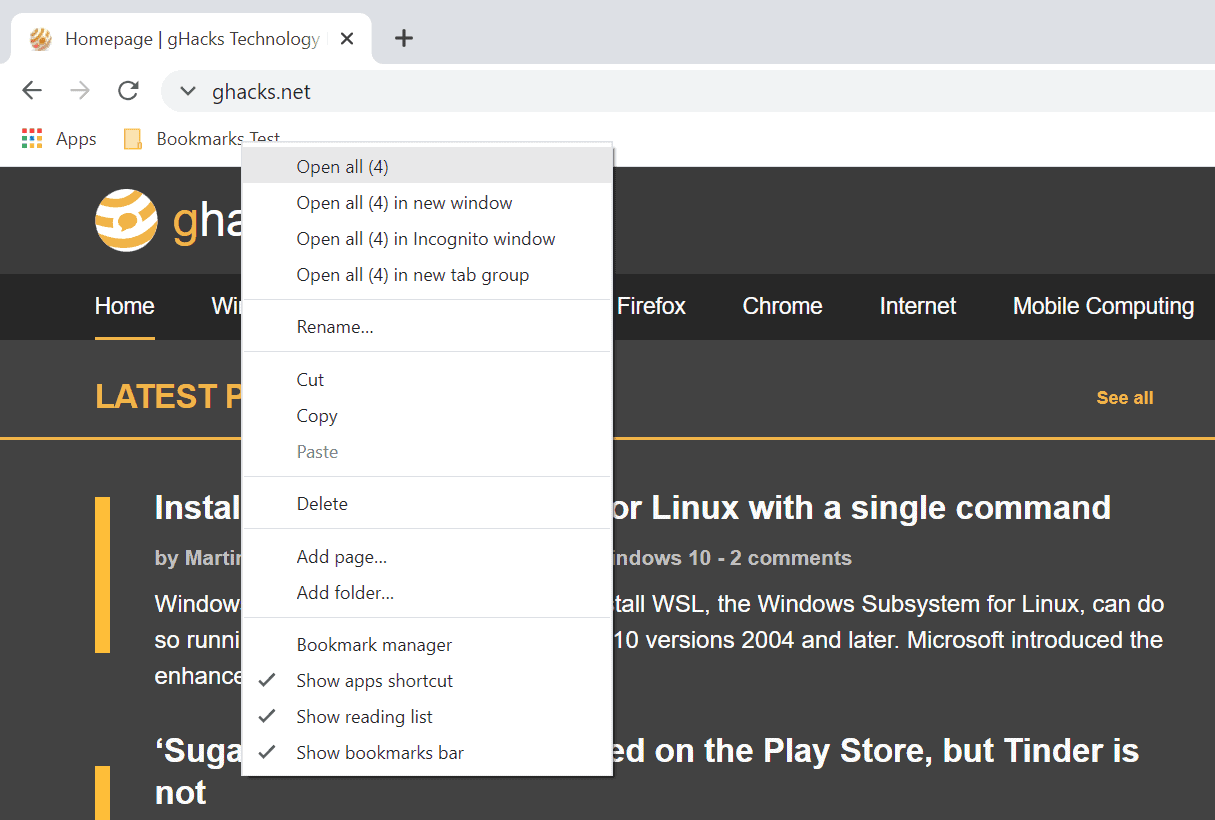 Google Chrome: open all bookmarks of a folder in a tab group - gHacks Tech News

Google Chrome 94 is getting a new feature that enables users of the browser to open all bookmarks of a folder in a new tab group.
www.ghacks.net
Reactions: Venustus, oldschool, CyberTech and 3 others

Chrome users may soon save and restore Tab Groups​

Note that Google introduced the experimental flag in Chrome Canary to enable the saving of Tab Groups, but the feature is not fully working yet. While you get the option to save a group when you enable the feature, the functionality that handles the saving is not done yet. In other words, it is not functional at this point, but will become functional soon.

To enable the feature, do the following:
Once enabled and restarted, right-click on the head of the Tab Groups and toggle the Save Group option. 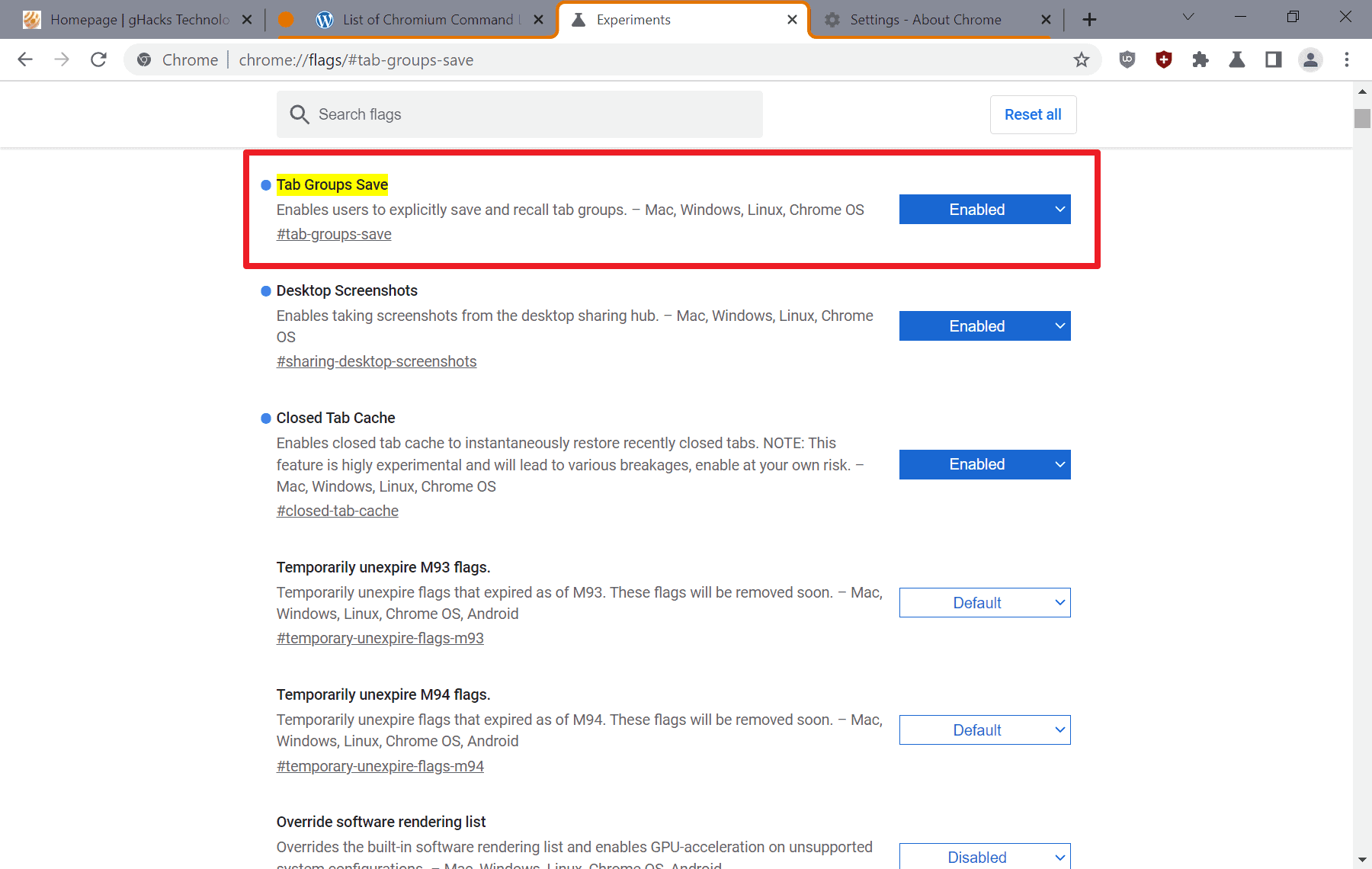 Google is working on expanding its Chrome web browsers tab grouping functionality by adding save and restore options to the feature.
www.ghacks.net
Click to expand...