Chrome 98 is adding support for COLRv1 color gradient vector fonts, which are an evolution from their COLRv0. They bring more expressive visual capabilities in the form of gradients, compositions, transforms, multi-colored letters, even at very small font sizes. Google boasts that it was able to render the Noto Color Emoji using the COLRv1 font format with the size coming in at 1.85MB after WOFF2 compression. Meanwhile, the standard bitmap font takes up 9MB for the same emoji, making this a significant improvement.

As with any new browser feature, it is somewhat important to get a buy-in from other web browser vendors and web developers to ensure seamless cross-compatibility. Although Mozilla and web developers have cited their support for the new vector font, Apple's WebKit and Core Text team have provided a negative signal for the proposal. Their reasons for opposing COLRv1 are as follows:

Regardless, the COLRv1 font format will be supported in Chrome 98.

Apart from this, other smaller improvements and enhancements are included in Chrome 98. Simple Data Encryption Standard (SDES) for key exchange is being phased out too because it has been dubbed as "historic" and is thus, a security risk.

A CSS media query is also being made available to web developers so that they can automatically detect HDR displays and render their content accordingly. For color adjustment, the "only" keyword has been reintroduced to the CSS color-scheme specification.

In lieu of a potential performance benefit and ease of development for some use-cases, support for Promises is being added for "ClipboardItem" objects. Moreover, developers can also utilize the "self.structuredClone()" method to clone and transfer objects. To avoid confusion and enable interoperability with standard specifications, some APIs for window popups are being changed too.

Stream writes can now be terminated immediately and Cross-Origin Resource Sharing (CORS) preflight requests can also be sent to target servers on private networks to first explicitly ask for permissions before subresources are accessed. Another method empowers developers to enable easier deletion of files using a file handle instead of being forced to get the parent directory first.

But that's not all, there's also a bunch of new stuff in DevTools for Chrome 98, be sure to check out all of them here.
Click to expand... 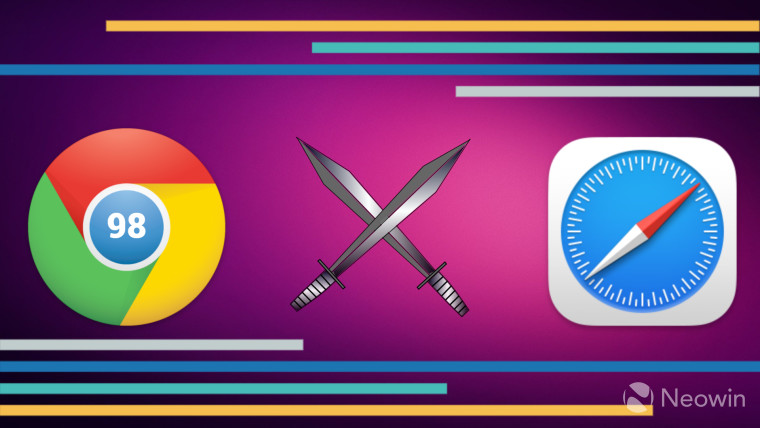 Chrome 98 will be arriving later today with support for a new color gradient vector font that Apple's WebKit team has expressed a dislike for. Chrome 98 also removes SDES encryption for key exchange.