From our friends at neowin.net:

The latest Canary build of the Chromium browser has been updated to use Windows 10's modern printer dialog just a month since the integration of the modern proxy settings in the browser.

www.neowin.net
As an active contributor to the Chromium project, Microsoft is making changes that would help the open-source browser integrate better with Windows 10's modern look and feel.
The latest change that is now available in the Chrome Canary builds is the modern printer panel. 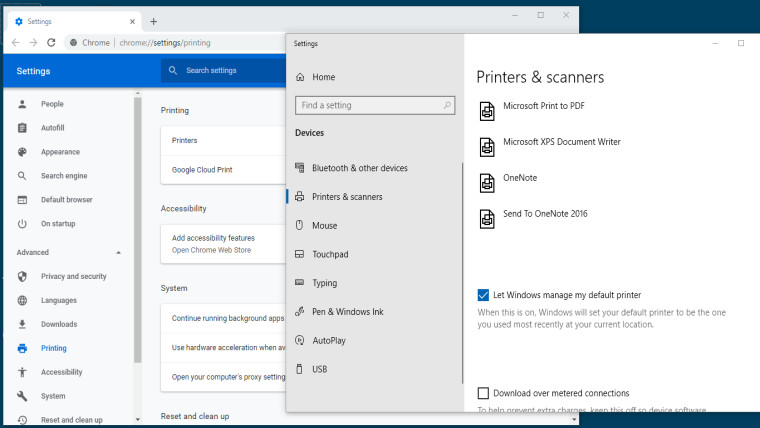 In the recent past, Microsoft has proposed the use of more Windows 10 features in builds released for its operating system such as the use of the Windows 10 spellchecker in the browser.
Last month, the proxy settings were updated by a Google engineer to use the modern Windows 10 panel instead of the Internet Explorer version.
It should be noted that the latest change to the printer management feature is available in RS1+ builds of Windows 10 as mentioned by the developer.
These versions of Windows 10 provide the protocol to use the modern printer panel instead of the legacy control panel version.
Users on the latest Chrome Canary builds should be able to see this change already, but Microsoft's Edge Canary builds are yet to feature it.
Source: Chromium Gerrit via Windows Latest
Reactions: brambedkar59, kev216, upnorth and 6 others