I'd like to enter this Giveaway as well, so here are the requested links:

Good luck to all participants, and thank you MalwareTips for organizing such giveaways!

Thank you for the giveaway.
My share on FB
Reactions: stefanos

Wonderful Giveaway! Emsisoft has established itself as one of the most reliable and powerful antimalware in the industry.

I have been using Emsisoft Emergency Kit regularly to scan my and others computer for malware, and doing so since 2008 when it used to be known as A-Squared free. A-Squared added secondary scanner first on v4 and it was Ikarus. Ikarus was a great scanner with high false positives. I remember getting infected with worm in 2008 and then recovered the files and folders on my computer using A-Squared free.

Later Emsisoft changed the secondary scanner to Bitdefender which has more reliable detection and low false positives. I like the fact that Emsisoft Antimalware is not a blatant clone of Bitdefender and has significant in-house components to complement Bitdefender's engine. I was impressed with its behaviour blocker which previously was also offered in a separate product called Mamutu. They have also incorporated the behavior blocking technology from Online Armour which they acquired in 2010. They have also made a strong website blacklisting component which can be party experienced with the browser extensions offered by Emsisoft.

So, yes I would like to enter the Giveaway to use the Anti-malware again.

Please review if I've followed all the instructions. I do not use Twitter unfortunately.
1. My introduction to MT.
2. My Security Configuration Thread.
3. Liked Emsisoft & MalwareTips on Facebook.

Hi.
Thanks for the giveaway and all the best to everyone.
here is my share:

Great appreciation for this giveaway!

Hello. Above my updated security config.

Hello users, Nice to meet you all. Regards, pisondi. :love:

Great Thanks for Exclusive Event

Thanks Ex for the giveaway.
I have used it before and liked it. It's a recommended security software, coming from a reputed vendor.

Hello,
Thank you for the giveaway. Here am I,

Our Lucky Winners For The Emsisoft Anti-Malware Giveaway Are 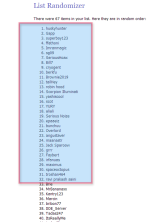 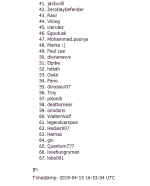 Congratulations to all our winners For those who didn't win there are more great giveaways coming soon!
All winners will be sent a private message with details on how to claim their license.
If a winner does not respond within (5) days,then a new winner will be selected in order from the posted list.​
Reactions: barti, BoraMurdar, SeriousHoax and 23 others

Congrats to all winners.
Reactions: Deletedmessiah, Overlord, Gandalf_The_Grey and 7 others

Congrats
Reactions: grrr, Imranmt, robin hood and 5 others
I

Congratulations to the lucky winners
Reactions: grrr, Imranmt, robin hood and 5 others

Congrats to everyone who won.
Reactions: grrr, Imranmt, robin hood and 4 others

Thank you and congrats to the other winners
Reactions: grrr, Imranmt, Overlord and 4 others
S

Thanks and congratulations to all the other winners.
Reactions: Marko :), grrr, Imranmt and 1 other person

Thanks a lot to MT for organizing such giveaways!

Congratulations to all the other winners

And for those who lost, I wouldn't worry too much, surely MT got more of them for us soon enough!

Happy surfing everyone.
Reactions: Marko :), grrr, Imranmt and 1 other person

Thanks and congratulations to all the other winners ...
Reactions: Marko :), grrr and Imranmt

Other Security for Windows Apr 4, 2022
Watchdog