EU to charge Apple with anti-competitive behavior this week

Case began two years ago and is one of several involving the iPhone maker.
Click to expand...

Margrethe Vestager, the EU’s competition chief, will later this week issue charges against Apple stating that its App Store rules break EU law, according to several people with direct knowledge of the situation.
The charges relate to a complaint brought two years ago by Spotify, the music streaming app, that Apple takes 30 percent commission to distribute apps through its iPhone App Store and forbids apps from directing users to pay for subscriptions elsewhere.
Brussels opened an official competition investigation in June, when Vestager said Apple appeared to be a so-called gatekeeper “when it comes to the distribution of apps and content to users of Apple’s popular devices.”
Apple, which has denied any allegations of anticompetitive behavior, did not immediately reply to a request for comment. At the time of Spotify’s initial complaint, Apple said the music app wanted to “keep all the benefits” of its App Store “without making any contributions to that marketplace.”
The case is one of the most high-profile antitrust cases in Europe against a US tech group. The people familiar with the process warned that the timing could still slip.

Brussels is also investigating Apple for allegedly breaking EU laws when it comes to promoting its own ebooks over rivals on the App Store and over concerns that it undermines competition in mobile payments by limiting access to the near-field communication chips in iPhones for rivals to Apple Pay.
If Apple is ultimately found guilty of breaking EU rules, after a long period of potential appeals, the company faces a fine of up to 10 percent of global revenues.
Click to expand... 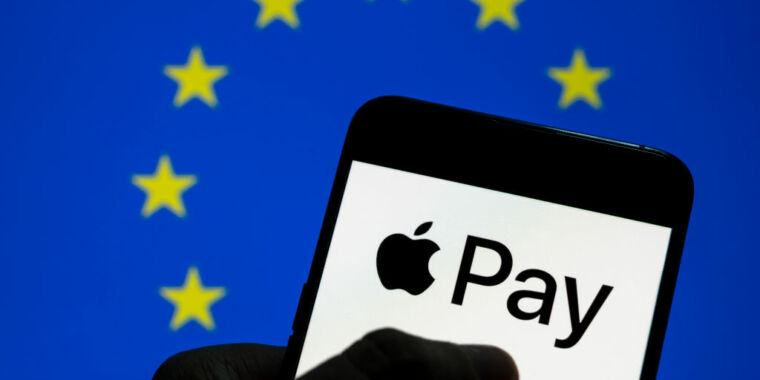 EU to charge Apple with anticompetitive behavior this week

Case began two years ago and is one of several involving the iPhone maker.

arstechnica.com
Reactions: Venustus, SecureKongo, ForgottenSeer 85179 and 2 others
You must log in or register to reply here.