Facebook is disabling several features in its Messenger and Instagram apps for people in Europe, to make sure they comply with a change in privacy rules.

From 21 December, messaging apps will fall under EU rules known as the ePrivacy directive. Facebook has decided to switch off several interactive options and offer just a core messaging service until it can add the extras back in. Group chat polls on Messenger are among the tools to be switched off. The ability to set nicknames for friends on Messenger will also be deactivated, while the sharing of augmented-reality face filters via direct message on Instagram will also be switched off in Europe. Facebook said it had not published a list of all the features it was suspending in Europe because it would be quickly reactivating ones that it was confident complied with the rules.
Click to expand... 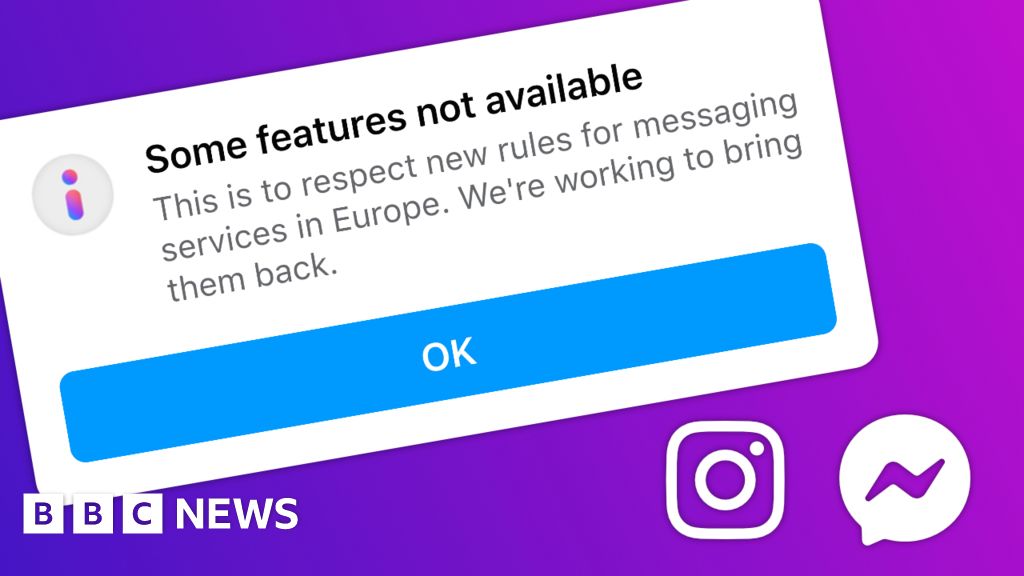 The company says some of its messaging features may need to be adapted to comply with EU rules.
www.bbc.com
Reactions: Nevi, Venustus, SeriousHoax and 10 others
You must log in or register to reply here.