Starting Firefox 100, Windows 7 SP1 users must have installed the KB4474419 update to install Firefox, otherwise, its installation may fail. This is because Mozilla has signed Firefox for Windows installer with a SHA-256 digest than SHA-1.

Some Windows Updates, especially Security updates are pretty mandatory. If users don’t install them on their device Windows may not work properly and you can’t install certain apps also. Such is the case with Firefox 100 release on Legacy Windows OS.

You may have the update automatically installed by now.

If you don’t have the mandatory update installed, Firefox installation may fail and you could receive errors like the below or another:

The operating system does not support the SHA-2 as the signature algorithm. To install the application, you must install Windows Security update KB4474419.” 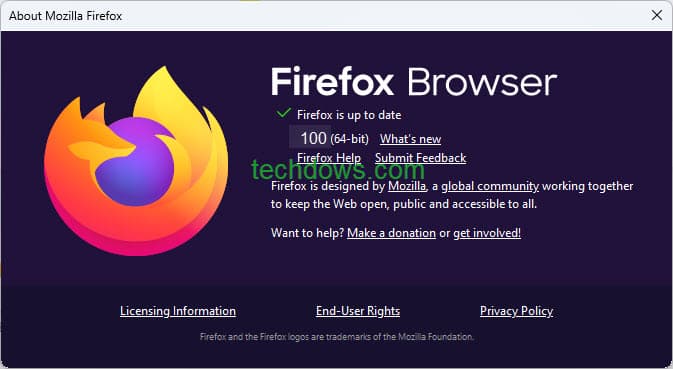