WhatsApp is rolling out a new feature to its beta client currently that enables users of the messaging service to send media that recipients may view once only.

Media, photos or video files, that users include in messages to others have no view limitation or expiration date in WhatsApp. Recipients may save media that is sent to them so that they can keep the image or video files indefinitely.

View Once is a new feature that gives senders more control over the media that they include in their messages. The feature landed in WhatsApp version 2.21.14.3.
Click to expand... It becomes visible on the "add a caption" and filters screen after you have selected media for sending. A new 1-icon is displayed on the right side of the caption field. Activate it to make the selected file a view once file.

WhatsApp displays an overlay on first use of the feature that explains the functionality.

Send photos and videos that can only be viewed once.
For more privacy, your photo or video will disappear from chat after the recipient opens it once. Remember, people can always take screenshots.
Click to expand...

The photo or video is deleted automatically by WhatsApp once it is opened by the user. View once works for individual chats and group chats. If you have enabled notifications, you will be informed when the media has been accessed by the recipient.

WhatsApp notes that using view once is not a 100% secure option to make sure that media is viewed once only and not saved. Users may capture screenshots of the media, or use another device to capture the "view-once" video or photo.
Click to expand...

WhatsApp introduced a disappearing messages feature last year that users of the service may enable to have their messages deleted automatically after seven days. The feature can be enabled for individual contacts only by tapping on the name of the contact in WhatsApp chat and toggling the "disappearing messages" option on the preferences page that opens.

The view once feature will be introduced soon in non-beta versions of WhatsApp.
Click to expand... 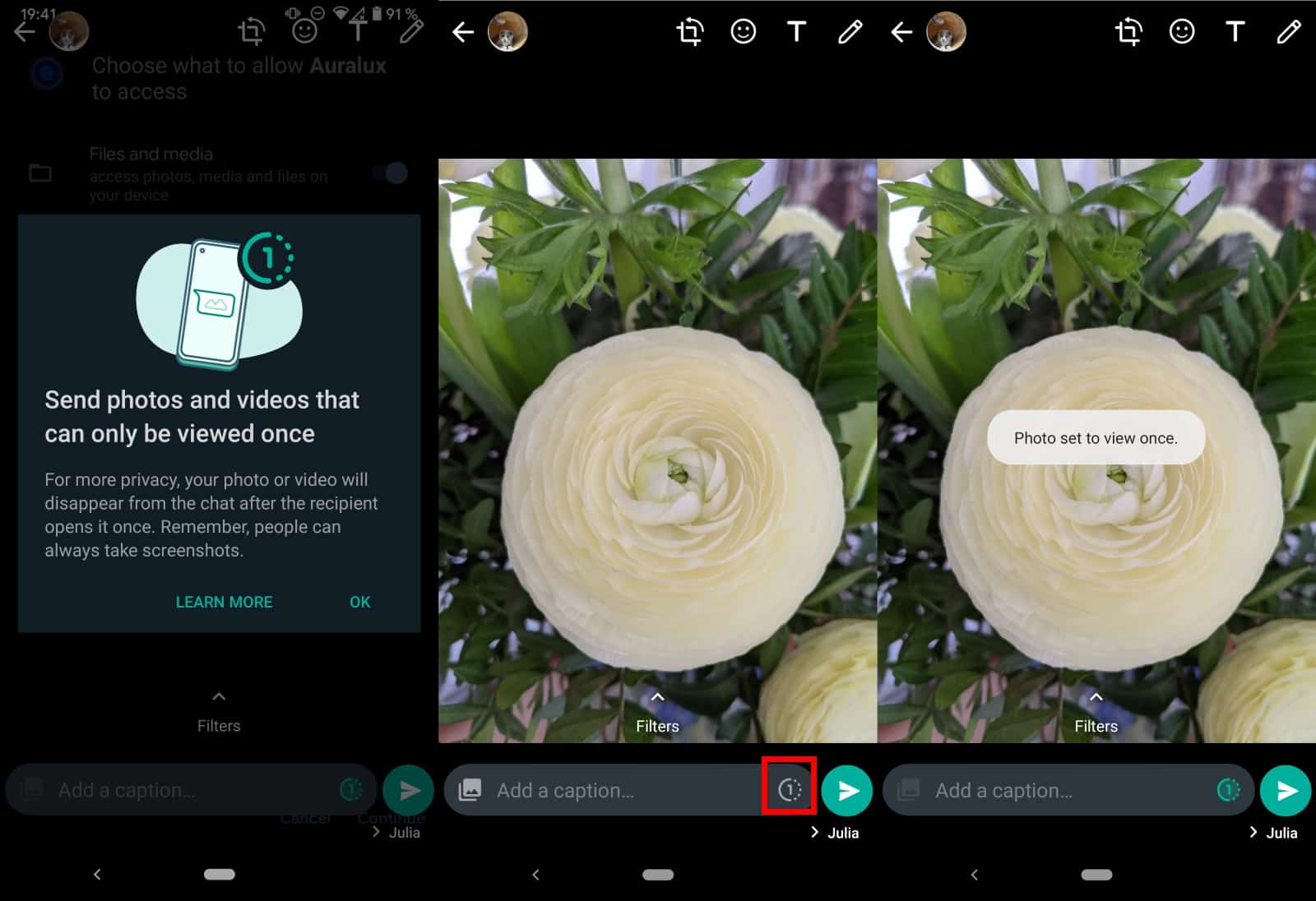 A first look at the new View Once feature in WhatsApp that enables users of the messaging service to send photos and videos that are removed after the first view.
www.ghacks.net
Reactions: Venustus, Gandalf_The_Grey, SeriousHoax and 3 others

View Once is a new feature that’s finally available on WhatsApp. The beta version was released in July 2021, and after successful testing, is now being rolled out to all WhatsApp users. The new feature allows recipients to only open the message once before disappearing.

While the View Once feature aims to give senders more control over the media they send, therefore adding more privacy to the chatting app, there are still a few minor kinks to sort out.

Another issue with this new feature is that if you send a View Once message to a group on WhatsApp with blocked users, these blocked users will also be able to open and view the message.
Click to expand...

How to use View Once​

Once you’ve installed the new WhatsApp update coming this week, you’ll have the ability to use View Once on your messages, media, and voice notes. You can find this option by tapping the paperclip icon, adding or recording your media, and tapping the 1 icon next to the send button. By doing this, the message will only be able to be viewed once by the recipient.
Click to expand... 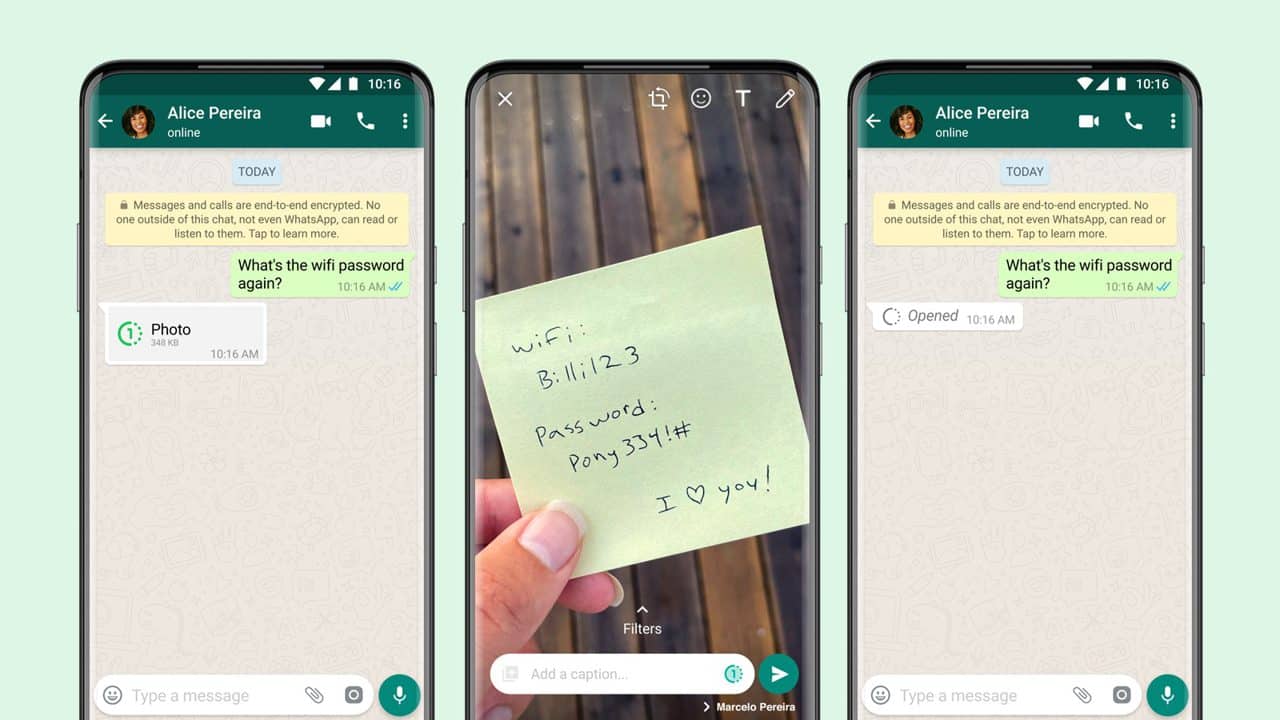 The new View Once feature allows recipients to only open the message once before disappearing, providing more privacy.
www.ghacks.net
Reactions: Venustus, harlan4096 and CyberTech

Code Verify: An open source browser extension for verifying code authenticity on the web (for WhatsApp)

WhatsApp is bringing a few new features, including iOS to Android migration