Google search is finally officially getting dark mode on desktop 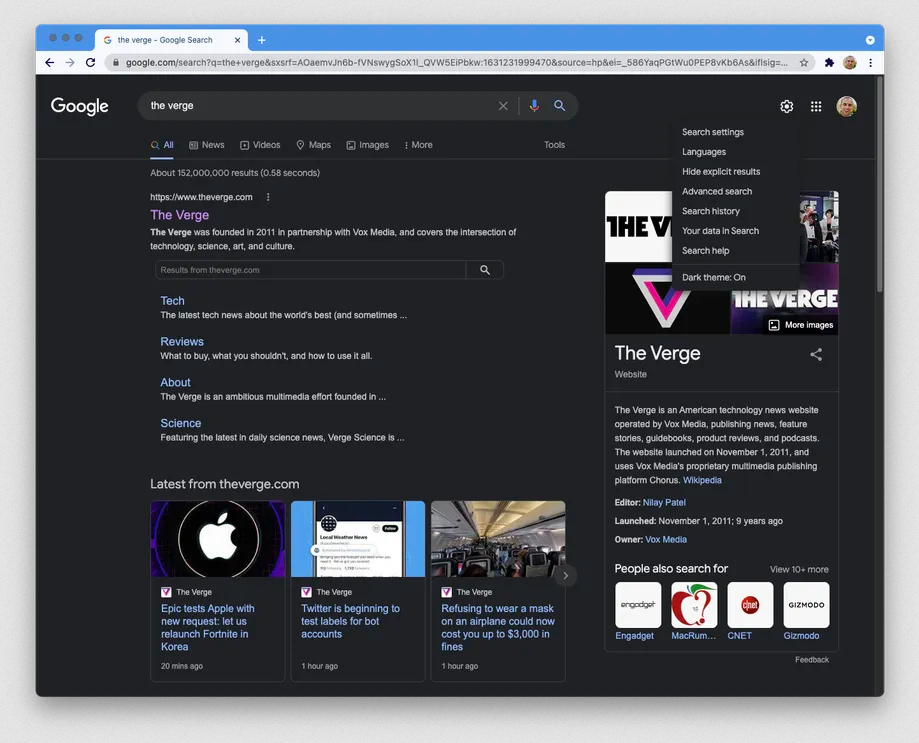 Google is finally adding an official dark mode to search on desktops, letting those who prefer to avoid bright webpages complete their searches while bathed in inky gray (via 9to5Google). According to Google’s support page, you can make the change by going to Settings > Search Settings > Appearance. There, you’ll be able to choose light, dark, or device default, which will automatically follow your computer’s mode. If you don’t see the Appearance option, you may have to wait a bit: Google says the setting will be “rolling out over the next few weeks,” as many of its updates do.

Google has been toying with dark mode search for a while now — we noted that it was in testing in February. To take you behind the scenes a bit, since then, we’ve had a few staff members randomly get and lose dark mode as the test continued. Now, though, it’s finally official.
Click to expand...

Google search is finally officially getting dark mode on desktop

Bring on the grays.

And you probably need to sign in to keep your settings. Don't worry about tracking, G has a very detailed Privacy Policy.
Reactions: CyberTech, SpiderWeb, KonradPL and 4 others
K

it seems nice,
what I mean, one account run on different devices like phone and pc both can use one time setting of dark mode! I'm not impressed with chrome theme setup
You must log in or register to reply here.

Microsoft is rolling out dark mode for Windows 10 Search