The release of HWiNFO64 7.0 is another milestone release; this one changes the licensing of the application into a free version that is available for non-commercial use only, and a commercial version called HWiNFO64 Pro.

The Pro version supports several features that the free version does not support. The new licenses page lists automatic reporting via the command line, automatic sensor logging via the command line, unlimited shared memory support, and a maximum remote monitoring limit of 50 (opposed to the 5 machine limit of the non-commercial version). All other features are identical.

The Pro version is available for £18.06, about 21 Euro and US Dollar (plus VAT where applicable).
Click to expand...

HWiNFO64 7.0 comes with a number of improvements and enhancements. Monitoring and reporting has been improved for a number of devices, including ASROCK J4105-ITX, Z590 Taichi and Z590 PG Velocita, for LPDDR3/LPDDR4/LPDDR4X memory, MSI H510 series motherboards, and ASUS Z590 motherboards.

As far as features are concerned, support for monitoring the GPU HotSpot temperature of NVIDIA GPUs was added in the release, preliminary support for DDR5 thermal sensors was added, and AMD Navi monitoring was consolidated.

You can check out the full version history on the official website in case you are interested.

The program displays two windows on start: one that provides a system summary that lists important hardware devices and information, the other the main interface that provides more details on system hardware and connected devices.
Click to expand... 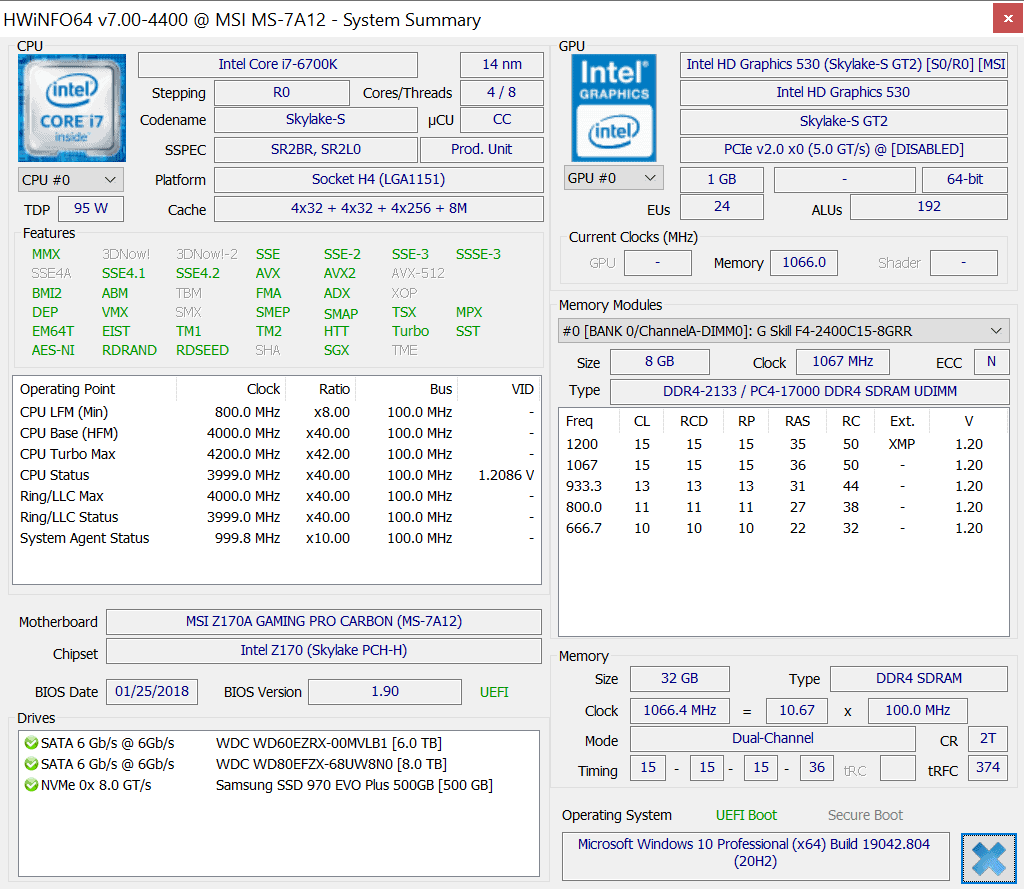 The release of HWiNFO64 7.0 is another milestone release; this one changes the licensing of the application into a free version that is available for non-commercial use only, and a commercial version called HWiNFO64 Pro.
www.ghacks.net
Reactions: Cortex, ForgottenSeer 85179, plat1098 and 6 others

The free version is nearly the exact same as it always was. Major changes are already named like command line features and more client support. Additional this may be of use for some, or maybe not:

License duration and Maintenance period:
A license is issued with a limited maintenance period during which the licensed subject is entitled to use the license key on all updates of the Software at no additional cost. After expiry of the maintenance period, versions issued before the expiry date will continue to work as licensed copies, but all versions released after that date will require a new license. A previously purchased license can be extended via a renewal request at a reduced cost. Existing customers can opt-in for auto-renew (automatic notification and renew when license is about to expire) or manual renew until cancelled.
For licenses exceeding the available amounts, unlimited licenses or special requests please contact us directly.
Click to expand... 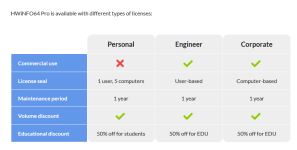 So it is that time again, for a new freeware to sprout out, since this once will bite the dust soon, following SIW, Sandra and many others before them. 2-3 more versions and free is out.
Reactions: Cortex, ForgottenSeer 85179, venustus and 1 other person

On one hand I can understand, why they opt for a commercial version after having had it for freeware license all these years. But yes, for a lot of software companies it does end up that way. I hope this one sticks the way it does. For the majority of the users the Commercial version holds no features interesting enough for them. Which tells me that they at least thought it through as there is barely a difference for an end-user as opposed to an IT admin.
Reactions: plat1098 and venustus

Well it's more detailed for NVIDIA gpus at least (free version). It's now shown in decimals of degrees plus there's an additional "hotspot" reading. For someone w/SLI and/or needs that extra precision and detail for benchmarking, etc. I guess it's an improvement.

There's an article out now on TPU speculating NVIDIA (no AMD yet) gpus will be back in stock in June, at msrp. In the year 2022, that is.

Reactions: silversurfer, Cortex, harlan4096 and 4 others
You must log in or register to reply here.