Internet disrupted in Iran amid protests over death of Mahsa Amini

The incidents come amid widening protests against the government after the death of Mahsa Amini from Saqqez in Kurdistan province
after her arrest by Iran’s morality police for allegedly violating Iran’s strict hijab headscarf rules.
Click to expand... 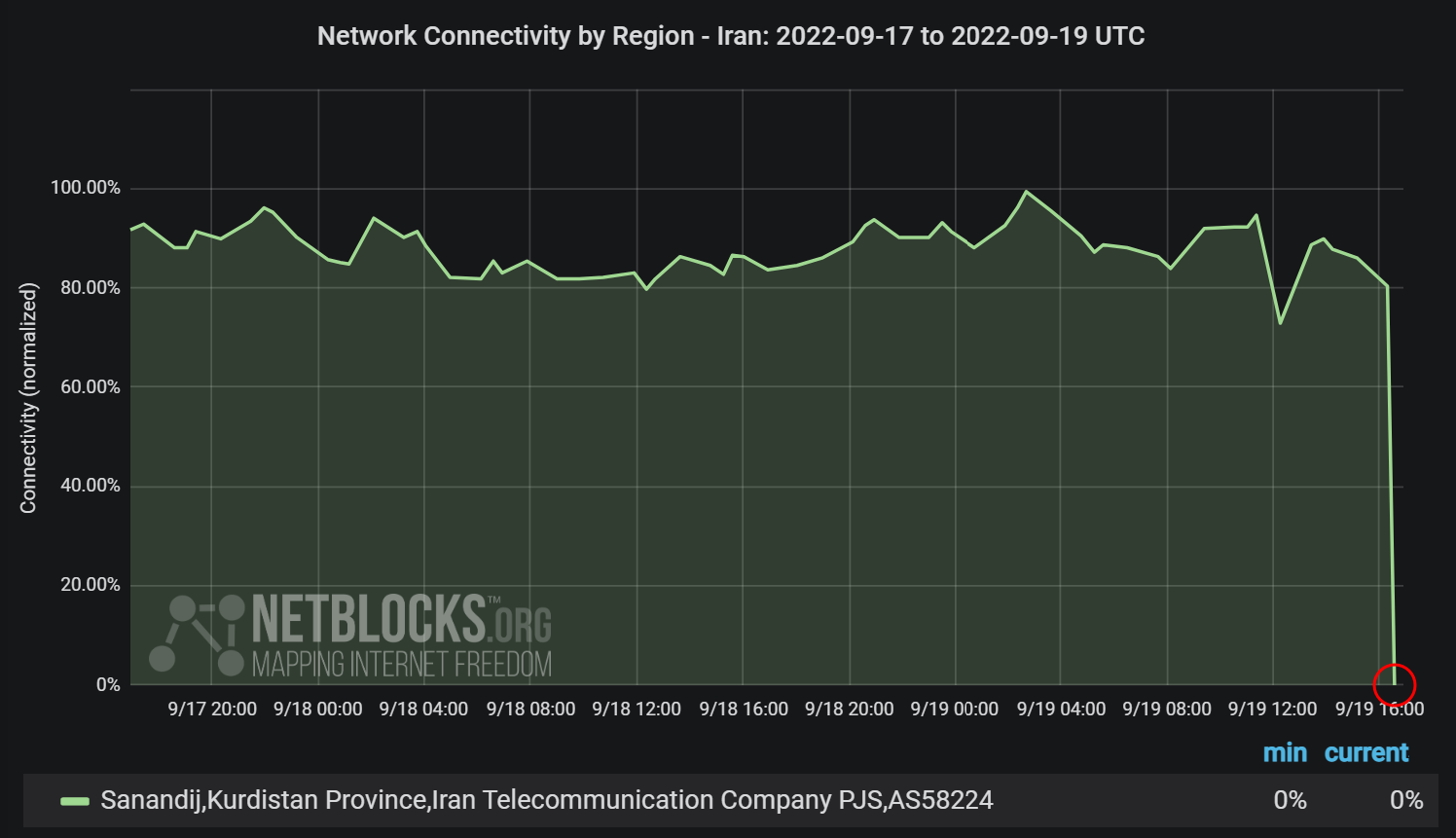 Network data from NetBlocks confirm a near-total disruption disruption to internet service in parts of Kurdistan province in west Iran from the evening of Monday 19 September 2022. The regional ...

netblocks.org
Reactions: gigi64, Gandalf_The_Grey, shmu26 and 6 others
You must log in or register to reply here.