Verified
Content Creator
I just came across this antivirus. It uses multiple scan engines including Tencent's TAV Engine and uses both local and cloud signatures. The detection rate does not seem to be that good, but it can automatically upload suspicious files to the cloud for analysis. There is a download link in the second link below. Although the website says it is a trial version, it has been listed on Chinese download sites as being freeware and it does appear to be the full version with no limitations.

The ZAV engine is their own, not Zillya''s. This is good, since Zillya has major issues with false positives.

Just speculating here, but maybe it's using Baidu? Tried matching a signature detection on virustotal with ctrl+f and Baidu was the closest similarity. As far as I can tell, it's their own engine.

Verified
Don't use it. It seems stop maintenance two years ago. 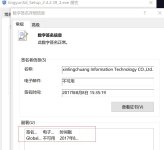 Jerry.Lin said:
Don't use it. It seems stop maintenance two years ago.
Click to expand...

It seems that is is still receiving definition updates.

roger_m said:
It seems that is is still receiving definition updates.
Click to expand...

Right... How is it detection rate now? I'd tested it long ago and it's very poor...

It looks suspicious to me. Lots of features and a proprietary engine developed from scratch and they're offering the product for free?
R

Jerry.Lin said:
Right... How is it detection rate now? I'd tested it long ago and it's very poor...
Click to expand...

It's still not that good. But, I'm only using it to test it, not as my main antivirus. As I mentioned in my first post, it submits suspicious samples to the cloud for analysis. In theory this should help with detection rates, once files have been analysed. However, it does not show a record of what files it uploads, unlike 360 TS or Comodo for example, so I have no idea what (if anything) get uploaded. With 360 TS for example, it shows what files it has uploaded and gives a verdict on them within 24 hours.

So far there have been no database updates, other than initial one after installing it. I scanned a folder containing malware this morning and there were 4 files detected, that were missed yesterday.

When I installed it yesterday and ran a quick scan, it detected a lot of malware in a folder of malware on my desktop. When I ran a context menu scan of the same folder removing all the threats, it found a few hundred more threats, that had been missed in the quick scan.

Edit: It has updated now. It looks like they only update their definitions once a day.
R

Verified
Content Creator
Jingyun's cloud analysis of unknown samples is working. When I installed this four days ago, I scanned a very large malware pack with it and the detection rate was not very good. I've been scanning the same malware collection every day, to see if they added detection for some of the unknown samples, as it uploads suspicious files to the cloud for analysis. This morning, another 963 threats were detected. I ran another scan just now and 3 more were detected. The threats were detected by Jingyun's cloud engine.

Even with the extra threats detected today, the detection rate is still not good. But it's good to see that they do add detection for some unknown threats, even if takes time.

The local signatures are updated just about every day.
R

Verified
Content Creator
They are continuing to add detection for unknown samples. It's now twelve days since I installed and in that time they've added detection (via their own cloud engine) for over 2,500 samples from a large malware pack that I scanned after installing it.

Thirio said:
Just speculating here, but maybe it's using Baidu? Tried matching a signature detection on virustotal with ctrl+f and Baidu was the closest similarity.
View attachment 213391
Click to expand...

Chinese vendors have similarities, and most importantly exchange of the samples might have taken place,, so similar close detection names.

There is on the following site, as I explained in my original post.

Verified
Content Creator
I've had this installed on a test computer for a few months now. The cloud scanning is very unreliable. Sometimes when you run a scan, it fails to detect files that it had previously detected. However, they are still adding signatures for threats missed from a large malware pack that I scanned after I first installed it. More than 99% of the missed threats, that have later been detected, are detected by the cloud engine, rather than local signatures.

I wish all antiviruses would have such options. I despise auto quarantine.
You must log in or register to reply here.