The Document Foundation released LibreOffice 6.0 Final, a new version of the free and open source Office suite, for all supported operating systems yesterday.

The new version of the application is available for all supported desktop operating system -- Linux, Mac OS and Windows -- and as a cloud version.

LibreOffice 6.0 comes with a big list of changes and improvements that improve interoperability, security, core apps and the help system. 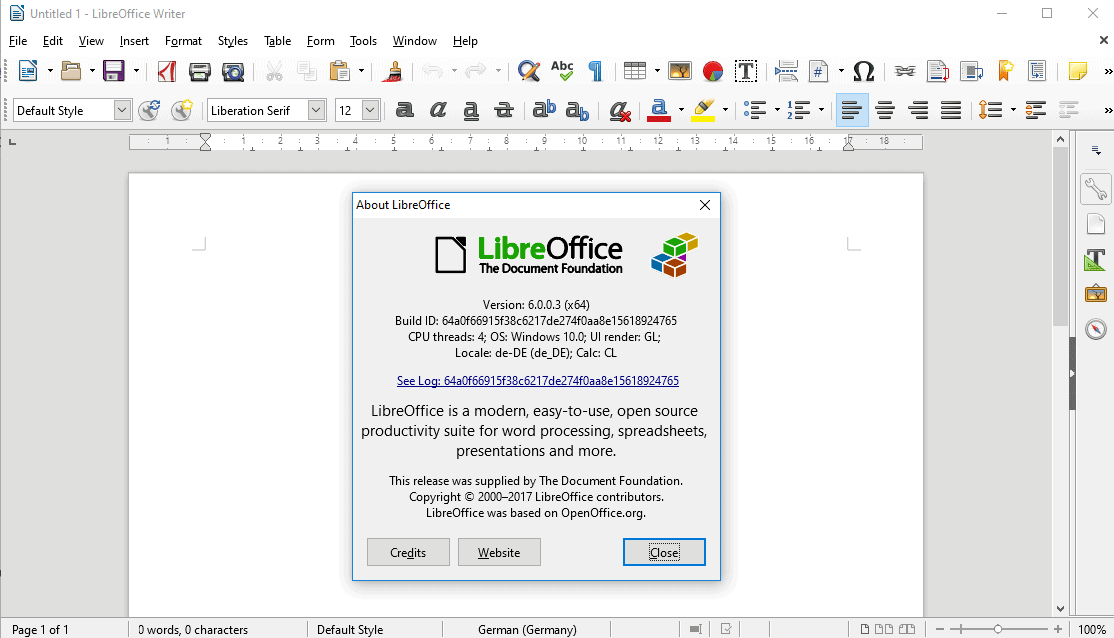 Here is an overview of important changes in LibreOffice 6.0

The official blog post is a good starting point to find out what is new in the new version of the Office program. A full list of all changes is in the Release Notes.

LibreOffice is a powerful office suite; its clean interface and powerful tools release its creativity and improve productivity. LibreOffice incorporates several applications that make it the most advanced free and open source office suite on the market. The Writer word processor, the Calc spreadsheet, the Impress presentation editor, the Draw drawing and flowcharts application, the Base database, and the Math equation editor are the components of LibreOffice.
Last edited by a moderator: Feb 13, 2018
Reactions: HarborFront, Mahesh Sudula and harlan4096