MediaMonkey 5.02 Final has been released

MediaMonkey 5.02, a new version of the powerful music management software, has been released. New and existing users may download the version from the official website, or by selecting Help > Check for updates from within the application's interface. 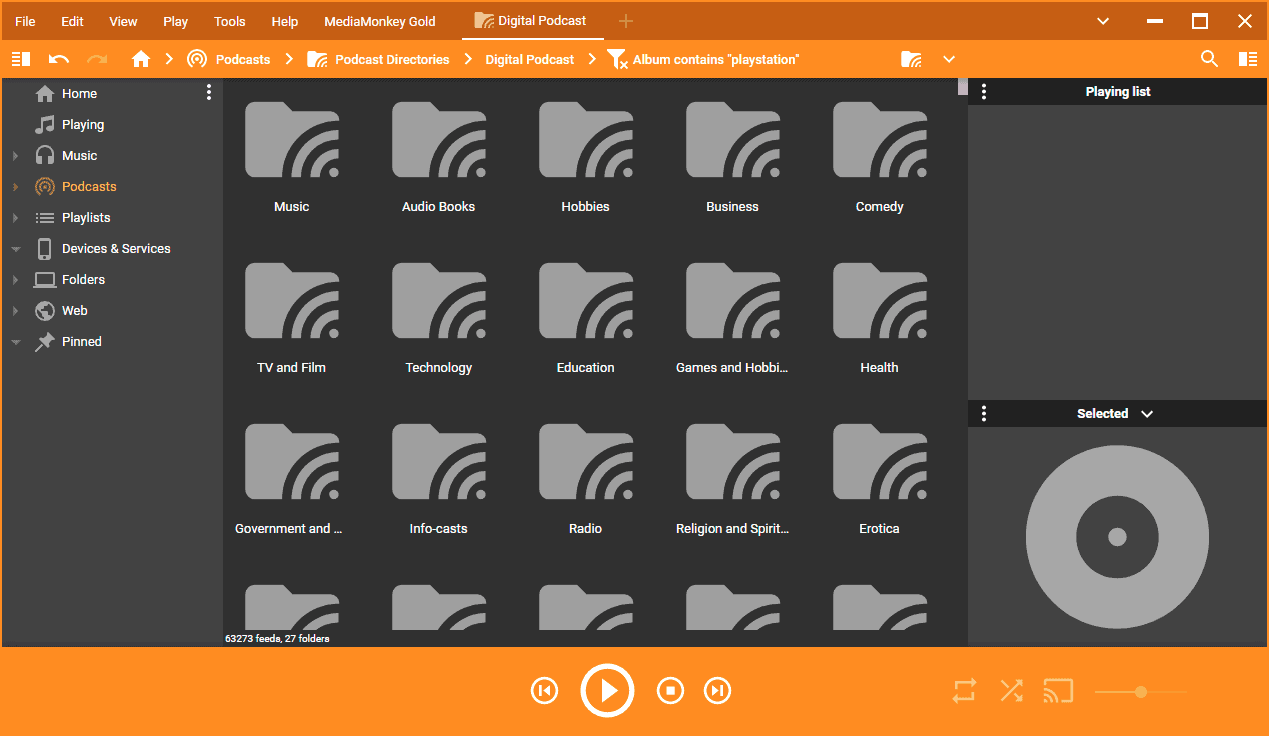 Development of the new version of MediaMonkey started in 2016, when an initial test build was released on December 20, 2016. The developers had big plans for the release, including creating a modern user interface foundation, improved integration with music services, and cross-platform support:

We're really excited to begin pre-release testing of MediaMonkey 5. MediaMonkey 5 is a major overhaul of MediaMonkey. It creates a foundation for a more modern UI, includes a framework that allows MediaMonkey better integrate with cloud/music services, allows MediaMonkey to become cross-platform and support different form factors; improves developer interfaces so that it can be customized to a greater degree, and lays the groundwork to make it a more social experience.
Click to expand...

The company that developers MediaMonkey, Ventis Media Inc, has not published a news post on the official site yet. A forum post links to the issues tracker, and filtering the results listing for that particular version returns 445 entries.

We reviewed MediaMonkey 5 Gold back in 2011, and a lot has changed since then interface-wise. The new interface looks modern, but without getting in the way of user activities. It is not simplified nor convoluted, and all the good features that made MediaMonkey a great music management application are still there.

Add folders with music to get these organized in the app, use it to subscribe to podcasts, or rip CDs, or use extensive tagging and searching features to auto-tag media or add missing tags to individual items or entire albums.

The full list of features is available here. You can check out the forum thread on the official forum, which offers a chronological listing of development versions and their changes. Users who are running MediaMonkey 4 may want to use the installer to create a portable copy of the application for testing purposes. It may also be a good idea to backup the database file.
Click to expand...

MediaMonkey 5.02, a new version of the powerful music management software, has been released.
www.ghacks.net
Reactions: The_King, JasonUK, Deletedmessiah and 5 others

...been using this software for a long time (Mediamonkey 4.X) to manage my audio collection/audio tracks on my NAS. I guess i will upgrade soon to version 5.x
Reactions: Venustus, Nevi, silversurfer and 1 other person
J

I've got v5 installed already and used v4 prior to avoid using iTunes but tend to use Sony's Media Go more (discontinued but still better than replacement Music Centre) as I use a Sony MP3 player rather than an iPod or iPhone...
Reactions: Venustus and Nevi

few days ago i also swiched to version 5.X of MediaMonkey. Been using Mediamonkey 4 since 2015 so I could save some bucks (discount for "Media Monkey 4 Gold" users: 40% off).
Upgrading to version 5.x was very comfortable: the installer automatically imported all settings and the data base from Mediamonkey 4.0.

Media & Playback Thursday at 7:58 AM
silversurfer