Finally, it happened. Microsoft has updated Edge for Android-based on Chromium 77 to v92 and is available to download on Google Play Store with built-in ability to take Screenshots, Send pages to other devices, Adblocker, and other features. Edge Canary, Dev, and beta already received the same treatment some time back. 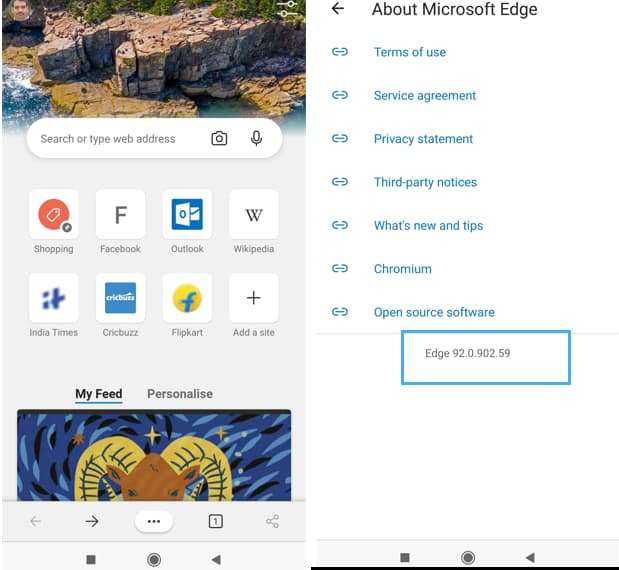 Now Edge on Android and iOS gets new features even faster thanks to Microsoft for unifying the codebase across all platforms. version.

Screenshot feature: Like Chrome, Edge on Android has a Screenshot feature built-in. Visit any page, tap on the Share icon to open the menu, and select Screenshot. You can able to save and share the captured image. Editing functionality is not working yet.

Edge also lets you synchronize passwords, open tabs, history, favorites, collections across devices. You need to sign in to your Microsoft Account for this.

Shopping Coupons: After collections. Edge on Android lets you save money when you shop on eCommerce sites by showing coupons. You can apply these coupons and take advantage.

You can download the Microsoft Edge browser for Play Store.

Apart from release, similar to its desktop counterpart, Edge on Android is available in beta, dev, and Canary verison. If you’re an early adopter, you can install them on your Smartphone.
Click to expand...

Microsoft has released Edge 92 for Android to Play Store and is available for download with Send to devices, Screenshot, Shopping Coupons features.