The download links for the Microsoft Edge stable are now live, in addition to the existing ones for preview builds in Canary, Dev, and Beta channels.


Officially, only early versions of Microsoft Edge are available right now, with Canary builds updated every day, while the Dev channel gets new improvements every week. The Beta build receives updates every six weeks.


Microsoft has until now remained tight-lipped on everything related to the stable version of Microsoft Edge, and an ETA as to when it could launch has never been offered.
Click to expand... 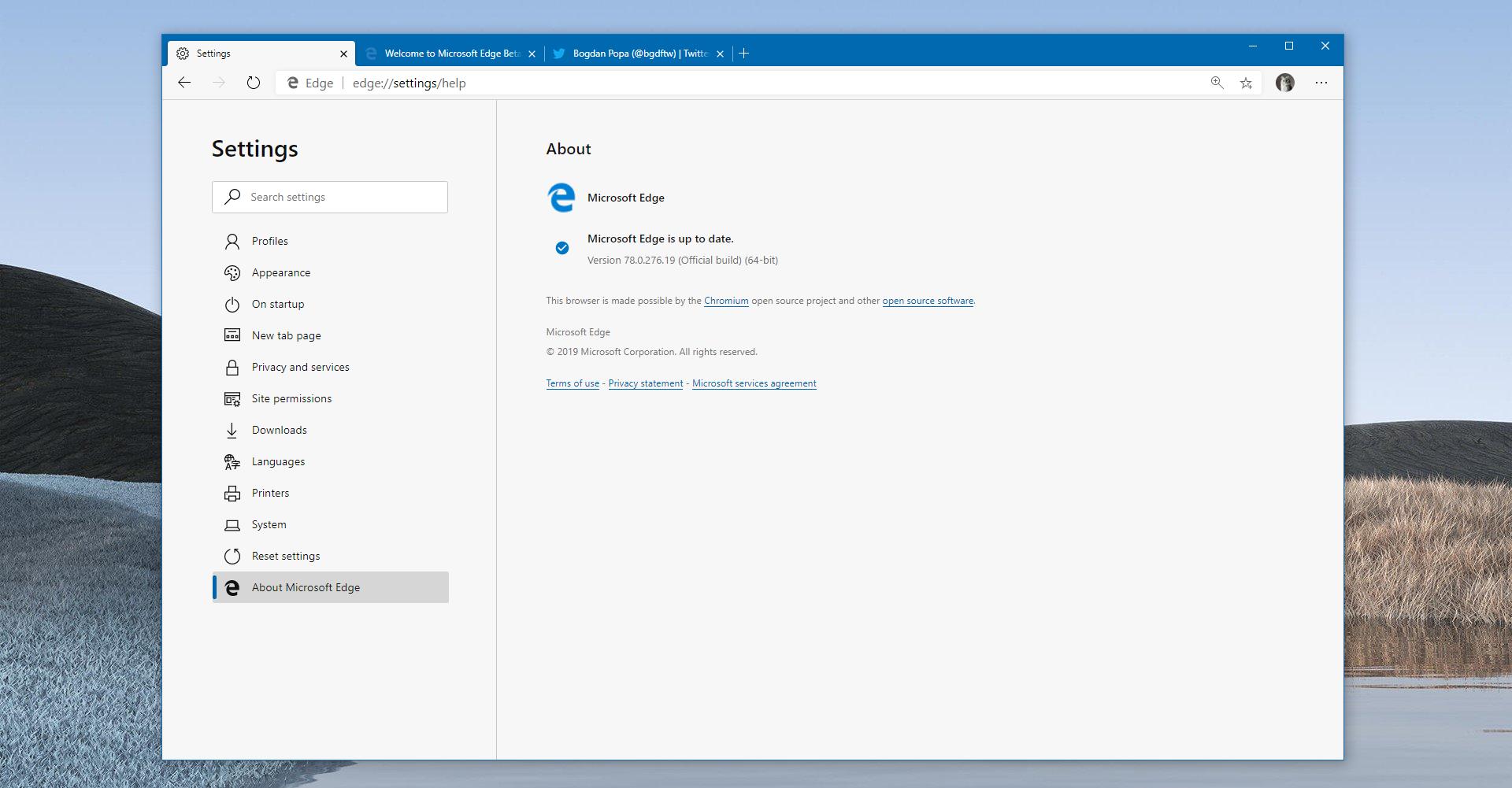 The stable build shows up on Microsoft’s servers 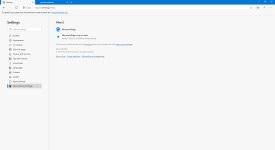 Stable version and still unavailable to sync extensions. Every time you reinstall you need to search for every extension again.
Reactions: simmerskool, Nevi, Correlate and 6 others

Edge have speed dial?
Reactions: Nevi, Correlate, cookinpro and 2 others

Does this uninstall the non-Chromium Edge browser?
Reactions: simmerskool, Nevi, Correlate and 5 others

Telos said:
Does this uninstall the non-Chromium Edge browser?
Click to expand...

Reactions: Nevi, Correlate, Venustus and 6 others

I was waiting for this. My guinea pig days are long gone so I skipped all the dev/beta versions. Will start testing today
Reactions: simmerskool, anna374, Nevi and 7 others This could be my new default browser. Everything exported from chrome went well without problem and all extensions works perfect.
Reactions: Nevi, Dave Russo, Correlate and 7 others

excellent browser.
currently I use it and I am very happy.
He has what it needs.
It has the opportunity to add all the extras with chrome.
is fast, it has a different possibilities of settings.
how it will be so well developed that everything will be fine.
keep it up.
It has a speed dial.
Reactions: Nevi, Dave Russo, amirr and 8 others

Wordward said:
Does it import FireFox bookmarks? Thanks.
Click to expand... By the way, how can a Chromium browser be a version ahead of Google Chrome? XD Wordward said:
Does it import FireFox bookmarks? Thanks.
Click to expand...

I couldn't import from FF. Yes from an HTML bookmark file.
Reactions: Nevi, Dave Russo, plat and 4 others

Thanks. I actually just read that it does import bookmarks from Firefox as well. I think Microsoft wants to win over more people. But I wonder about Opera users? I didn't see where bookmarks from that browser can be imported.
Reactions: Nevi, Dave Russo, Venustus and 1 other person

Telos said:
Does this uninstall the non-Chromium Edge browser?
Click to expand...

No. I believe it will ship with Windows at some future date. But I think I read somewhere if you have Chromium version and re-install, it may replace Edge old.
Reactions: Nevi, Dave Russo, Tiny and 2 others

View attachment 228216
By the way, how can a Chromium browser be a version ahead of Google Chrome? XD

I read that the Chrome version should be out today.
Edge Stable is the same version as Edge Beta at the moment.
Hope there will be an official announcement from MS soon.
Reactions: Nevi, Venustus, Handsome Recluse and 5 others

Installed here , it says official build. so its not called beta anymore and the old Edge non-chromium is gone.
I think i will stick with this one instead of Google chrome.
Reactions: Nevi, amirr, fabiobr and 8 others
F

I have been using it for a while.Only complaint is Google Chrome search results are more accurate than Chromium Edge.
Reactions: Nevi, Venustus and Cortex

BadToad said:
I have been using it for a while.Only complaint is Google Chrome search results are more accurate than Chromium Edge.
Click to expand...

Depends on search engine not browser itself.
Reactions: Nevi, AlanOstaszewski, Andrew999 and 8 others

Just installed it to test and I'd just like to point out to those using beta/dev/nightly builds that it won't automatically import your extensions. You'll have to manually download and configure every extension you use. Bookmarks are synced without any problem. I'll play with this for a few day before I uninstall the Dev build though.
Reactions: Gandalf_The_Grey, Venustus, Cortex and 1 other person

Microsoft Edge’s feature to share files between Windows 11, Mac, Android is getting even better

Update Microsoft bakes a VPN into Edge and turns it on