Microsoft's popular Windows 7 operating system reached the end of its support lifecycle in January 2020. The company launched ESU, Extended Security Updates, for Windows 7 and Windows Server 2008 at the same time. Officially only available for businesses and Enterprise customers, ESU guaranteed a support extension by up to three years. 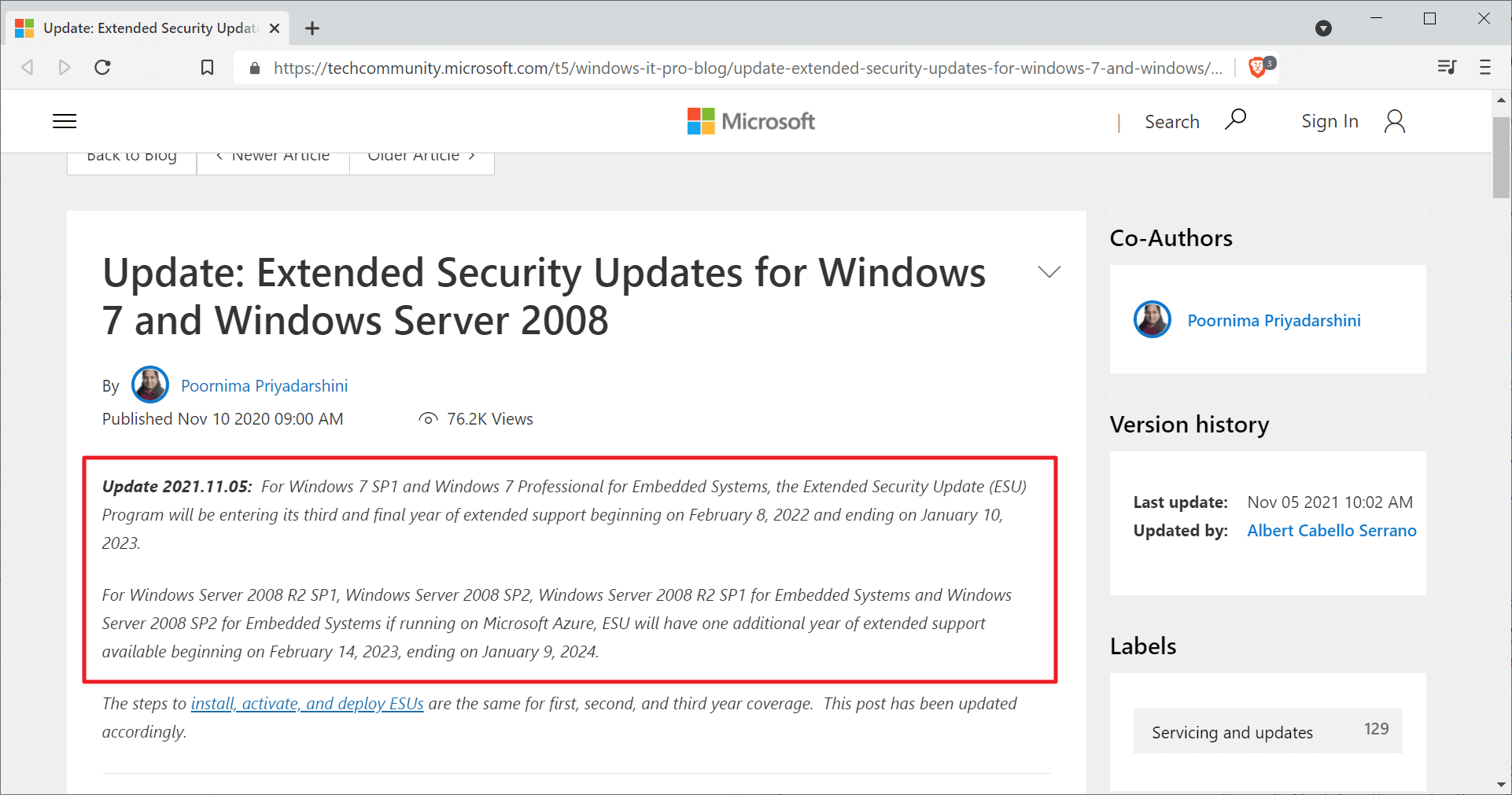 For Windows 7 SP1 and Windows 7 Professional for Embedded Systems, the Extended Security Update (ESU) Program will be entering its third and final year of extended support beginning on February 8, 2022 and ending on January 10, 2023.
Click to expand...

For Server, things are a bit different. Windows Server 2008 products will receive an extension, by a year, according to Microsoft.

Microsoft will extend its Extended Security Update program for Windows Server for another year, but will end support for Windows 7 on January 10, 2023.
www.ghacks.net
Reactions: CyberTech, LASER_oneXM, harlan4096 and 2 others
You must log in or register to reply here.