by Martin Brinkmann on October 06, 2020 in Firefox

These two badges extend the available badges; currently, add-ons of the recommended extensions program sport a "recommended" badge to indicate to users that the add-ons are part of the program. These extensions are "editorially curated" and meet the "highest standards of security, functionality, and user experience" according to Mozilla.

Extensions that are not in the program show a warning message, currently "this add-on is not actively monitored for security by Mozilla. Make sure you trust it before installing.". The message is displayed even for add-ons created by Mozilla.

To address this and reduce user confusion, Mozilla decided to create a "by Firefox" badge to indicate extensions created by members of the organization in a special way.

If you visit Mozilla's add-ons repository right now, you may notice the new "by Firefox" badge already. Only some of Mozilla's add-ons feature it right now, and it is unclear why that is the case. Maybe it is taking time to add the badges to all Mozilla-created add-ons on the site.

At the time of writing, only four add-ons had the badge out of ten add-ons listed under the Mozilla developer account. Themes don't show the new badge. The second badge that Mozilla added to Mozilla AMO is "Verified". The badge highlights add-ons that are part of Mozilla's -- currently experimental -- add-ons promotion package. Unveiled in early September 2020 and called Promoted Add-ons, it is a paid program that developers and companies may join to get their extensions reviewed by Mozilla and promoted by Mozilla.

The Verified badge highlights add-ons that are part of that program, and the system works identical to the "by Firefox" badge. 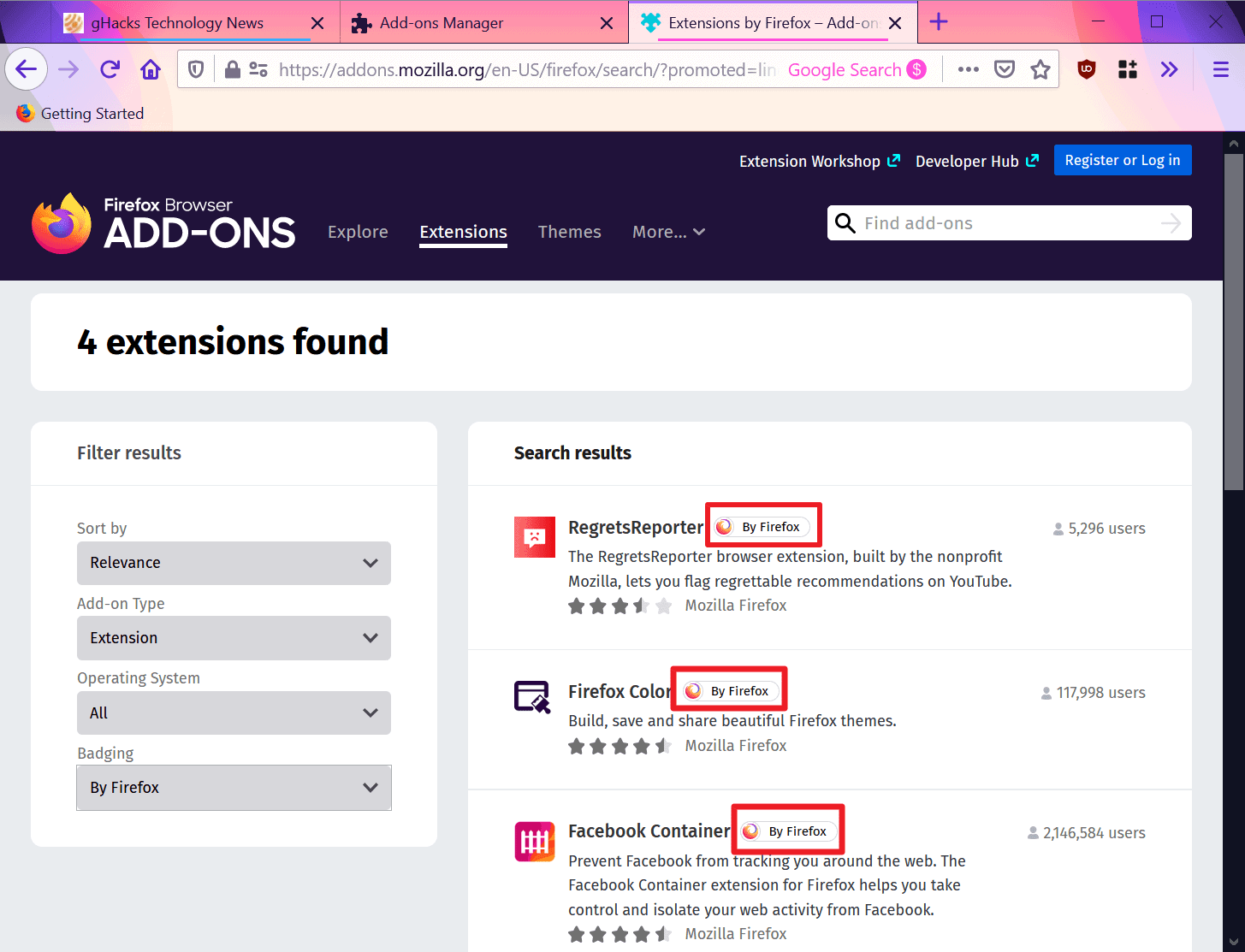 Mozilla showcased two new Firefox add-on badges that users of the web browser will soon see on the organization's official add-ons store -- called Mozilla AMO -- and in the Firefox web browser's add-ons manager.
www.ghacks.net
Last edited: Oct 6, 2020
Reactions: geminis3, Protomartyr, plat1098 and 4 others
You must log in or register to reply here.