The green border around the webpage indicates that the Norton Banking Protection is on.

I like it. I've played around with it, and it doesn't obstruct anything.

I went to an affiliate part of the USAA website that was still protected.... put it in a virtual machine to try and test a couple of pieces of malware.... either I was not doing it correctly, or maybe the malware detected the VM, or maybe the Isolation Mode mixed with the VM caused an unusual environment, or maybe the Norton Banking module didn't allow it to run. For whatever reason, the malware didn't go. I'll play around more on different sites later. Was it the Norton Banking Module.... I dunno.

I used to use a great virtualization program called Green Border... which also had a... green border. It's Deja vu..

That was great software for its time. It became part of the Chrome sandbox.

GreenBorder
From Wikipedia, the free encyclopedia
GreenBorder was a security software company that specialized in using virtualization to create safe zones for online activities for Internet users. GreenBorder let computer operators combine hardware and software to create "virtual" machines where tasks such as reading e-mail or exploring websites could be done without exposing systems to viruses or other malicious programs. Web-based programs that try to access files or computer registries are stopped from leaving what are commonly referred to as online "sandboxes" created by GreenBorder. The virtual "sandboxes" vanish at the end of each session, taking attacker assaults such as spyware, viruses, and trojans with them.
GreenBorder was founded in 2001 by Vlad Dabija (founding CEO until 2004), Úlfar Erlingsson (founding CTO until 2002), Rosen Sharma and Srinivasan Keshav (as founding board members). The initial investors were Rajeev Motwani, Sevin Rosen Funds, and Labrador Ventures joined in Series B by TPG Ventures. Bernard Harguindeguy joined the team in 2005 as the CEO and lead the turnaround before selling the company to Google.
GreenBorder, which is based in Mountain View, California, where Google has its headquarters, posted a message at its website announcing that it had been bought by Google.

What is Norton Online Banking Protection?
Online banking protection provides an additional layer of security when you are transacting with financial websites such as your bank or credit card company.

How does it work?
When we detect that you are going to a financial site we will ask you if you want to use Norton's Isolation Mode. With Isolation Mode you are automatically redirected to connect to your bank via a Symantec owned server in the cloud. You can think of it sort of like using a remote desktop to another computer that is connecting to the banking website. Essentially the Symantec server takes on more of the risk so you don't have to.

How do I know if I am using Isolation Mode?
You will notice a green header around the website and the URL will be of the following format:

Why can't I use this feature for any website at all time?
The service is not available for all websites at all times. The main reason is the cost involved. Symantec has to pay for the bandwidth, CPU, and memory used by the cloud servers to support this feature.

What are the security benefits of using Isolation Mode?
Several categories of threats are further mitigated by Isolation Mode:
Browser Vulnerabilities: You may have noticed how often browsers are updated with security fixes. There are many, many sub-categories of attacks in this category including denial of service, stack overflow, execution code, gain privilege, memory corruption, malicious extensions, directory traversal, SQL injection. When you use Isolation Mode, the Symantec server takes on all the risk so you do not have to.
Phishing Attacks: If you are getting into isolation mode for online banking protection you can be sure that you are not getting phished because we will only launch it if you are connecting to a legitimate website.
Banking Trojans: The main goal of a banking trojan is to sit silently on your computer until you connect to a banking site. It will then scrape your credentials when you login to the site and send them to the hacker. Isolation mode makes it much harder for a trojan to carry out scraping because it confuses the website fingerprinting that most trojans use.

Before any Norton users object.... it has not been pushed out to everybody yet.

I gotta try it. I want to see if the Norton green border is a more attractive shade than the Sandboxie green border. I prefer Green Hornet green. Color quality is really important. Yah know ? The better the shade, the better the protection. So this is a priority item. 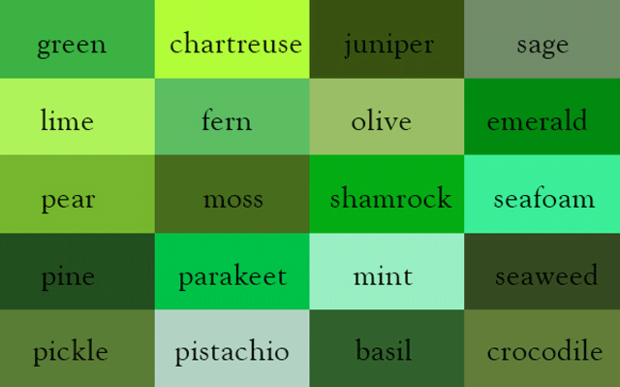 I personally like chartreuse......Has a certain type of finesse to it
Reactions: fabiobr, harlan4096, brambedkar59 and 4 others

zhuzhangspankspank said:
I gotta try it. I want to see if the Norton green border is a more attractive shade than the Sandboxie green border. I prefer Green Hornet green. Color quality is really important. Yah know ? The better the shade, the better the protection. So this is a priority item.

MT should sponsor a Green Border Challenge.
Click to expand...

If the green border had been the specific shade of the Oracle VM VirtualBox, that would have been a no-go.


One must be selective with the box.

Oh brother. The Green Hornet is damn Irish shamrock. All along I thought he was Czech who just happened to have good taste when it came to the color green. One learns something new every day.
Reactions: venustus

The best banking protection is to not have any middlemen between the banking website and you.
Reactions: venustus and notabot
You must log in or register to reply here.

I just installed Norton in 2021 and I am impressed