The privacy-focused search engine, DuckDuckGo, has launched a new feature in its Android app called App Tracking Protection. The feature is still in private beta and you’ll need to join a waiting list by opening the app, heading to Settings then clicking ‘Join the Private Waitlist’ in the App Tracking Protection section. Once you secure your place, the app will work to stop apps on your phone from tracking you and sending data back to advertisers.

According to DuckDuckGo, 96% of the most popular free apps on Android contain third-party trackers. The large majority (87%) of these send your data to Google while 68% send your data off to Facebook. With App Tracking Protection running in the background, these trackers will be detected and blocked to ensure your data is protected.

There are two issues with App Tracking Protection in its current state, however. First of all, there’s the fact that it sets up a local VPN connection to work. While not an actual VPN, it requires the use of that part of Android to work so if you do depend on a VPN frequently, you won’t be able to use that in conjunction with App Tracking Protection. Due to the way Android works, it’s unlikely that this issue will ever be resolved. The second problem, which will improve in future, is that some apps are allowed to send your data off to third-parties. DuckDuckGo says this is because these apps rely on tracking to work properly but it hopes to reduce this allow list in future.

If you apply to join the private beta as outlined in the first paragraph, do keep in mind that you may still run into issues. If you want a more stable experience just wait until the feature opens up to everyone in the future (the company did not give a date for the stable release).
Click to expand... 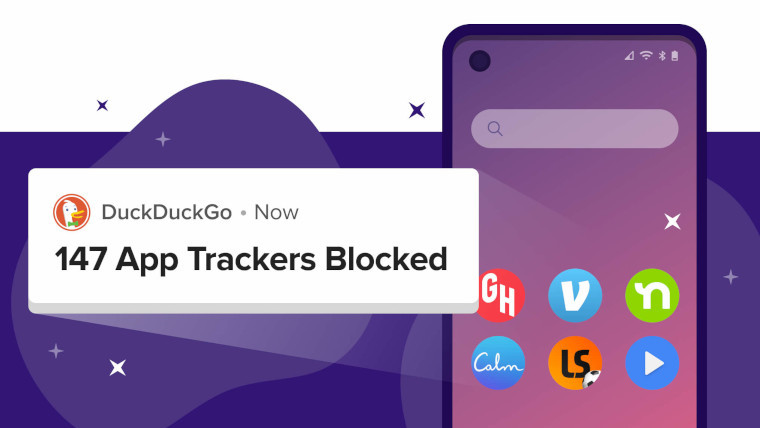 DuckDuckGo has added App Tracking Protection to its Android app as a beta feature. It prevents hidden trackers in apps from sending back personal data to firms such as Google and Facebook.

Last week, DuckDuckGo announced that it was adding App Tracking Protection to its mobile app on Android, and the firm was nice enough to give me an invite to the beta. And from what I can tell over several days of usage, this feature works quite well. And I’m more than a bit troubled by the secret tracking activity it’s discovered—and blocked—on my phone.

Tracking protection is simple enough on the desktop, at least for web apps: just install an extension like uBlock Origin or DuckDuckGo Privacy Essentials and you’re good to go. Mobile, of course, is a bit trickier. On the iPhone, Apple added privacy controls, including mobile app anti-tracking functionality, in IOS 14.5 back in April. But we’re unlikely to see anything like that on Android. Google, after all, makes the vast majority of its revenues from advertising, and that requires them to allow tracking throughout Android.

Enter DuckDuckGo, which has found a unique solution to this problem: because Android supports the notion of a local VPN (virtual private network), the DuckDuckGo creates a fake VPN using this capability. This fake VPN doesn’t route traffic through an external server, like a real VPN does. Instead, everything happens right on your phone, and because it can run in the background perpetually, you should be protected from app-based tracking.

And my God. Is there a lot of app-based tracking in Android. Even more than I had imagined possible.
Click to expand... Last week, DuckDuckGo announced that it was adding App Tracking Protection to its mobile app on Android and I've been using it for a few days.