Samsung is expected to officially announce a new advanced chip-making plant in Texas later today, that’s estimated to cost around $17 billion and could create 1,800 jobs, The Wall Street Journal reports. The new plant will reportedly be located in the city of Taylor, roughly 30 miles away from Austin, where Samsung has an existing facility. The new site is roughly 1,200 acres in size, making it larger than Samsung’s Austin plant, the WSJ notes.

The announcement could come as soon as 5pm local time today, when Gov. Greg Abbott is due to make an “economic announcement.” However, the plant isn’t expected to actually start producing chips until the end of 2024, according to previous filings. Eventually, Samsung is expected to begin using the new plant to produce processors, for its own uses and for use in other companies’ products.

The city of Taylor specifically has also offered Samsung incentives to locate its plant there, which reportedly amount to property tax breaks of over 90 percent for its first ten years, the WSJ notes.

Samsung is a giant in the memory chip manufacturing game, but it’ll likely use the Taylor plant to manufacture advanced chips for other companies based on their designs. Previous reports have indicated this new plant could produce chips as advanced as 3nm. Samsung has previously produced chips for companies like Qualcomm and Nvidia.
Click to expand... 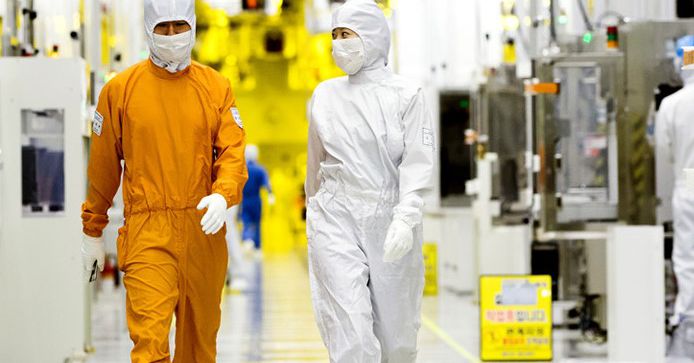 The company is reportedly hoping to produce 3nm processors there in the future.

www.theverge.com
Reactions: The_King, harlan4096, Gandalf_The_Grey and 1 other person
You must log in or register to reply here.