Snapdragon 865 will make phones worse in 2020, thanks to mandatory 5G

Qualcomm is so obsessed with 5G, it's hurting 4G performance to spur adoption.
PCMag's Sascha Segan has been on the road testing 5G networks, and he wrote that heat was a constant issue:

On a hot Las Vegas morning, my two Galaxy S10 5G phones kept overheating and dropping to 4G. This behavior is happening with all of the millimeter-wave, first-generation Qualcomm X50-based phones when temperatures hit or exceed 85 degrees. We saw it with T-Mobile in New York, with Verizon in Providence, and now with AT&T in Las Vegas. It's happened on Samsung and LG phones, with Samsung, Ericsson, and Nokia network hardware.
Click to expand...

While this has so far only been an issue with 5G phones, the Snapdragon's 865 could make it an issue with all flagship phones, even when using 4G LTE.
We can let Qualcomm explain the disadvantages of a separate modem in its own words, if we go back to this 2012 press release. That's when the company talks up the single-chip LTE solution it debuted in the Snapdragon S4. "Typically, the more chips that are involved in building a device, the more challenging it is to conserve battery life while maintaining performance," Qualcomm wrote then. "Consolidation means good things for your battery."
Qualcomm threw all that out the window with the Snapdragon 865. At least with the 2019 5G design—with its onboard 4G modem and the extra 5G chip—you could turn off the extra 5G chip and just use the SoC's onboard modem with the usual power savings. Now, with no onboard modem at all, even in 4G-only mode you'll be using more power by needing to light up that second chip.
Smartphone manufacturers have spent the past few years aggressively protecting the space used by components. How many manufacturers have we seen remove headphone jacks, telling us they need the space to simplify the design and free up more space for batteries? And a 3.5mm headphone jack is useful. When 5G networks remain so limited, who would want to waste so much extra internal space on 5G hardware that might never be used?
So far, the industry's response to 5G's bigger space requirements has been to make smartphones even larger. Consider the Galaxy S10 as a data point: you can get 4G versions like the 6.1-inch Galaxy S10 and the 6.4-inch Galaxy S10+, but if you want 5G, you will have to pick up the ultra-huge 6.7-inch Galaxy S10 5G, which is basically a new S10++ sku. For the Galaxy S11's 2020 release (which, remember, has to have 5G in every model), rumors point to across-the-board size increases for every model.

Financially, it's easy to see why Qualcomm made this decision. The company is probably going to make a ton of money on the Snapdragon 865, since every phone manufacturer using the 865 has to also purchase a separate modem. Qualcomm gets to sell double the amount of chips compared to last year! Since Qualcomm, according to the Federal Trade Commission, has a monopoly on high-end smartphone chips, no one can do much about this. Instead, the public will pony up for this design change in the form of more expensive devices.

You may want to hang on to your current phone.

"They'll have to pry it from my cold, dead hands!" (Charleton Heston, deceased former President of the National Rifle Association)
Reactions: roger_m, Deletedmessiah, brambedkar59 and 6 others I'm taking your guidance Oldschool.... and I ain't letting go...
Reactions: roger_m, plat1098, brambedkar59 and 8 others

It's happened on Samsung and LG phones, with Samsung, Ericsson, and Nokia network hardware.
Click to expand...

If I understood it correct and also recall correct from previous news about 5G, these are some of the major vendors/companies that's supposed to be a part of the built of the new network even here in Europe. Makes me wonder if it perhaps after all was so wise ditching Huawei.

oldschool said:
You may want to hang on to your current phone.
Click to expand...

Agree but, SnapDragon 865 is for example supposed to not be used in Europe from Samsung on their upcoming version 11. Europe get the Exynos chip. Though that's not officially confirmed. 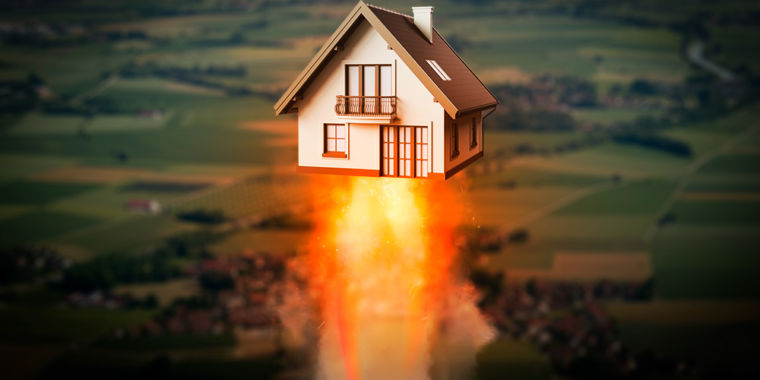 On kicking cable broadband to the curb, experts say "The answer is absolutely! Depending.”

oldschool said:
You may want to hang on to your current phone.

"They'll have to pry it from my cold, dead hands!" (Charleton Heston, deceased former President of the National Rifle Association)
Click to expand...

Well I just bought new phone so I am good for another 2-3 years. Also I am not giving my precious to anyone. IT'S MINE Also on a more serious note the article seems a bit too pessimistic.
Reactions: Gandalf_The_Grey, Venustus, Correlate and 7 others
M

Don't freak out too much. All modern chips are designed to burn themselves into a puddle of melted sand if allowed to run unmitigated. Software largely controls the performance and early samples of silicon often is shipped with immature software for power and thermal management.

This is nothing new.
Reactions: Gandalf_The_Grey, Venustus, brambedkar59 and 7 others
H

What 5G? Huawei is willing to sell its entire 5G technology to any buyer provided their pre-conditions are met.

FI, they are into 6G now

Soon we will have 12G phones using screens with a higher resolution than the human eyes can perceive... people will still be using their phones for social sites, light web browsing, messaging and taking pictures though...
Last edited: Dec 12, 2019
Reactions: HarborFront, roger_m, Venustus and 1 other person
S

The 765G is a bit slower than the 865, but not dramatically so. The 865 is a 7nm, eight-core SoC with four A77 cores and four A55 cores. The 765G uses two older A76 cores and six A55 cores. For companies like Google, with heavy software optimization, you might not even notice.

If you've been looking for a phone upgrade this year and the outrageous prices of 2020 flagships have been putting you off, cheaper phones might be on the way later this year.
Click to expand...

Reactions: oldschool, Deletedmessiah, harlan4096 and 2 others
You must log in or register to reply here.