Update Thunderbird for Android: preview of the message view

The Thunderbird team showed on Twitter how the new message view may look like in the first release version of the email client for Android. Note that development is ongoing at this point and that what is shown today may not necessarily be the view that launches with the first release.

The view displays more information, some optional to users to improve workflows. The Thunderbird version for Android displays the name of the account the message was sent to, if more than one account is available. Thunderbird users find quick reply and more buttons attached to the email header. The header lists all recipients, but may also display "to me" if the account has just one identity.

A tap on a gray area in the view displays additional details about the message; this interface can be dragged up so that it covers the entire screen on the device. Search and filter options may be included, which is useful for large lists of recipients. Details include information about all recipients, sorted into from, reply-to, cc and bcc groups by the email client.

Thunderbird for Android is a work in progress. The developers have yet to announce a release date for the initial version. The release may be aligned with the desktop version's next big release, Thunderbird 114, which is expected in mid-2023.

Use of the Android version is completely optional, but it may improve email workflows for Thunderbird desktop users, as they will be using a familiar interface and have all their custom data synced between the desktop and Android versions of the email client.
Click to expand... 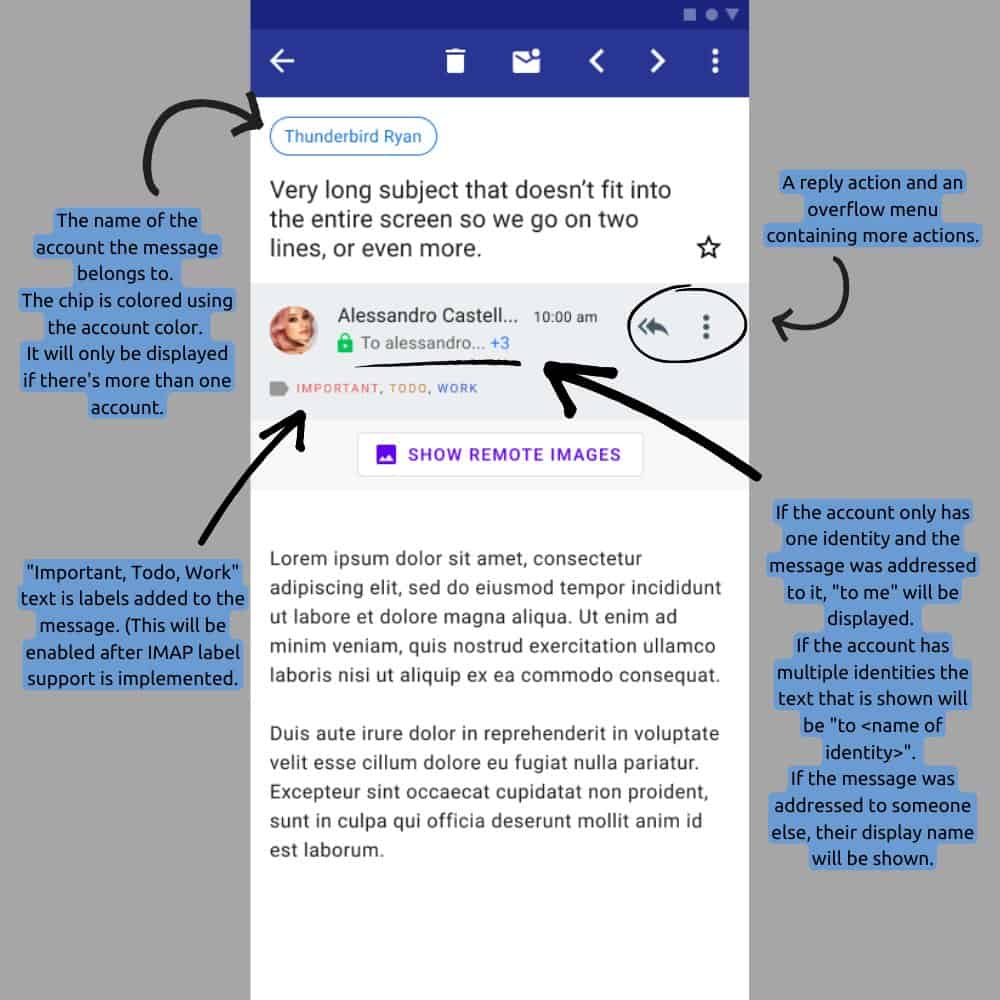 A preview of the message view of the upcoming first version of the Thunderbird email client for Android.
www.ghacks.net

Here’s How Mozilla Thunderbird Is Making a Comeback in 2022