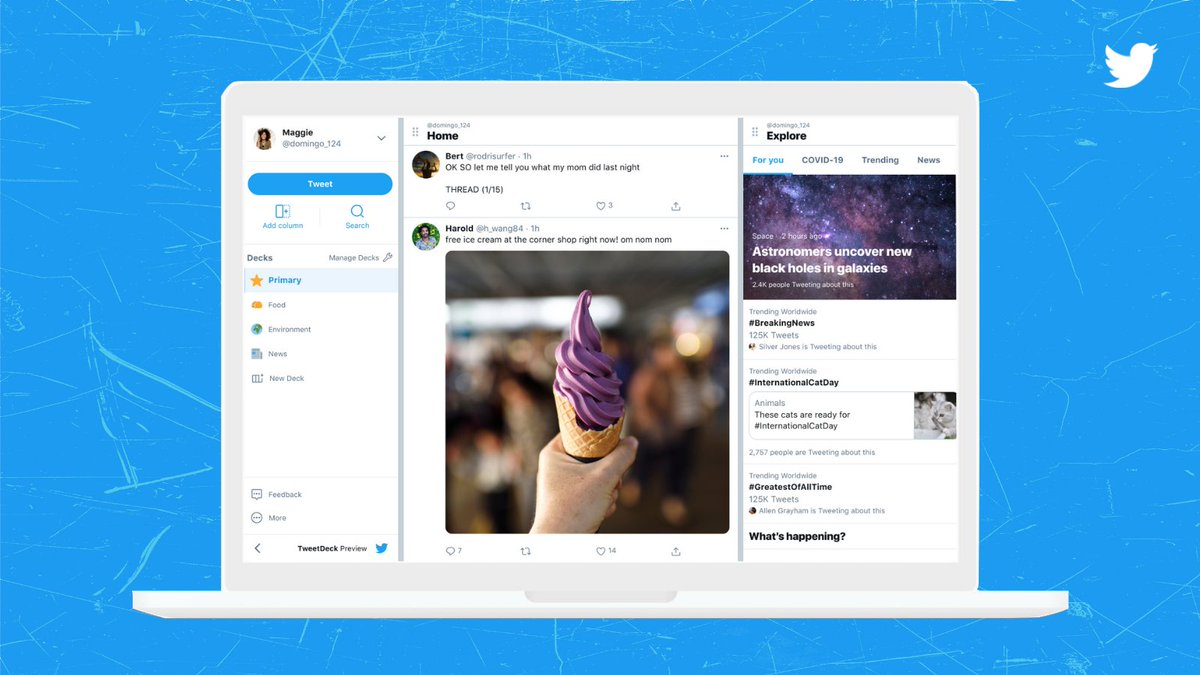 Twitter today announced that it has started rolling out a redesigned version of its TweetDeck Twitter client, which it has been working on since earlier this year.

The new version of TweetDeck is rolling out to a "limited number of accounts" of randomly selected people in the United States, Canada, and Australia.

According to Twitter, the new design is meant to better align with the design of the Twitter websites and mobile apps, incorporating more Twitter.com functionality.

Following this limited test, Twitter will likely be bringing the TweetDeck redesign to a wider audience. Those who have been selected for the beta rollout will see an invitation within TweetDeck to opt in.
Click to expand...

Twitter Circle is rolling out to more users worldwide