WhatsApp is offering a few new features that have been available in Telegram for quite some time. The internet-based instant messaging platform’s app for Android and iOS is getting Communities, which seems very similar to Telegram's Groups and Channels feature. Other features that Meta is offering include emoji reactions as well as the ability to add up to 32 participants to a single voice call. WhatsApp users will also be able to attach large files.

WhatsApp Communities are intended for organizations like schools and neighborhoods to coordinate and share media, indicated a blog post announcing the new features. Telegram’s Groups and Channels can get pretty massive with thousands of subscribers. It is not clear how many users can join a WhatsApp Community, but all the Communities will be inherently private and end-to-end encrypted.

Apart from Communities, WhatsApp is also adding emoji reactions. This feature was recently revealed in a beta version of WhatsApp. As expected, it is nearly identical to other social media platforms like Messenger, Instagram, and Twitter. Apart from message reactions, WhatsApp has also confirmed it will deliver emoji shortcuts for its desktop users.

WhatsApp voice call feature will now be able to accommodate up to 32 people simultaneously. Until recently, only eight participants could join a voice call. It is not clear how a voice call with so many people would sound, but the feature could serve as a virtual conference call in some emergency situations. 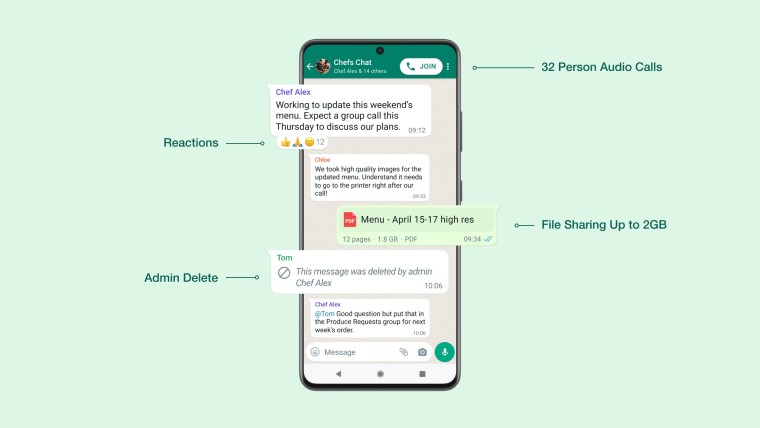 One of the most grumbled about limitations within WhatsApp has been the cap on the size of attachments. WhatsApp did not allow users to attach any file, document, or multimedia content that exceeded 100MB in size. The instant messaging platform has now upped the file size limit to 2GB.

WhatsApp is also offering Group Admins the power to remove errant or problematic messages from everyone’s chats. All the new features are available in the latest stable version of WhatsApp, but Meta could gradually roll out the new version. Hence, some might gain the new features sooner than others.
Click to expand... 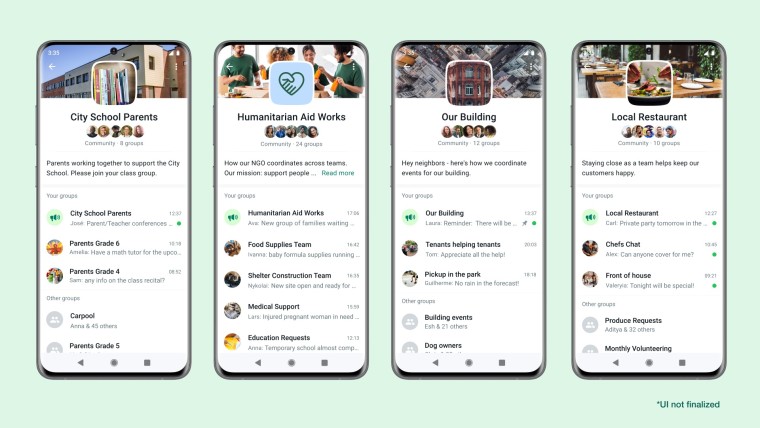 The latest stable version of WhatsApp will allow voice calls with up to 32 participants, files as large as 2GB to be shared, private and end-to-end encrypted Communities, and emoji reactions.