If you administrate a Windows 10 device, chance is relatively high that you encountered one or multiple update blockers ever since you started using or administrating the device.

Update blockers prevent updates on devices that Microsoft deems incompatible with a released feature update. Incompatible does not necessarily mean that the device will never receive the update, but that something is preventing the update from installing correctly or that the updated system would have issues after the installation of the update completes.

Things like an incompatible driver or application version, a system setting, or a particular hardware device can all lead to update blockers being set by Microsoft.

One of the main issues of Windows 10 administrators who run into devices with update blockers is the lack of information that Microsoft provides. While there is the Windows 10 Release Information dashboard that highlights some of the known issues that block feature updates from being installed, nothing of the sort is built-into Windows.
Click to expand...

First, by testing more hardware and driver combinations, and using artificial intelligence/machine learning to discover potential issues more quickly, and ideally before the feature update is being rolled out, and second, by giving administrators who encounter update blockers "specific and actionable" information.
Click to expand...

More information, especially if it leads to resolving update blockers, is always welcome. Especially driver related issues are a prime example of how Microsoft could provide administrators with actionable information.

If Windows Update notices that a driver is the cause, Microsoft could easily inform the administrators that updating the driver could resolve the issue. In fact, Microsoft could even propose to install a compatible driver, or at least provide a link to the manufacturer's downloads website to make things more comfortable for its customers.

It seems unlikely that Microsoft can provide actionable information for all update blockers, as some may require bug fixing on the company's site, software updates or driver updates.

Still, most administrators would probably welcome any bit of information that Microsoft provides in addition to what it provides right now.
Click to expand... 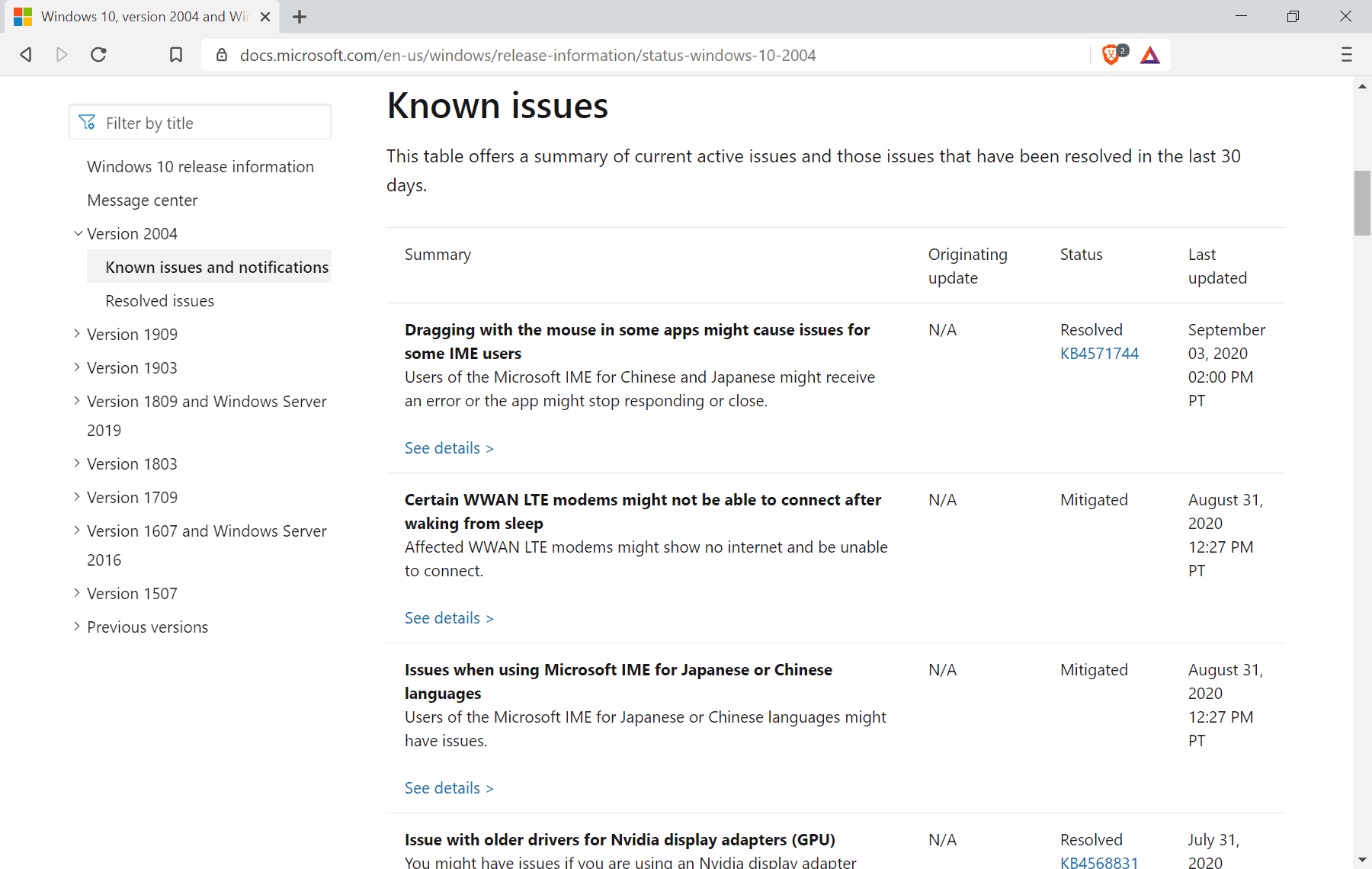 If you administrate a Windows 10 device, chance is relatively high that you encountered one or multiple update blockers ever since you started using the device.Â
www.ghacks.net
Reactions: brambedkar59, roger_m, Cortex and 4 others