amirr said:
Thanks. I want to build a PC, and between TUF GAMING B550 PLUS and yours which is TUF GAMING X570-PLUS; which one you recommend? Thank you.
I am also getting Ryzen 7 5800X.
Click to expand...

If you don't want to overclock to the extreme there is no need for x570, I bought it in the year 2019 and at that time there was no x550. In my experience asus tuf x570 is extremely good, it supports most rams( you can easily overclock most of the rams). I don't use asus aura( it's still buggy, the addressable RGB headers has a mind of its own, works excellent at times). Other than that in the last two and a half years I have not seen a single bluescreen error. It just runs.
Reactions: Jack, Nevi, CyberTech and 4 others

Thanks man, I will get B550. No, I do not game on my PC, nor I do overclock. I don't like RGB in the motherboard.
Reactions: Jack, Nevi, CyberTech and 1 other person

Windows 11, which has been released by Microsoft earlier this month, has a number of known issues that affect the performance of certain systems.

One major issue affects AMD processors, which may see a performance drop by up to 15% on Microsoft's newest operating system. The situation worsened after the release of the first cumulative update for Windows 11 this Tuesday. A patch is already available for testing but stable version users need to wait a bit longer before it is made available to their machines.
Click to expand...

Microsoft confirmed another performance issue on Windows 11 this week. The company released build 22478 to the Developer channel, bringing new fluent emoji to the operating system and a number of fixes.

Fixed an issue where the command bar was doing unnecessary calculations when navigating to folders, causing an unexpected decrease in performance. This is also believed to be the root cause of performance issues when using drag to select files, as well as using the arrow keys to navigate in certain folders.
Click to expand...

Folder navigation is one of the core activities in File Explorer, considering that users need to navigate to different folders often to access files stored in those folders.

Microsoft did not reveal details on the performance degradation, only that File Explorer's new Command Bar is performing unnecessary calculations. The Command Bar replaced the traditional Ribbon interface of File Explorer in Windows 10.
Click to expand... 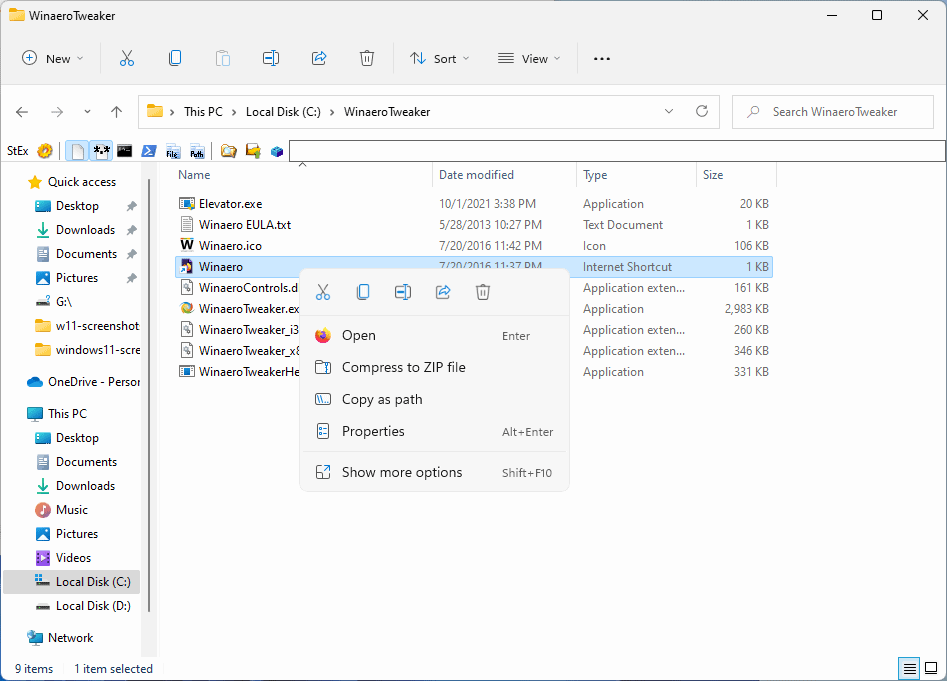 Microsoft is working on a fix for a performance issue in the File Explorer application on devices running Microsoft's new Windows 11 operating system.
www.ghacks.net

It is usually a good idea to wait months before upgrading Windows to a new version. The smaller updates for Windows 10 that Microsoft released since 2020 may be an exception, as they happen to introduce less bugs and issues.

Users who upgraded to Windows 11 this month face a number of issues, of which only some are confirmed officially by Microsoft.
Click to expand...

Reactions: CyberTech, amirr, plat1098 and 7 others

currently im still runing (total) three machines (with Win10 Pro) which are quite new but not compatible with Win11. So i'm frequently visiting the www.elevenforum.com : i'm hoping to find some workarounds/tricks/hints etc. for my hardware Hi. Inspired on this thread: Let's run Win10 on really really old hardware - Windows 10 Help Forums Many of us PCs is incompatible for Windows 11. But, Let's force Setup to install W11.

How to pass the Windows 11 Compatibility Checks

Passing the Window 11 Compatibility Check Microsoft Tool (unavailable at present) GitHub Tool 6 Windows Tools 1. Download both the MS and the GitHub tools. 2. Run both tools, and see what your status is. 3. If Secure Boot or TPM has a RED X, head to the BIOS. 4. Enable Secure Boot and...

Does anyone still have the windows insider turned on now that windows 11 is released to the public, Is it a good idea to keep it turned on to beta or public release?
Reactions: Nevi and Jack

I have a computer in beta and another in stable. So far no problems with the latest beta build
Reactions: CyberTech, oldschool, amirr and 2 others

If you have an amd cpu it's advisable to stay with new beta version, as it has the fixes for L3 cache issue.
Reactions: Nevi and Jack
C

Trim the fat from your Windows 11 install with NTLite​

Not only can you bypass the system requirements for Windows 11 but you can shrink the whole install too.
Click to expand...

While there's no easy-to-follow tutorial on how to strip the junk out of Windows 11 with NTLite, this tutorial explains how to reduce the size of a Windows 10 installation down to 700MB. Obviously, there are some specific differences, but you should be able to follow this enough to get rid of some of the junk.
Click to expand... 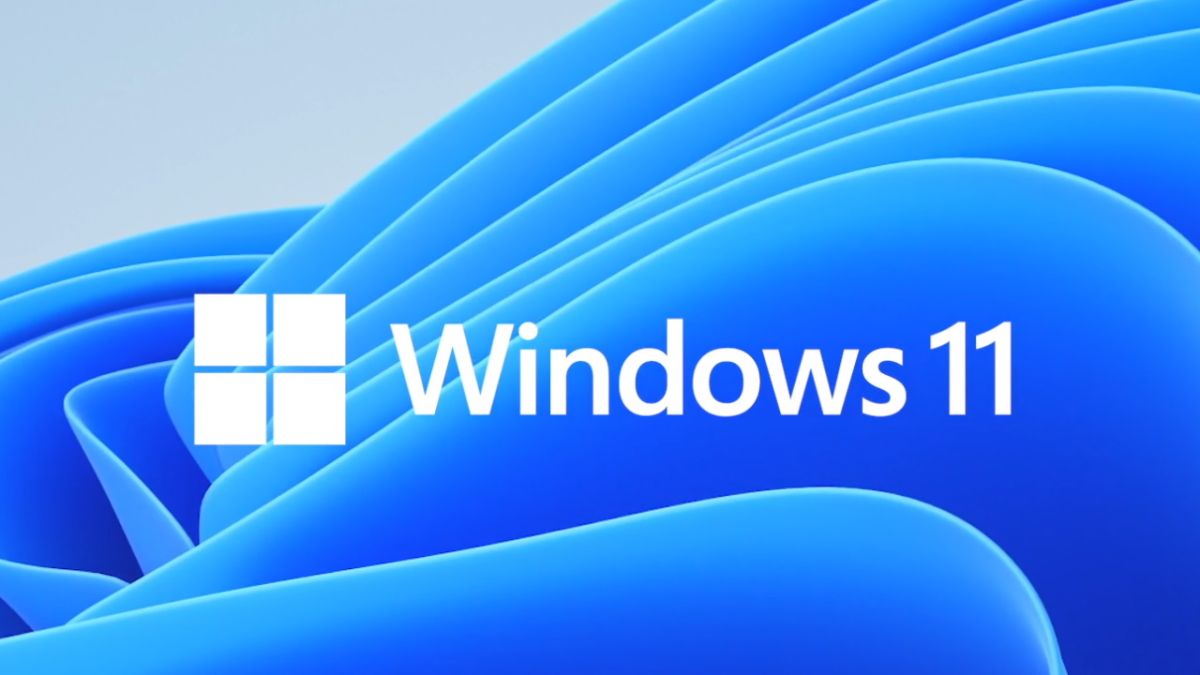 Trim the fat from your Windows 11 install with NTLite

Not only can you bypass the system requirements for Windows 11 but you can shrink the whole install too.

Thanks to Rufus, a popular free app that creates bootable USB drives, you can make a portable install of Windows 11 that runs off of a Flash drive you carry in your pocket. Testing Rufus’ “Windows to Go” feature, we were able to use the same Windows 11 disk on two different computers, with minimal hassle.
Click to expand... 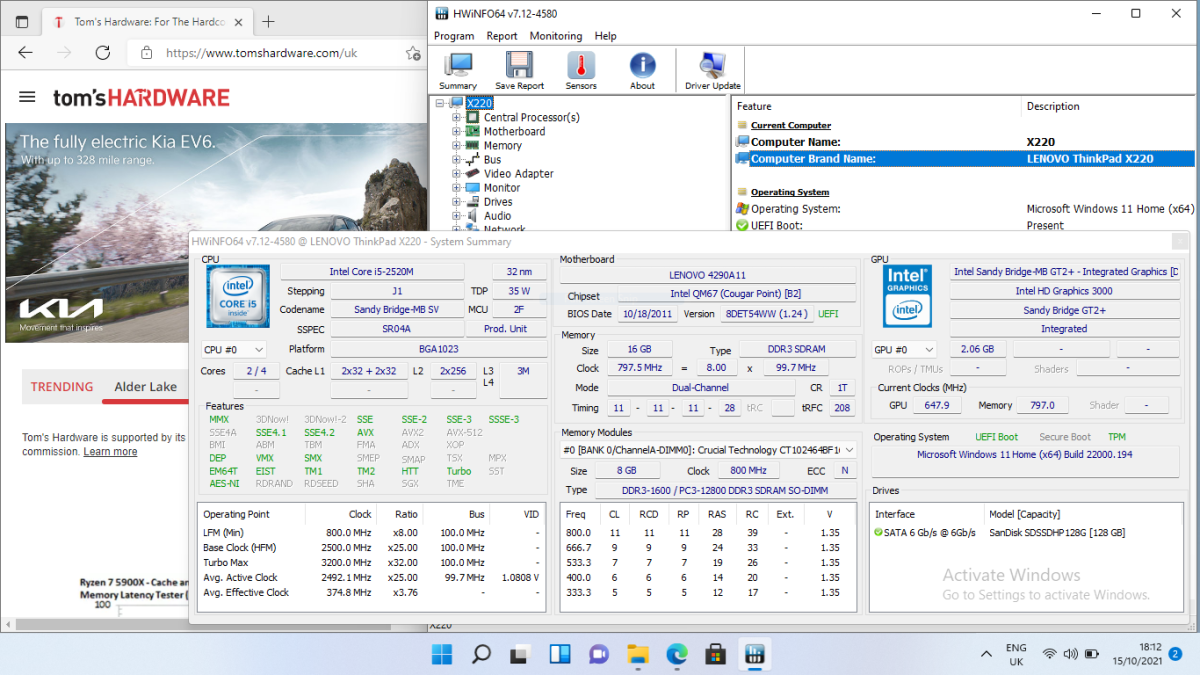 Reactions: CyberTech, Nevi, LeMinhThanh and 6 others

This means you can run Android subsystem for Windows if your version is above 10.0.22000.63
Reactions: Nevi, oldschool, JoyousBudweiser and 3 others

carl fish said:
I put my machine in beta build now, Is beta and release preview nearly the same thing?
Click to expand...

For the time being, it is same. But in future the changes to release preview may come only after it has been successfully implemented in beta version.
Reactions: Nevi and oldschool

carl fish said:
Is it a good idea to keep it turned on to beta or public release?
Click to expand...

Microsoft is working on a fix for a performance issue in the File Explorer application on devices running Microsoft's new Windows 11 operating system.
www.ghacks.net
Click to expand...

Reactions: Plag, SeriousHoax, Nevi and 3 others 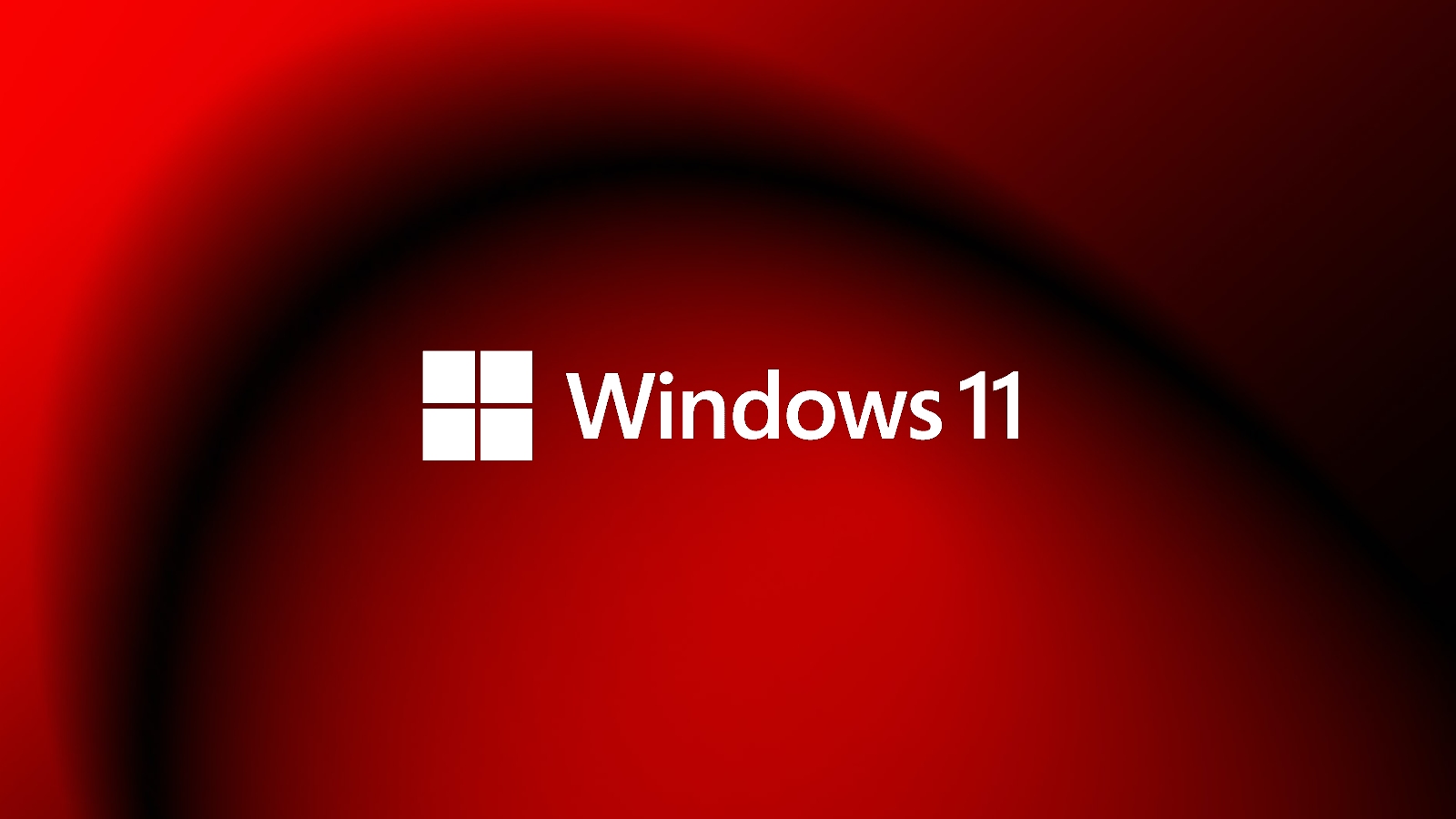 Microsoft: Windows 11 bug may only allow admins to print

Microsoft is working on a fix for a known issue impacting Windows 11 customers and causing a prompt for admin credentials before every attempt to print.

Ahead of the rumoured revamp, which is now expected to arrive next year, Microsoft is enabling support for a feature that will allow users to adjust the volume of the device by just scrolling over the volume icon. In Windows 10, you need to click on the volume to adjust the level.

This new Windows 11 feature lets change the volume by scrolling over the volume icon and it seems to work really well on devices with a touchpad.

At the moment, taskbar volume popup is pretty basic, but Microsoft has been planning to enable multimedia playback controls for the popup, allowing users to play, pause and skip tracks from the taskbar,

Additionally, Microsoft has now made it possible to login to your device using Windows Hello on a connected monitor with a camera that supports it. The company has also improved the underlying indexer platform to reduce performance issues and database size, especially when you’ve very large Outlook mailboxes.

Last but not the least, Microsoft has made adjustments to the dialog that appears when adding a new language in Settings.
Click to expand... 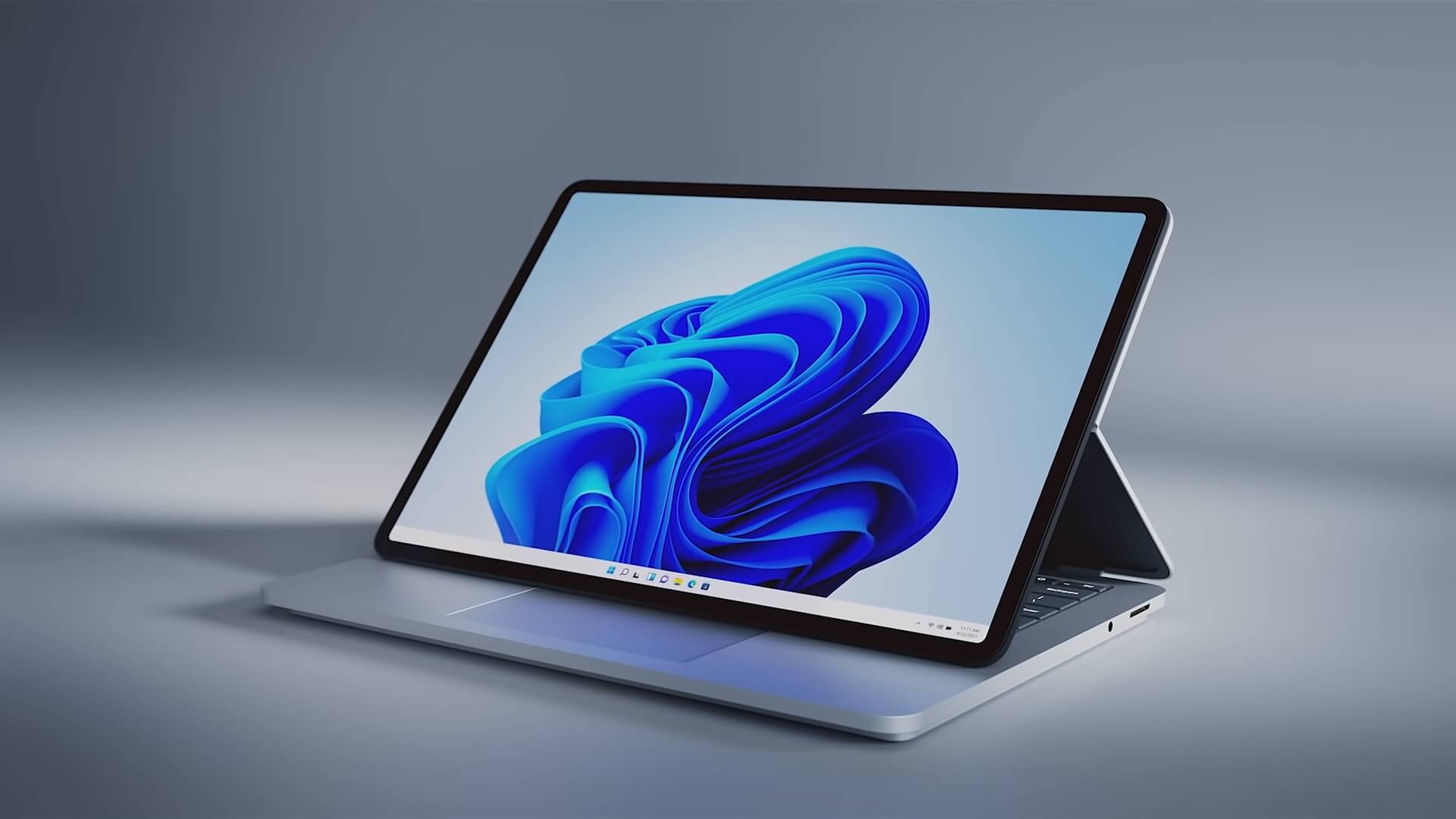 One of the most used features of Windows 11 – the taskbar’s volume controls could be getting a new nifty feature that will allow you to change the volume using your mouse or touchpad. This feature is rolling out with Windows 11 Build 22478 in the Dev Channel of the Insider program. Windows 11... 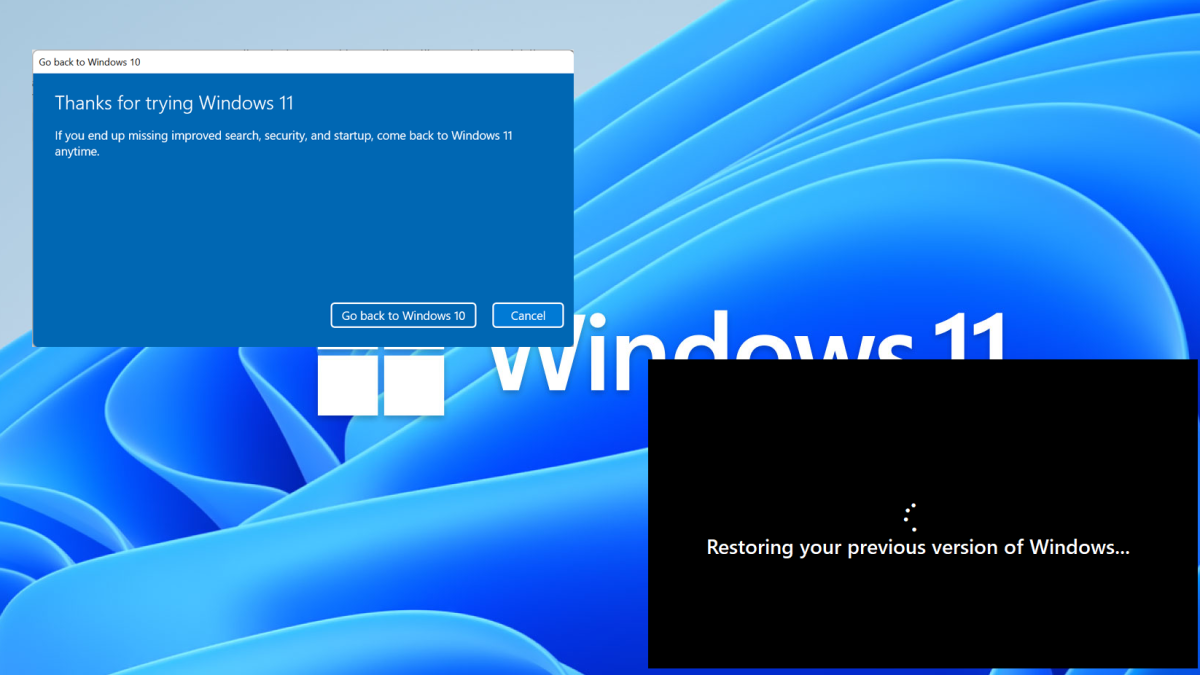 How to Uninstall Windows 11 and Roll Back to Windows 10

The latest version of the open source tool Ventoy supports an option to bypass the Windows 11 requirements check during installation of the operating system.

Ventoy 1.0.55 is available already for download. The program can be used to created bootable USB media from a variety of image formats, including ISO, WIM, IMG and VHD. What sets Ventoy apart from most solutions, including Rufus and Universal MediaCreationTool , is that it places image files directly on the USB media, without extraction, and that multiple image files may be added to boot different systems.
Click to expand... 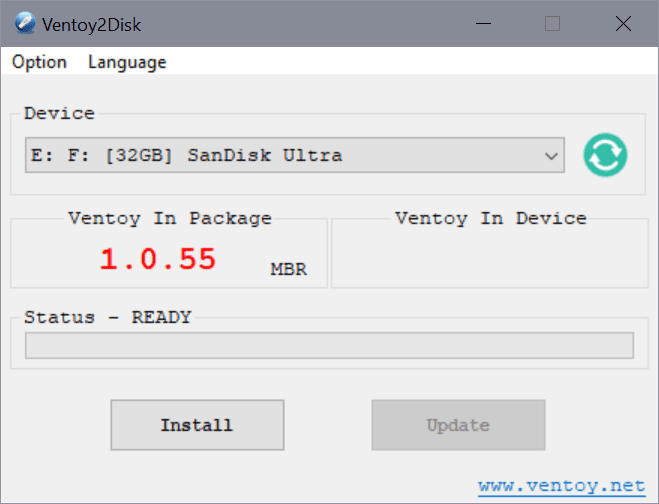 The application is portable, so all you need to do is download the Taskbar11.exe and run it. The program's interface has some useful options, let's begin with the Taskbar setting. Click the Taskbar Position drop-down menu. Taskbar11 allows you to switch the Windows 11 Taskbar's position to the top. The flyout menus (pop-up right-click menus) drops-down correctly too. It's a shame that we can't move it to the sides, but I think we'll take what we got. We show you how to move the Windows 11 Taskbar to the top, with the help of the open source program, Taskbar11.
www.ghacks.net
Reactions: oldschool, SeriousHoax, The_King and 4 others

We show you how to move the Windows 11 Taskbar to the top, with the help of the open source program, Taskbar11.
www.ghacks.net
Click to expand...

Note: Setting it to the Small Size results in a visual bug, the system tray's clock is sort of hidden partially. The Large Size has a problem too, the icons appear to be blurry when you use the option.
Click to expand...

That's the problem when you try to resize the taskbar by third party tools or registry settings.
I hope MS will give us (back) the option for a small size taskbar.
That's my only real annoyance with Windows 11.
A waste of space.
Reactions: oldschool, SeriousHoax, The_King and 5 others
You must log in or register to reply here.

Windows 11 Wednesday at 2:24 AM
Gandalf_The_Grey