Guide: How to install Android apps on your Windows 11 PC​

When Microsoft announced Windows 11 back in June, it made a big deal about support for Android apps via a partnership with the Amazon Appstore. However, this capability was not present in the October 5 launch version of the OS. That said, it appears that the functionality will be coming soon as Microsoft has started testing it in the Beta Channel.

If you're on a device enrolled in the Beta Channel, you might want to give Android apps on Windows 11 a whirl, here's how to do it: [...]
Click to expand... 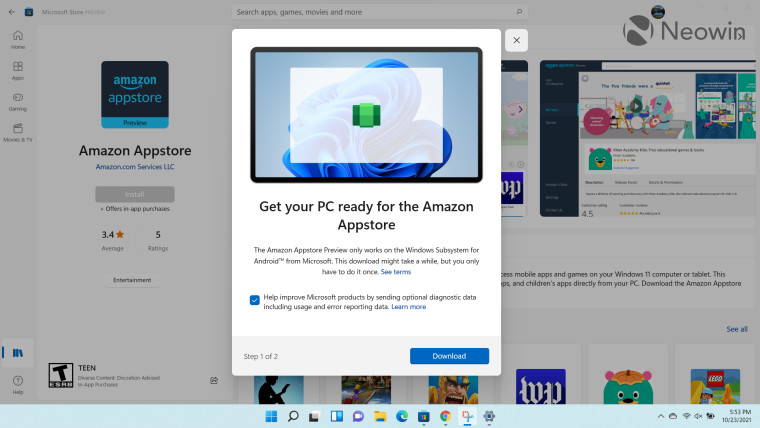 Guide: How to install Android apps on your Windows 11 PC

Microsoft has started testing support for Android apps in the Windows 11 Beta Channel. Check out our handy guide to find out how you can ensure that your PC is ready to install Android apps.

brambedkar59 said:
Random read/write improvements in Win11 (with VBS off) over Win10

So I'll keep VBS (Memory Integrity in this case) turned off.
Reactions: Nevi, roger_m, mlnevese and 1 other person

I reinstalled Windows 11 yesterday after the issue I had the other day, and everything went fine. I also didn't modify anything related to Windows using any third-party app like O&O Shutup 10++. Whatever little things I changed has been done through the settings app.
I don't use Microsoft Teams, so I uninstalled it yesterday.
But today back in the afternoon when I turned on the PC I see Microsoft Teams has been auto installed once again and even auto started with Windows

SeriousHoax said:
But today back in the afternoon when I turned on the PC I see Microsoft Team has been auto installed once again and even auto started with Windows

Yeah things are running fine specially after the AMD issue got fixed. Though I didn't face any issue while gaming but at least the fix now gave me a peace of mind knowing the performance isn't affected anymore.
Reactions: Nevi and mlnevese

How many Microsoft C++ Visual libraries are you supposed to have? I have like 10 of them in Apps and Features. Did a quick search about it and no, one shouldn't delete any of them b/c you don't know if some app needs one.

Is it a risk to run Windows 11 on unsupported hardware? Even if you still get security updates on Windows updates.

plat1098 said:
How many Microsoft C++ Visual libraries are you supposed to have? I have like 10 of them in Apps and Features. Did a quick search about it and no, one shouldn't delete any of them b/c you don't know if some app needs one.

I think it depends on the apps you have installed. All these were installed because some apps that you installed required them. Newer apps usually rely on newer one's. It's better if you don't touch any of them. Those who use Steam would know this, ie: On my PC after a windows reinstallation when I add my own library folder on Steam where I already have some games installed, Steam instantly starts downloading and installing all the VC reddist from 2010-2019 among some other things.
There's no harm in having them installed. I've seen many people even suggesting installing all of them from something like this to make sure you don't face any issue for not having them installed: 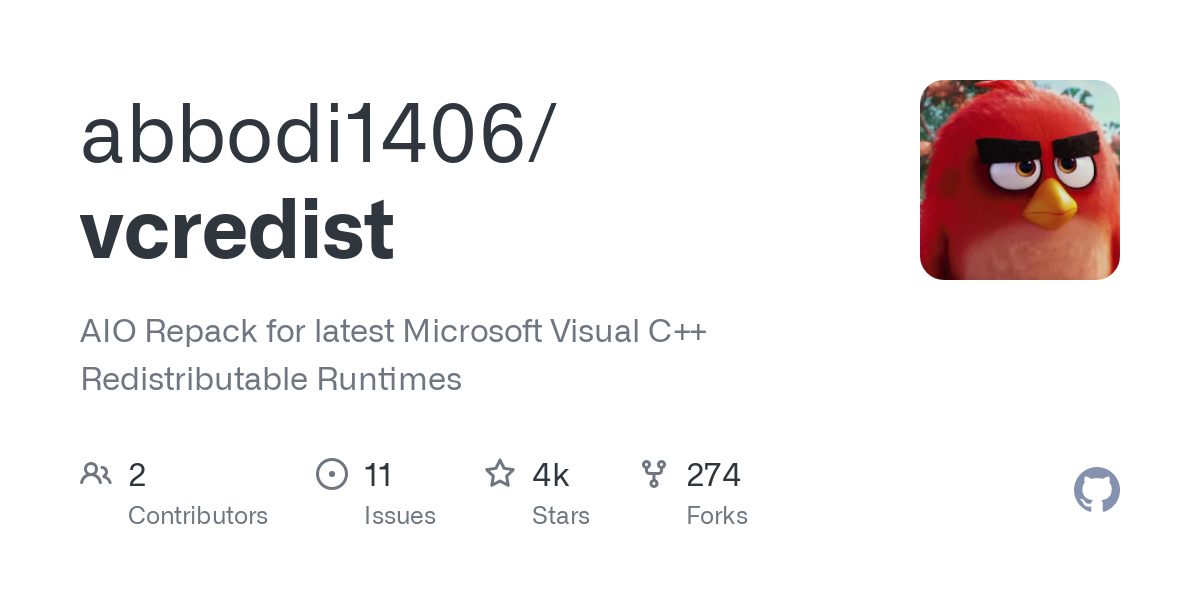 github.com
Linux have the option remove apps and its dependencies but Windows doesn't AFAIK.
Reactions: Nevi, roger_m, oldschool and 3 others

Regarding AMD processors... They fixed 2 out of 3 issues. performance and latency, but not the bandwidth of the L3 cache.

I use Windows 11 on two laptops, with no problems, including gaming (Fr Cry 6). I don't use third-party applications to change services I turn off manually what I don't want.

If you don't like the start menu, just do this:

Reactions: ng4ever, silversurfer, harlan4096 and 3 others

Gosh, does anyone still think Microsoft is cpu-agnostic? Just now saw this commercial on the teevee and the warm-and-fuzzy feeling between the three brands couldn't be more obvious--manifest at the very end of the clip.

"Poor" AMD--still the also-ran. That performance issue in Windows 11 still lingers and it makes you wonder. 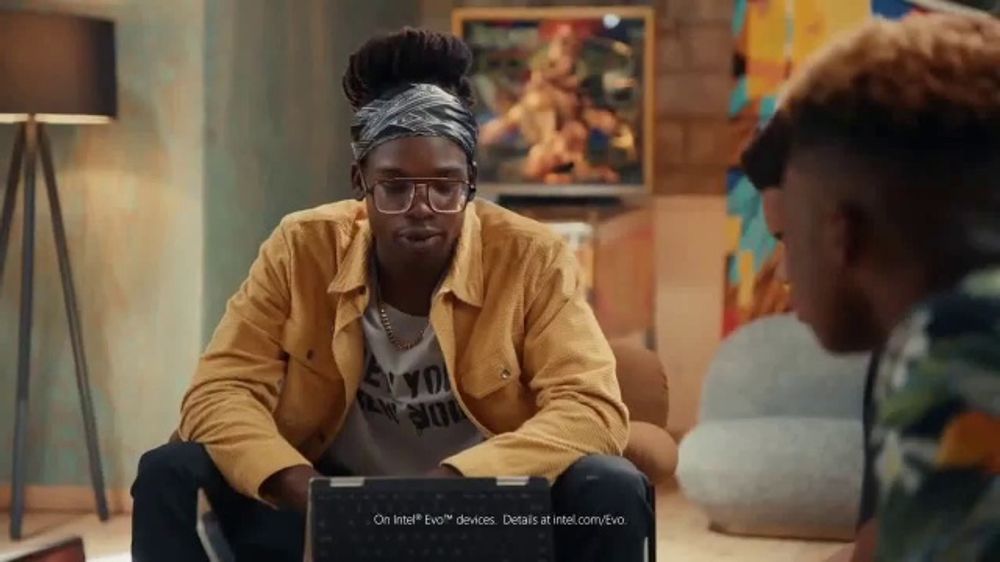 Microsoft Windows 11 TV Spot, 'Closer to What You Love: Streaming and Gaming: $400 off Lenovo Yoga' 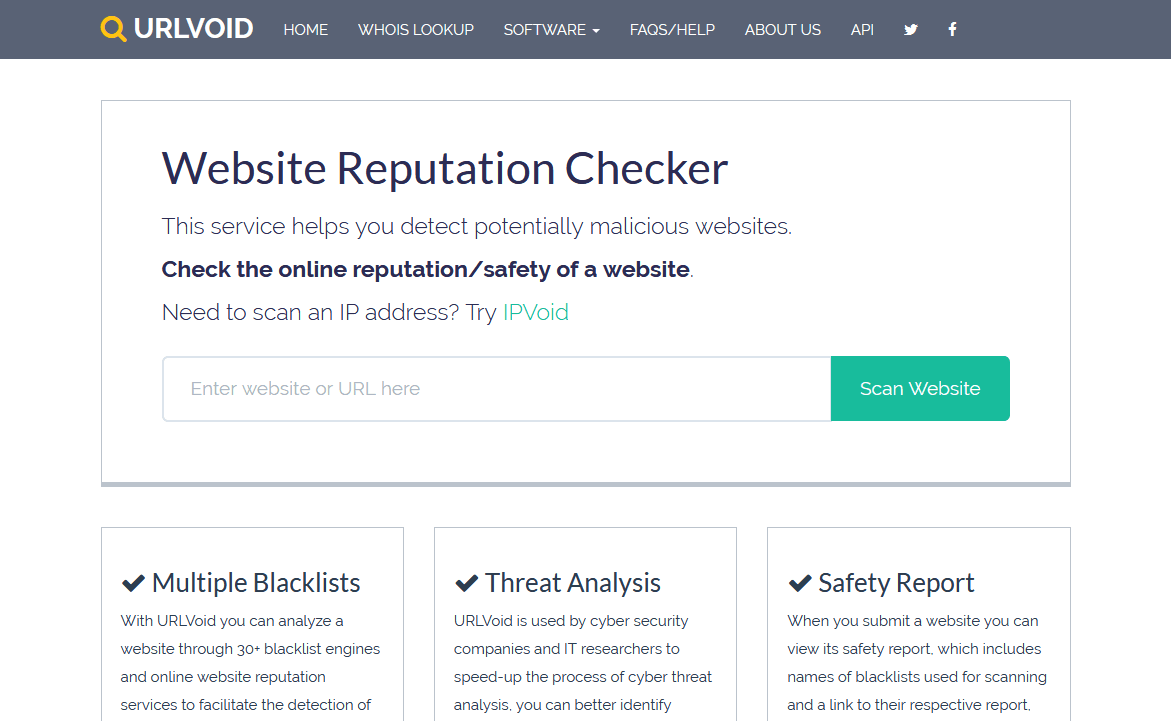 Is ispot.tv safe and legit ? Check ispot.tv online reputation to find out if ispot.tv is a safe website or a potentially malicious and scam site.

Virustotal for this site has one "detection" by Bfore.Ai PreCrime engine. Never heard of 'em so thought I'd look it up. Looked for any ads for Micro and AMD together and couldn't find one. If anyone can, I will gladly eat crow for dinner. (well, not really).

Edit: URLVoid is an online scanning tool courtesy of NoVirusThanks, who brought us OSArmor and other stuff.
Last edited: Oct 23, 2021
Reactions: silversurfer and Nevi

Thanks @Freud2004 Wow! That guy packed a lot into 10+ min. And quirky-funny too!
Reactions: ng4ever, silversurfer, SeriousHoax and 3 others

Has anyone faced any issue regarding random notification sound? Sometimes I would heard the sound out of nowhere. The sound kind of starts and stops before it finishes completely. I also had this issue in the Developer and Beta builds. In the stable version, the tray area flickers a bit during the sound. It seems a notification is about to come, but then it doesn't and goes away automatically. So you may call this ghost sound or something like that.
From Dev to Beta to Stable. There's definitely something going on. Never had this issue on Windows 10 and I haven't installed any app on 11 that I didn't in 10. It doesn't happen every day. But it just happened once again prior to me writing this comment here. I don't know what causes this. Has anyone experienced this? Have you seen any reports like this anywhere?
Reactions: Nevi, oldschool and silversurfer

Thanks @amirr an interesting video. 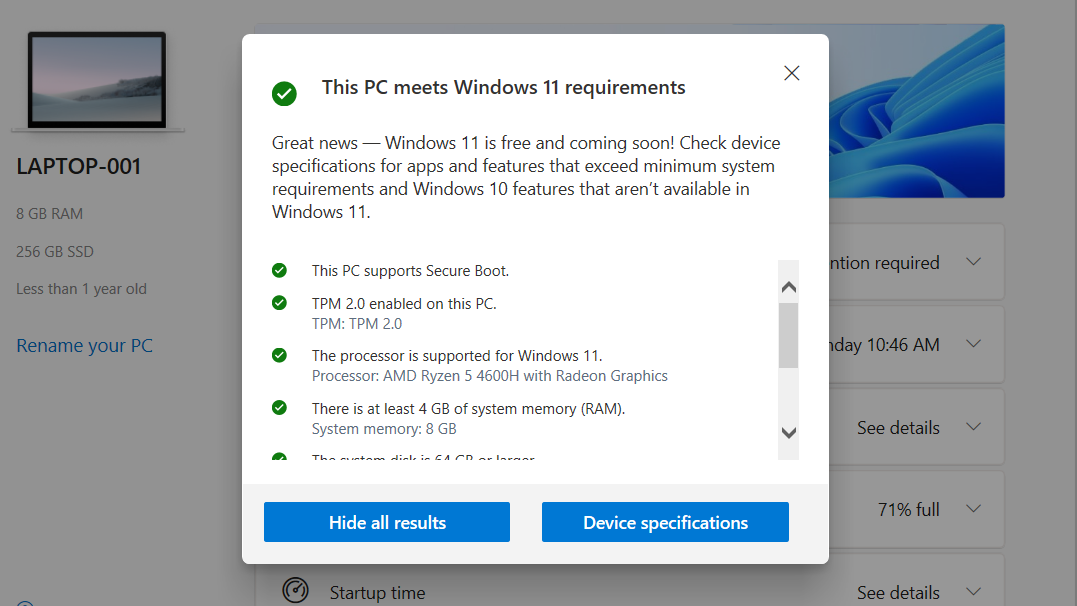 When Microsoft launched Windows 10 over five years ago, it took drastic steps to ensure that users swiftly adopted the new operating system (much to the chagrin of Windows 7 users, in particular). According to Bleeping Computer Microsoft seem to be taking the same approach with Windows 11 with its latest update, KB5005463, that was pushed out to Windows 10 users via Windows Update last week.

@Gandalf_The_Grey I totally agree with you. I won't get the Spybot Anti-Beacon. Many telemetries can be turned off manually on Windows 11 and I don't think I need another free or paid app to do that.
Reactions: Nevi, plat1098, roger_m and 2 others

Windows 11 Taskbar not hiding? Here is a fix!​

Many issues that you run into may be resolved by restarting the Explorer process on the Windows 11 machine. It is a quick fix that should resolve the issue. Note that it is recommended to find the cause for recurring issues, as you may not want to restart Explorer regularly to correct the issue.
The process restarts the Explorer process, which is responsible for the taskbar (and many other things).

Tip: you may restart the explorer process from the command line as well: 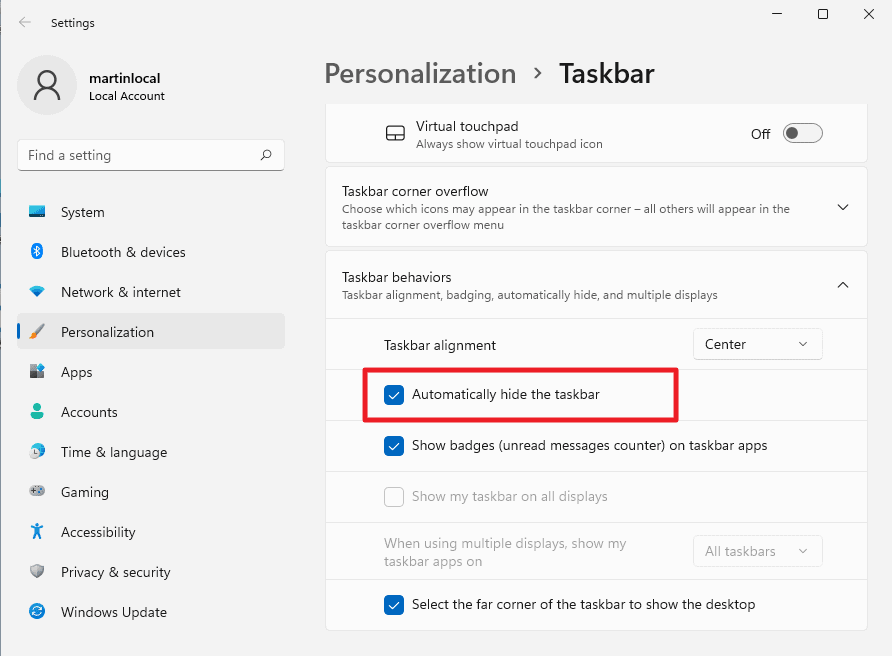 Here is how you troubleshoot issues related to the Windows 11 taskbar not hiding automatically anymore, or at times.
www.ghacks.net
Reactions: Nevi, upnorth, Gandalf_The_Grey and 5 others

Upgraded to 11 last night. Took about an hour. Miss the 10's start menu. I guess my clean desktop will get cluttered again after so many years with shortcuts. Not installing any third party apps to get old start back. Everything is running as it should. had to do no settings except for taskbar. Thought control panel will get deprecated but i guess it will stay with us till beam ends.

So far liking it. Have no complaints.
Reactions: Paul Lee, oldschool, blackice and 5 others
You must log in or register to reply here.

Windows 11 Wednesday at 2:24 AM
Gandalf_The_Grey