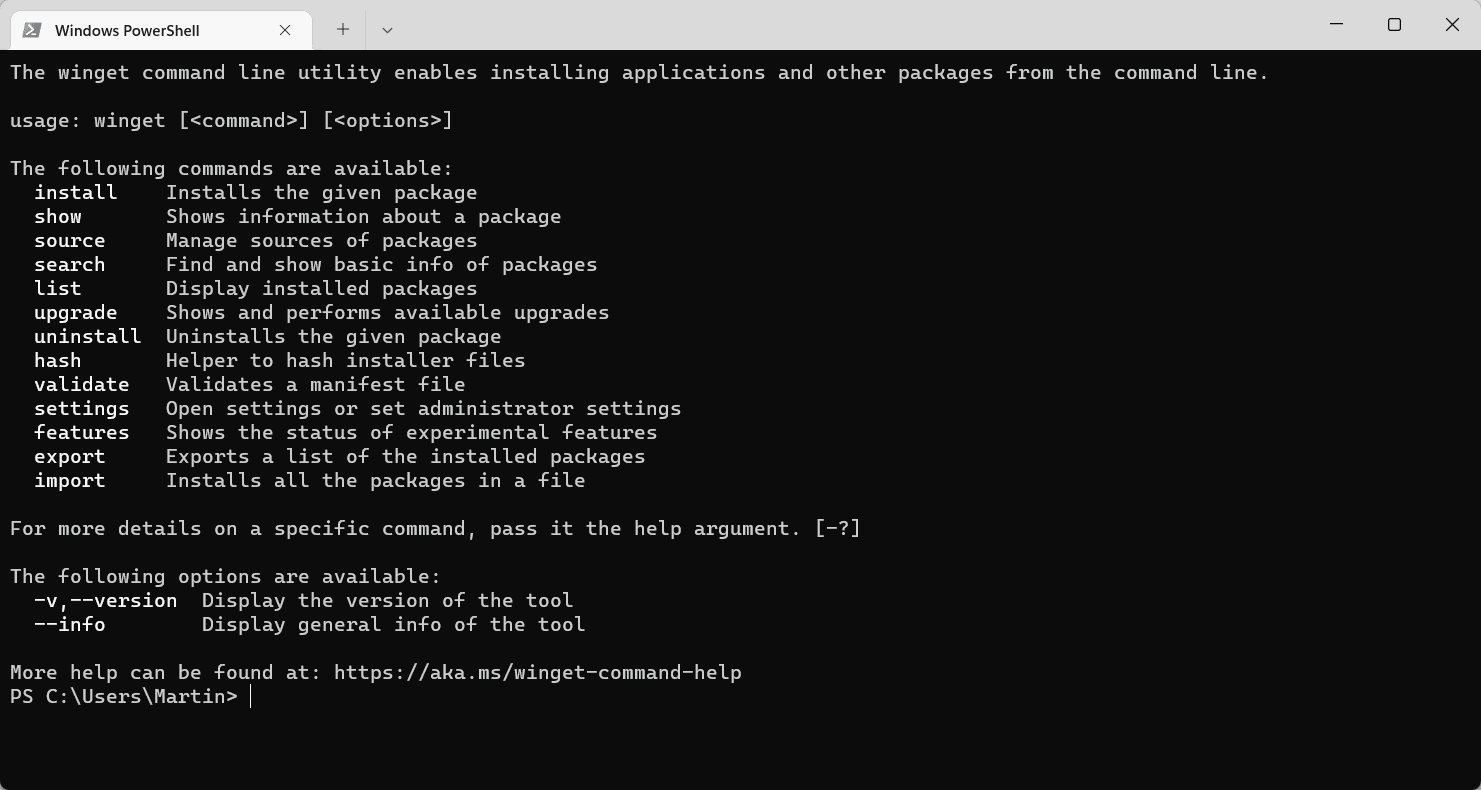 The first version of the Windows Package Manager was released in 2020, the first final version followed in 2021. It is a useful program to manage software on Windows 10 and 11 devices.

The big new feature in the preview version is support for portable apps. Up until now, winget did not support portable programs, only Microsoft Store apps and Win32 applications that needed to be installed; this changes with the preview release and the upcoming next stable version of the package manager for Windows.

The feature is limited to the installation of portable programs in this release. Functions to remove and upgrade portable applications using winget are planned and will be introduced in future builds.

Note: The upgrade and uninstall behaviors have not been implemented. The community repository does not accept portable applications either. Users may test with local manifests but will need to manually clean up entries in Windows Apps & Features if this is used to install a portable application.
Click to expand...

There is still work to be done, as the developers reveal in the notes published on the release page. Community repos do not accept portable apps at this point, and anyone interested in getting these to work in the released version need to use local manifests to do so.
Click to expand...