After its 17th birthday, YouTube is revamping its interface and switching up its viewing experience. The update includes a new viewing mode i.e. the Ambient mode, a darkened version of its Dark theme, and a few changes to action buttons such as subscribe and like buttons on the video player across different devices and systems.

Under the Ambient mode, the YouTube app background matches the content playing; it will reflect some of the background colors of the video on the phone’s status bar and the video title bar. It is supposed to recreate the feeling of light reflecting in a dark room.

YouTube is also introducing an even darker version of its Dark mode, expanding on the dark theme, and is rolling out on TVs, mobile phones, and the web. Furthermore, playlists on YouTube will display more details of the videos to help users navigate the content.

YouTube mentioned that it is working on improving the video player, for example, it is transforming links in video descriptions into buttons and minimizing distractions caused by frequent action buttons such as share, like, and download buttons. YouTube also stated that the subscribe button is getting a new shape with high contrast, although it is getting rid of its iconic red color.

While watching videos, users are also getting the option to zoom in and out on a video by pinching on their screens. The feature is available on both Android and iOS. Furthermore, users can navigate through the video using the Precise seeking feature; it helps users select and replay the parts they wish to re-watch. Users can do so by dragging or swiping across their mobile or desktop devices to scroll through different thumbnails.
YouTube mentioned: “We launched the ability to long press anywhere on the player to seek and to double tap with two fingers to skip chapters. We also added a graph that shows frequently replayed moments in a video.”

These capabilities will roll out gradually to all users can devices starting today.
Click to expand... 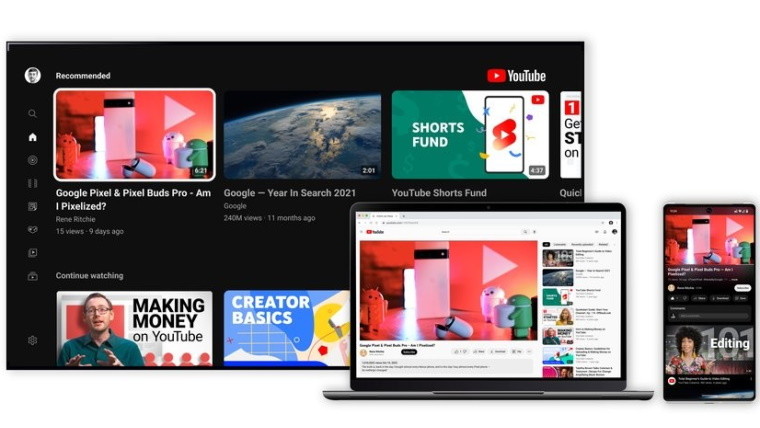 YouTube shared new improvements it made to its video player and viewing experience including a darker theme and ambient mode. There have also been some changes to buttons like the subscribe button.

Reactions: plat, CyberTech, Idanox and 3 others

i not found nothing for aspect ratio to remove black bars in youtube android app
Reactions: Venustus