FastStone Image Viewer 7.6 is the latest version of the free (for home use) image viewer for Microsoft Windows devices. The new version is the first release since the release of FastStone Image Viewer 7.5 in March 2020. While it is a point release, it could have been a major version release as well thanks to its new features and improvements.

FastStone Image Viewer 7.6 is already available on the official website. It is offered as a portable version that does not need to be installed and as an installer that installs the program on the system.

Existing users may notice the performance improvement right after they have upgraded the application to the latest version. One of the main changes of FastStone Image Viewer 7.6 is that a new database engine is used. The database is not mentioned, but it promises better performance, capacity and reliability according to the release notes. The program's startup time, folder tree creation and network folder access have also been improved and users should notice improvements in these areas.

The second improvement comes in form of a new rating system. It is a basic one, as it allows you to assign ratings between 1 and 5 to files. Ratings are not enabled by default, selecting Rating > Enable File Rating unlocks the functionality.

The keyboard shortcuts Alt-1 to Alt-5 may be used to assign ratings to files in the application from that moment on. Ratings can be removed with the shortcut Alt-0, and the same options are available in the right-click menu under Ratings. 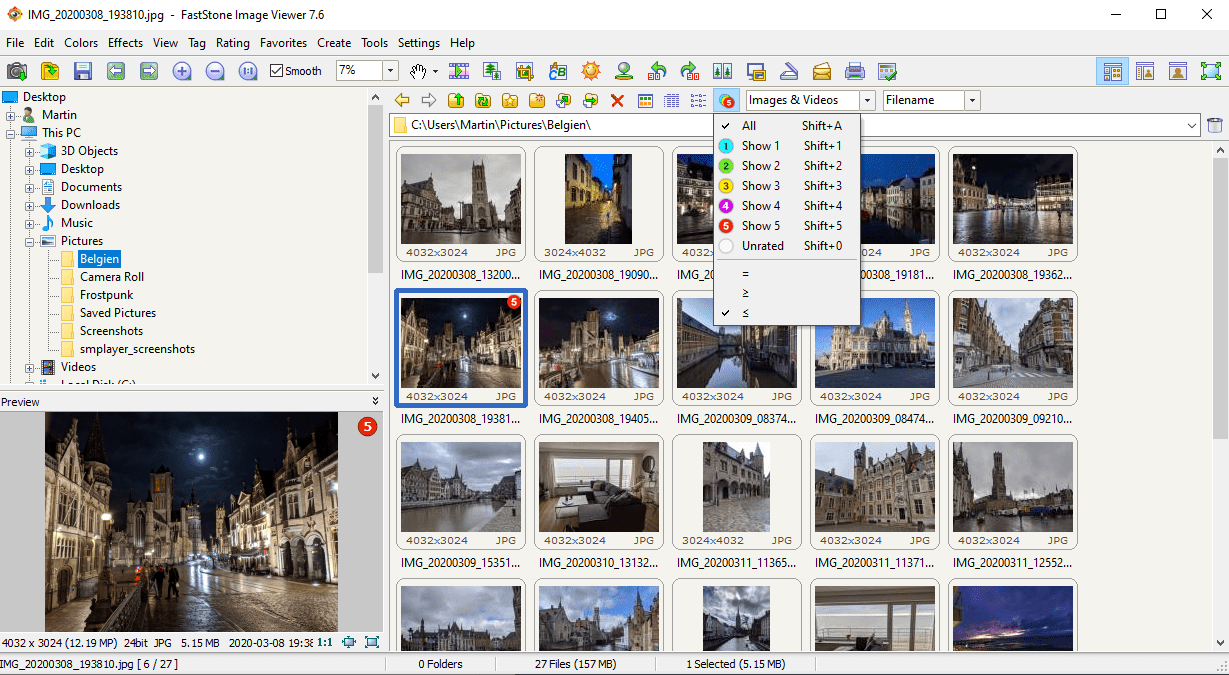 The rating system would not be very useful if you could not use it to filter images in the application. Select the new ratings filter option to display images that match a specific rating or a rating range. Use the keyboard shortcut Shift-1 to Shift-5 to apply the filter quickly; Shift-0 displays all unrated images. Options to display greater or equal, or less than or equal, ratings are provided as well.

The new FastStone Image Viewer 7.6 supports two additional sorting options: date and tagged. Tags and ratings are preserved in the database when files are moved or copied.

Another new option is found under Settings: "Pre-scan folders into thumbnail databases" will scan selected folders or drives automatically, even before they are accessed by the user. Drive letters or paths need to be added to include these in the automatic operation. Subfolders are scanned automatically, but this can be disabled in the configuration window. 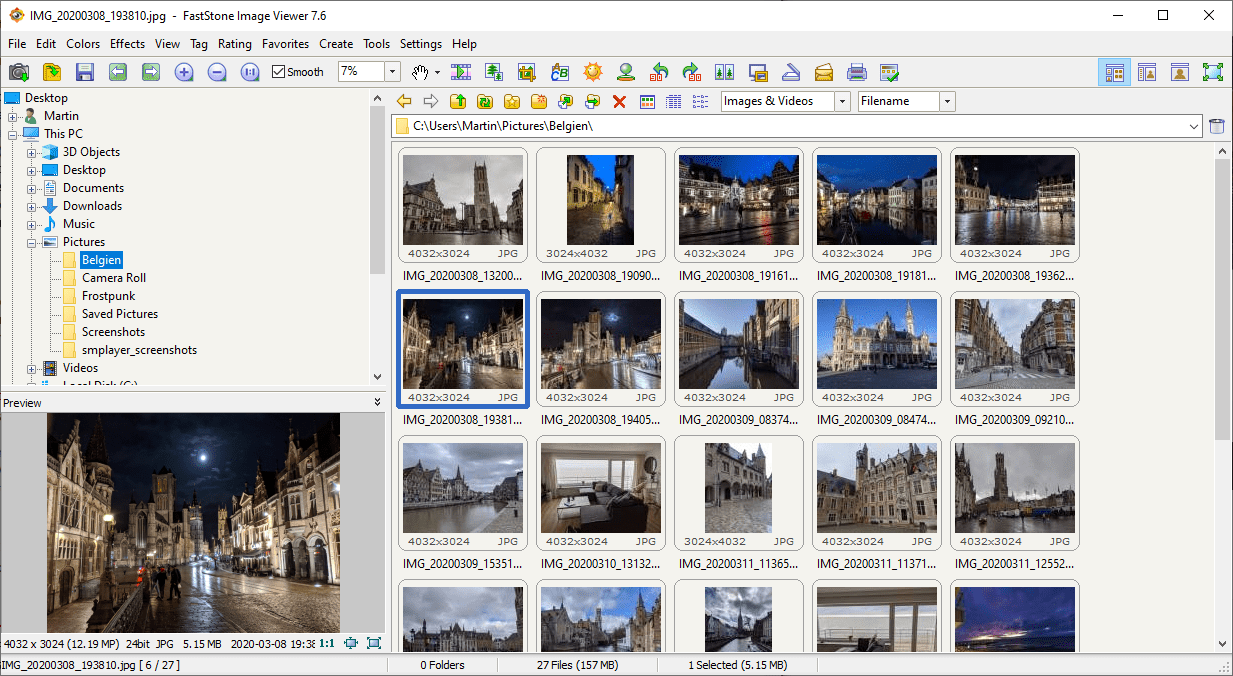 FastStone Image Viewer 7.6 is the latest version of the free (for home use) image viewer for Microsoft Windows devices.
www.ghacks.net
Reactions: Brahman, Venustus, show-Zi and 5 others

Graphics & Design Monday at 6:16 AM
silversurfer