The Frontier supercomputer, powered by AMD EPYC CPUs, has achieved the title for being the world's most powerful supercomputer. The supercomputer is based at the Oak Ridge National Laboratory. With a power of 1.102 exaflops, Frontier's performance is more than double the previous record holder, Fugaku. With such performance, it becomes the first machine to officially break the exascale barrier.

“We are excited that AMD EPYC processors and AMD Instinct accelerators power the world’s fastest, most energy efficient, and first supercomputer to break the exascale barrier.
Innovation and delivering more performance and efficiency for supercomputers is critical to addressing the world's most complex challenges. AMD EPYC processors and AMD Instinct accelerators continue to push the envelope in high performance computing, providing the performance needed to advance scientific discoveries.”
Click to expand... 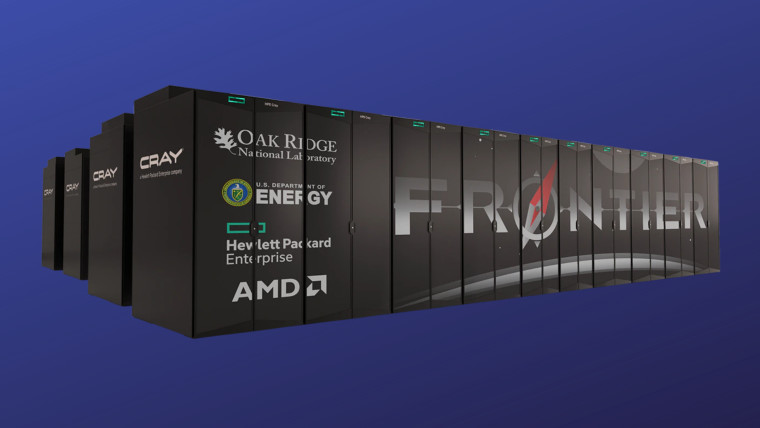 Oak Ridge National Laboratory's Frontier is now the world's most powerful and efficient supercomputer. The machine is powered by AMD's EPYC CPUs and produces a power of 1.102 exaflops.

Reactions: plat, Vasudev, Deletedmessiah and 5 others

I like the wiring looms
Reactions: plat and Vasudev
V

Can it play Crysis Enhanced version?
Reactions: plat
You must log in or register to reply here.