Microsoft is out shopping once again, and this time the company that might end up being acquired by the world’s number one software firm could be none other than GitHub.
A platform that’s specifically aimed at developers who want to store code for their projects online, discuss bugs with the community and deliver updates, GitHub could help Microsoft expand its relationship with app makers, as the company has been trying hard to get closer to devs.
In addition to making it easier to convince developers to build apps for its platforms, taking over GitHub could help Microsoft improve artificial intelligence solutions, according to a report from CNBC.
Talks to purchase GitHub are reportedly under way, and several options have been considered until now. The cited source writes that discussions included a possible investment or a full acquisition, though at this point, GitHub reportedly has a price higher than what Microsoft wants to pay for the deal.
The platform was valued at $2 billion last year, but Microsoft might have to spend more than $5 billion should the takeover go through.
Microsoftie likely to head GitHub
Interestingly enough, GitHub is currently in the middle of an internal reorganization after CEO and founder Chris Wanstrath left the company 10 months ago, and a Microsoftie is in pole-position to head the firm. Nat Friedman joined Microsoft in 2016 when the software giant took over another developing platform called Xamarin.
A possible takeover of GitHub isn’t a new thing, as Microsoft was previously considering such a move in 2016, the source notes, adding that officials of the developer service denied all these rumors.
Needless to say, neither Microsoft nor GitHub commented on these new reports on the alleged acquisition, but more information should emerge in the coming weeks or months as talks between the two sides advance at a fast pace. Given that this is the second time Microsoft is looking into buying GitHub, there’s a good chance the talks would finally come to a conclusion this year.
Click to expand...

Yuck. There goes the neighborhood.
Reactions: DeepWeb, TairikuOkami, Weebarra and 3 others
A

Microsoft Is Said to Have Agreed to Acquire Coding Site GitHub

"Microsoft Corp. has agreed to acquire GitHub Inc., the code repository company popular with many software developers, and could announce the deal as soon as Monday, according to people familiar with the matter."
Reactions: DDE_Server, Weebarra, BryanB and 3 others

zzz00m said:
Yuck. There goes the neighborhood.
Click to expand... 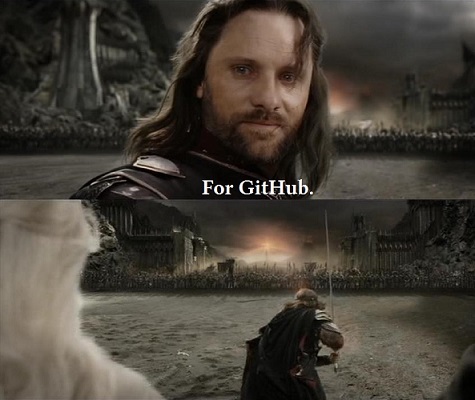 Earlier a Business Insider report suggested that GitHub is seriously considering a $5 billion buyout from Microsoft. Bloomberg later confirmed that the deal has been finalized and Microsoft is buying GitHub.​
​
In case you didn’t know, GitHub is the largest software developer’s community with more than 23 million individual developers from over a million organizations worldwide. A huge number of open source projects use GitHub for development and for hosting their source code. Though GitHub is famous for open source projects, it is a private limited company.​
​
source: Confirmed! Microsoft is Buying GitHub for $5 Billion​
Reactions: yitworths, Weebarra, BryanB and 11 others
M

King of closed source buys kind of opensource? Yeah, that'll end well for the opensource world. Does anyone really believe Microsoft likes opensource and will promote it? Not a chance in hell. Pretty much guarantee this about 1) Telemetry/Datamining, 2) Suppression.

Maybe I am just overly pessimistic about this?
Reactions: DeepWeb, DDE_Server, Weebarra and 4 others

"Quick! Become a billionaire and keep it safe!"

Let's all move to bitbucket now
Reactions: Weebarra, upnorth, BryanB and 2 others
S

GitLab got a spike in traffic.

It's an interesting way to close somethings down. Using your negative reputation and all. Well played, microsoft.

EDIT: This is a good read, but has nothing especially direct to do with this thread. I was just too lazy to make a security alert post:
Attackers can hide malware in archive files with Zip Slip flaw; here's how to fight it
Last edited: Jun 6, 2018
Reactions: CyberTech, Weebarra, yitworths and 1 other person
S

It seems like a lot of projects on Github will move to Gitlab because screw Microsoft!
https://twitter.com/i/web/status/1003779174631235585
Reactions: yitworths, Deletedmessiah and CyberTech

I'm Not trilled about it.
Not at all!
Reactions: Deletedmessiah

So MS is essentially buying an expensive sinking ship? I guess, they did not think it through.
Reactions: Deletedmessiah

NulFunction said:
It's an interesting way to close somethings down. Using your negative reputation and all. Well played, microsoft.

EDIT: This is a good read, but has nothing especially direct to do with this thread. I was just too lazy to make a security alert post:
Attackers can hide malware in archive files with Zip Slip flaw; here's how to fight it
Click to expand...

The next video that comes up after the one you posted is about the GitHub purchase.

The ship is (hopefully) gonna sink because MS is buying it. An exodus of github developers is expected. Github+Microsoft= Oxymoron

yitworths said:
The ship is (hopefully) gonna sink because MS is buying it. An exodus of github developers is expected. Github+Microsoft= Oxymoron
Click to expand...

It looks like they plan on using it along with their LinkedIn purchase to data mine according to the video I posted about in my last post.
You must log in or register to reply here.

S
Microsoft in talks to buy Discord for $10b+