Noting that Europe's 2015 "Open Internet Regulation ensures that citizens are free to use whichever apps and websites they wish," the MEPs said they have "deep concern about the European Commission's plans to change our net neutrality legislation in the upcoming Connectivity Infrastructure Act to be proposed in autumn, without having consulted the public, technology experts, academics, civil society, or expert regulatory agencies." No specific proposal has been released, but "statements to the press indicate that a new provision would require payments from online service providers to broadband providers—ostensibly to fund the rollout of 5G and fiber to the home," the MEPs wrote in the letter yesterday to the European Commission.

The letter cited a May 2 Reuters article that said, "Tech giants such as Google, Meta, and Netflix may have to bear some of the cost of Europe's telecoms network, Europe's digital chief Margrethe Vestager said on Monday, following EU telecoms operators' complaints." The MEPs' list of references also includes two Ars Technica articles from 2012 when a similar proposal was being discussed. Vestager reportedly said at a news conference that "there are players who generate a lot of traffic that then enables their business but who have not been contributing actually to enable that traffic. They have not been contributing to enabling the investments in the rollout of connectivity... and we are in the process of getting a thorough understanding of how could that be enabled."
Click to expand... 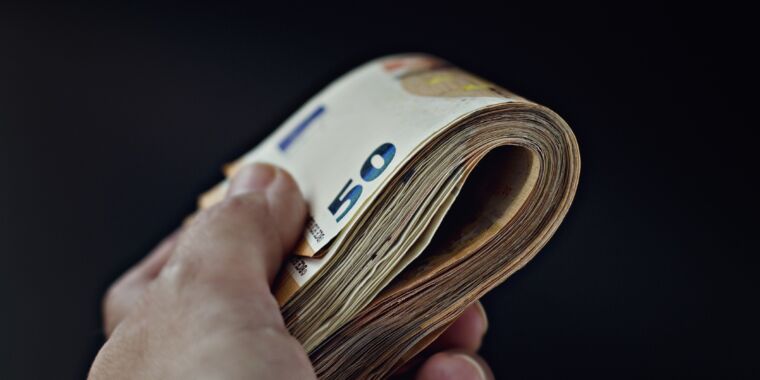 New fees for websites and online applications would be a disaster, MEPs say.

I'm never sure what new EU legislation applies to us anymore (UK) I doubt new ones will??
Reactions: BryanB and Gandalf_The_Grey

The European Union is weighing a proposal to make technology companies that use the most bandwidth, like Netflix and Alphabet, to help pay for the next generation of internet infrastructure, according to a draft document seen by Bloomberg. From the report: The suggestions are part of a "fair-share" vision from the EU's executive arm that could require large tech businesses, which provide streaming videos and other data-heavy services, to help pay for the traffic they generate. The draft document, which is part of a consultation with the industry, suggested firms might contribute to a fund to offset the cost of building 5G mobile networks and fiber infrastructure, as well as the creation of a mandatory system of direct payments from tech giants to telecom operators. The commission also asked companies whether there should be a threshold that would qualify a company to be a "large traffic generator," the document showed. That could be similar to the European governing body's rules designating some tech companies "gatekeepers" and "very large online platforms" in its recent competition and online content rules.
Click to expand...

The European Union is weighing a proposal to make technology companies that use the most bandwidth, like Netflix and Alphabet, to help pay for the next generation of internet infrastructure, according to a draft document seen by Bloomberg. From the report: The suggestions are part of a...
tech.slashdot.org
Reactions: Sorrento
You must log in or register to reply here.