How Kaspersky makes you vulnerable 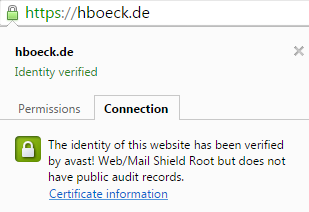 Lately a lot of attention has been payed to software like Superfish and Privdog that intercepts TLS connections to be able to manipulate HTTPS traffic. These programs had severe (technically different) vulnerabilities that allowed attacks on HTTPS connections.

What these tools do is a widespread method. They install a root certificate into the user's browser and then they perform a so-called Man in the Middle attack. They present the user a certificate generated on the fly and manage the connection to HTTPS servers themselves. Superfish and Privdog did this in an obviously wrong way, Superfish by using the same root certificate on all installations and Privdog by just accepting every invalid certificate from web pages. What about other software that also does MitM interception of HTTPS traffic?

When a security product intercepts HTTPS traffic it is itself responsible to create a TLS connection and check the certificate of a web page. It has to do what otherwise a browser would do. There has been a lot of debate and progress in the way TLS is done in the past years. A number of vulnerabilities in TLS (upon them BEAST, CRIME, Lucky Thirteen, FREAK and others) allowed to learn much more how to do TLS in a secure way. Also, problems with certificate authorities that issued malicious certificates (Diginotar, Comodo, Türktrust and others) led to the development of mitigation technologies like HTTP Public Key Pinning (HPKP) and Certificate Transparency to strengthen the security of Certificate Authorities. Modern browsers protect users much better from various threats than browsers used several years ago.

You may think: "Of course security products like Antivirus applications are fully aware of these developments and do TLS and certificate validation in the best way possible. After all security is their business, so they have to get it right." Unfortunately that's only what's happening in some fantasy IT security world that only exists in the minds of people that listened to industry PR too much. The real world is a bit different: All Antivirus applications I checked lower the security of TLS connections in one way or another.

Each and every TLS intercepting application I tested breaks HTTP Public Key Pinning (HPKP). It is a technology that a lot of people in the IT security community are pretty excited about: It allows a web page to pin public keys of certificates in a browser. On subsequent visits the browser will only accept certificates with these keys. It is a very effective protection against malicious or hacked certificate authorities issuing rogue certificates.

Browsers made a compromise when introducing HPKP. They won't enable the feature for manually installed certificates. The reason for that is simple (although I don't like it): If they hadn't done that they would've broken all TLS interception software like these Antivirus applications. But the applications could do the HPKP checking themselves. They just don't do it. 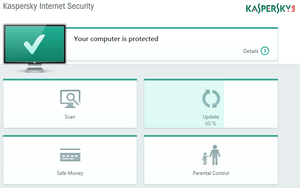 Kaspersky vulnerable to FREAK and CRIME

Having a look at Kaspersky, I saw that it is vulnerable to the FREAK attack, a vulnerability in several TLS libraries that was found recently. Even worse: It seems this issue has been reported publicly in the Kaspersky Forums more than a month ago and it is not fixed yet. Please remember: Kaspersky enables the HTTPS interception by default for sites it considers as especially sensitive, for example banking web pages. Doing that with a known security issue is extremely irresponsible.

I also found a number of other issues. ESET doesn't support TLS 1.2 and therefore uses a less secure encryption algorithm. Avast and ESET don't support OCSP stapling. Kaspersky enables the insecure TLS compression feature that will make a user vulnerable to the CRIME attack. Both Avast and Kaspersky accept nonsensical parameters for Diffie Hellman key exchanges with a size of 8 bit. Avast is especially interesting because it bundles the Google Chrome browser. It installs a browser with advanced HTTPS features and lowers its security right away.

These TLS features are all things that current versions of Chrome and Firefox get right. If you use them in combination with one of these Antivirus applications you lower the security of HTTPS connections.

Everyone gets HTTPS interception wrong - just don't do it

So what do we make out of this? A lot of software products intercept HTTPS traffic (antiviruses, adware, youth protection filters, ...), many of them promise more security and everyone gets it wrong.

I think these technologies are a misguided approach. The problem is not that they make mistakes in implementing these technologies, I think the idea is wrong from the start. Man in the Middle used to be a description of an attack technique. It seems strange that it turned into something people consider a legitimate security technology. Filtering should happen on the endpoint or not at all. Browsers do a lot these days to make your HTTPS connections more secure. Please don't mess with that.

I question the value of Antivirus software in a very general sense, I think it's an approach that has very fundamental problems in itself and often causes more harm than good. But at the very least they should try not to harm other working security mechanisms.

Not to the OP but people who write these kind of artcles should use the starter "Antivirus software may intercept your HTTPS traffic" because for someone who does not know a lot about Antivirus products and computing, they may assume that this means every Antivirus does this... Not all Antivirus products do this: Avast have an option to enable/disable this feature and some products may not even have the ability to do this.

Regardless, thanks for the article @Terry Ganzi!
Reactions: Terry Ganzi and Jack

kram7750 said:
Not to the OP but people who write these kind of artcles should use the starter "Antivirus software may intercept your HTTPS traffic" because for someone who does not know a lot about Antivirus products and computing, they may assume that this means every Antivirus does this... Not all Antivirus products do this: Avast have an option to enable/disable this feature and some products don't even have the ability to do this.

Regardless, thanks for the article @Terry Ganzi!
Click to expand...

You can disable it in Kaspersky too, the standard setting for https scanning is only when banking protection or the url scanner requires it.
Reactions: Deleted member 21043

Russia creates its own TLS certificate authority to bypass sanctions