Microsoft released the KB5001330 Windows Update this Tuesday, which brought many security fixes. Unfortunately it also seems to have introduced some issues, at least on some devices.
Click to expand...

A handful of users on reddit have reported that the latest update causes performance drops in games. The troubles first surfaced in KB5000842, and has since reemerged in the latest patch. Well, you may say that Microsoft hasn't fixed it yet.

The primary issue appears to be frame drops in games, and this appears to be related to the VSync setting. Other issues reported by users include lag spikes, i.e., a sudden massive slowdown or stutter that happens for a few seconds.

I'm familiar with the problem that the users are reporting, as I experienced a similar issue on this computer last year (especially in Rise of the Tomb Raider and Assassin's Creed Origins). The lags were caused by the Nvidia 451.67 game ready driver, and this was delivered through Windows Update. I had to revert to an older video driver to fix the annoyances, so you could try a similar solution if you have such lags.

I wanted to check if I experience similar issues with the latest patch, so I tested the KB5001330 update with my GTX 1650, and had no such troubles. Based on the comments from users, it is possible that the issue only affects newer GPUs like the NVidia 2000, 3000 and AMD R5 series. The thread also suggests an easy fix for the issue, you just have to uninstall the update. You can do so from the Settings > Update & Security > View Update History page.

So, if you're a gamer and are experiencing poor performance, low frame rates in games that used to run flawlessly until a few days ago, it is likely that the KB5001330 Windows Update could be the culprit. Once you have gotten rid of it, your games should work as normal.

Digging deeper, I noticed that this wasn't the only issue reported by users. Members at the Microsoft Community forums have stated that they have encountered issues with the KB5001330 Windows Update failing to install. The error code for this is 0x800f0984. Some groups say they got a different error, with the code 0x800f081f. This specific issue is related to Windows Update being unable to fetch the patch from Microsoft's servers.

If Windows Update says that it cannot download the patches, the solution that has been recommended by a Microsoft moderator is to reset WSUS (Windows Update Service and Agent). Some users say they encountered a problem that is more serious, as they were greeted by bootloops with the stop code 0xc000021a after installing the update. A couple of others seem to have experienced screen flickering that happens when resizing Chrome or Edge windows. 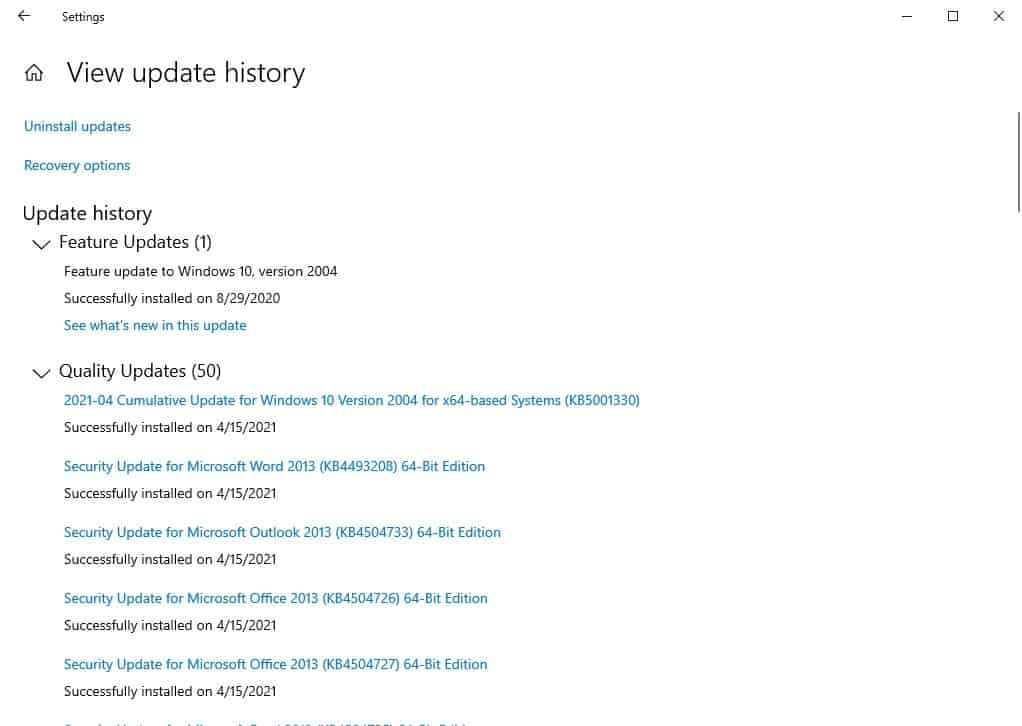 Microsoft released the KB5001330 Windows Update this Tuesday, which brought many security fixes. Unfortunately it also seems to have introduced some issues, at least on some devices. A handful of users on […]
www.ghacks.net
Reactions: bjm_, Andy Ful, Deletedmessiah and 12 others

Luckily I paused Windows updates for 14 days.
Reactions: Cortex, Nevi, Templarware and 4 others

I blocked the updates..
Reactions: Cortex, Nevi, Templarware and 4 others
S

Spawn said:
I haven't updated Windows 10 since Windows 7 was launched.
Click to expand... 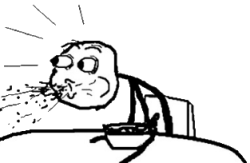 I updated and played games fine yesterday. I use Gsync on a freesync monitor, and I thought I saw an odd drop or two, but I’m pretty sure that’s game related and was happening before. Maybe not. Who knows. It didn’t totally break my experience.
Reactions: CyberTech, Paul Lee, roger_m and 7 others

I haven't had any problems in my environment.
However, for about a year, the problems found in the Japanese input environment have been left untouched.

show-Zi said:
I haven't had any problems in my environment.
However, for about a year, the problems found in the Japanese input environment have been left untouched.

I feel that I should change the name from'Windows Update'->'Windows Scratch & Build'
Click to expand...

That’s such a bummer because it used to work mostly fine (even on windows 7). I don’t understand how they broke Japanese input so badly. They did have a note about it on this update. Do the updates always have that note?
Reactions: CyberTech, roger_m, Cortex and 4 others

I never had a problem with Windows updates.
Reactions: roger_m, CyberTech, Cortex and 5 others

blackice said:
That’s such a bummer because it used to work mostly fine (even on windows 7). I don’t understand how they broke Japanese input so badly. They did have a note about it on this update. Do the updates always have that note?
Click to expand...

As a temporary workaround, rollback of Japanese input continues to be recommended.
What I find annoying every time is that the reproducibility of the phenomenon is inconsistent. Those who win like a sweepstakes will win, and those who miss will miss.
Reactions: plat1098, roger_m, CyberTech and 5 others
H

I don't play games. For general usage so far no issue since updating
Reactions: plat1098, show-Zi, roger_m and 7 others

MS really seem to have lost it lately with Updates messing things up, withdrawn etc, it never used to be like this - More issues in the last year on several PC's than in the last two decades.
Reactions: CyberTech, Nevi, plat1098 and 5 others

They don't do beta tests..The end user is the beta tester
Reactions: dinosaur07, Nevi, mkoundo and 5 others

show-Zi said:
I haven't had any problems in my environment.
However, for about a year, the problems found in the Japanese input environment have been left untouched.

I feel that I should change the name from'Windows Update'->'Windows Scratch & Build'
Click to expand...

What is the problem with Japanese keyboard?
Reactions: Nevi, plat1098, show-Zi and 1 other person

venustus said:
They don't do beta tests..The end user is the beta tester
Click to expand...

Beta may be degenerated to alpha due to updates
Reactions: Nevi, plat1098 and venustus

WhiteMouse said:
What is the problem with Japanese keyboard?
Click to expand...

This is a trouble that has been occurring since May 2020. Other than Japanese, the same problem has occurred in Chinese.
Reactions: upnorth, The_King, CyberTech and 6 others

Page 1 of 3 - KB5001330 DNS Issues anyone? - posted in Windows 10 Support: Working for a software vendor and we are flooded today with reports of issues with accessing shared server folders if they are using the server name to resolve. IP address seems to be fine. Any one else experiencing...

Just over a week ago on Patch Tuesday, KB5001330 was released for the most recent production build of Windows 10, which is version 20H2. If you’re still on Windows 10 version 1909, it’s KB5001337. However it seems that the internet is awash with people having issues with game stutters and performance related issues with these updates.

In our own testing on an Intel Core i9-9900K, 32GB RAM system we were experiencing mouse lag in certain conditions with video playback, and stutter in gameplay through various Steam titles. A quick Google search reveals the extent of the problem.
Click to expand... 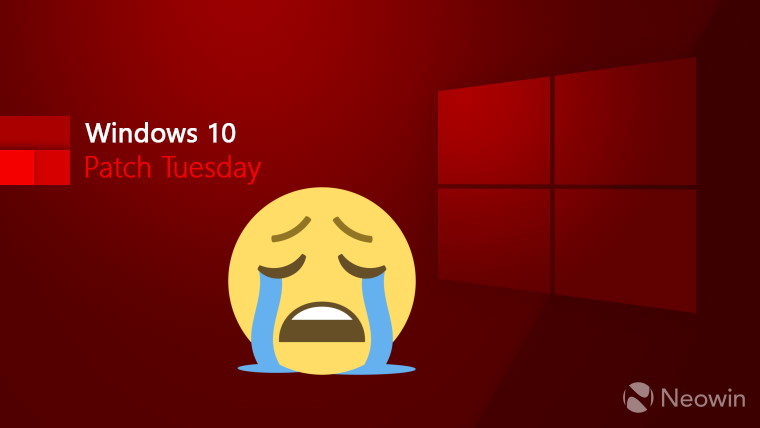 The most recent Patch Tuesday for Windows 10 has seemingly brought with it a bunch of gaming related issues that Microsoft has yet to acknowledge. Here's how to uninstall and block it.

Yes, I use the original Microsoft wushowhide utility hosted on MajorGeeks to block a persistent, gnat-like Intel software update (XTU). It works, period.
Reactions: Terry Ganzi, venustus, roger_m and 8 others

Since Microsoft released the April 2021 cumulative updates, gamers have complained about frame rate drops and stuttering while playing games.

"This update seems to introduce a large amount of stuttering on my RTX 3070/R5 3600 rig. I initially thought it was corrupting the OS or graphics driver, but nope, the stuttering came back with every re-install and went away with every uninstall," a user stated in a Reddit thread about the April updates.

"For me it gives a huge problem on vsync usage. When using vsync it can’t hold a steady 60 fps. It drops like mad to 55 or 40. Without vsync the same game renders on 180+ FPS. I uninstalled it and it is back to normal. Not installing any updates till this is fixed," stated another user in the same Reddit thread.

These complaints are not only on Reddit and have spilled over to Windows 10's Feedback Hub, the Microsoft Community forums, the BleepingComputer forums, and the NVIDIA forums.

As first reported by WindowsLatest, in response to these complaints, an NVIDIA staff member suggested rolling back from March 2021's optional KB5000842 preview update to resolve the issues. KB5000842 contains the same Windows 10 changes as of April's KB5001330 update but without the security fixes.

"If you are seeing lower performance in games, check if rolling back Windows 10 Update KB5000842 solves the issue," an NVIDIA staff member commented in the NVIDIA forums.
Click to expand...

www.bleepingcomputer.com
Reactions: venustus, plat1098, amico81 and 3 others
You must log in or register to reply here.