Two years ago, Google proposed Manifest v3, a number of foundational changes to the Chrome extension framework. Many of these changes introduce new incompatibilities between Firefox and Chrome. As we previously wrote, we want to maintain a high degree of compatibility to support cross-browser development. We will introduce Manifest v3 support for Firefox extensions. However, we will diverge from Chrome’s implementation where we think it matters and our values point to a different solution.

For the last few months, we have consulted with extension developers and Firefox’s engineering leadership about our approach to Manifest v3. The following is an overview of our plan to move forward, which is based on those conversations.
Click to expand...

Manifest v3 is a large platform project, and some parts of it will take longer than others to implement. As of this writing, we are hoping to complete enough work on this project to support developer testing in Q4 2021 and start accepting v3 submissions in early 2022. This schedule may be pushed back or delayed due to unforeseeable circumstances.

We’d like to note that it’s still very early to be talking about migrating extensions to Manifest v3. We have not yet set a deprecation date for Manifest v2 but expect it to be supported for at least one year after Manifest v3 becomes stable in the release channel.
Click to expand... 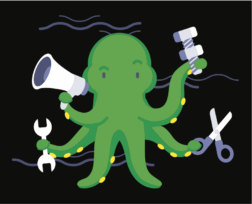 Two years ago, Google proposed Manifest v3, a number of foundational changes to the Chrome extension framework. Many of these changes introduce new incompatibilities between ...

Mozilla plans to introduce support for the extensions Manifest V3 in the organization's Firefox web browser in late 2022. Preview versions are already available in development editions of the web browser.

Mozilla announced in 2019 that it would implement support for Manifest V3 in Firefox but would make adjustments to certain limitations. A new blog post on the Mozilla Add-ons Community blog sheds light on the adoption and the differences between Mozilla's and Google's implementation.

The decision to remove the blocking part of the WebRequest API and to replace it with the limiting declarativeNetRequest API was at the center of the controversy. Mozilla notes that the new API limits "capabilities of certain types of privacy extensions without adequate replacement".

Mozilla will keep the WebRequest API in Firefox to make sure that privacy extensions are not limited in providing the functionality they are designed for. The organization will implement the declarativeNetRequest API for compatibility reasons according to the blog post.

Mozilla will "continue to work with content blockers and other key consumers of this API to identify current and future alternatives where appropriate".

Developers may turn on the preview in the following way in current development editions of the browser:
Extensions may then be installed via about:debugging. Permanent installation of Manifest V3 extensions is possible in Nightly and Developer editions of the Firefox web browser. The implementation is not complete at the time of writing.
Click to expand...

Mozilla plans to introduce support for the extensions Manifest V3 in the organization's Firefox web browser in late 2022.
www.ghacks.net
Reactions: geminis3, Moonhorse, Trooper and 5 others