Microsoft is offering discounts of up to 50% on Microsoft 365 subscriptions to those using pirated versions of Microsoft Office willing to switch to a genuine version.

This promotional offer is sent to Office users if Microsoft detects the version installed is non-genuine, and it shows as an alert under the top menu as first reported by Ghacks.

The message displayed is a call to action for those likely using a pirate copy of Microsoft Office: "GET UP TO 50% OFF. For a limited time, save up to 50% on a genuine Microsoft 365 subscription."

When clicked, the alert sends you to a Microsoft 365 landing page warning that pirated software can expose your computer to security threats.

Among the risks behind counterfeit software, Redmond says you'll be prone to higher exposure to virus and malware attacks, identity theft, corrupted files and data loss, and the inability to receive critical updates or edit files, all of these being legitimate points. 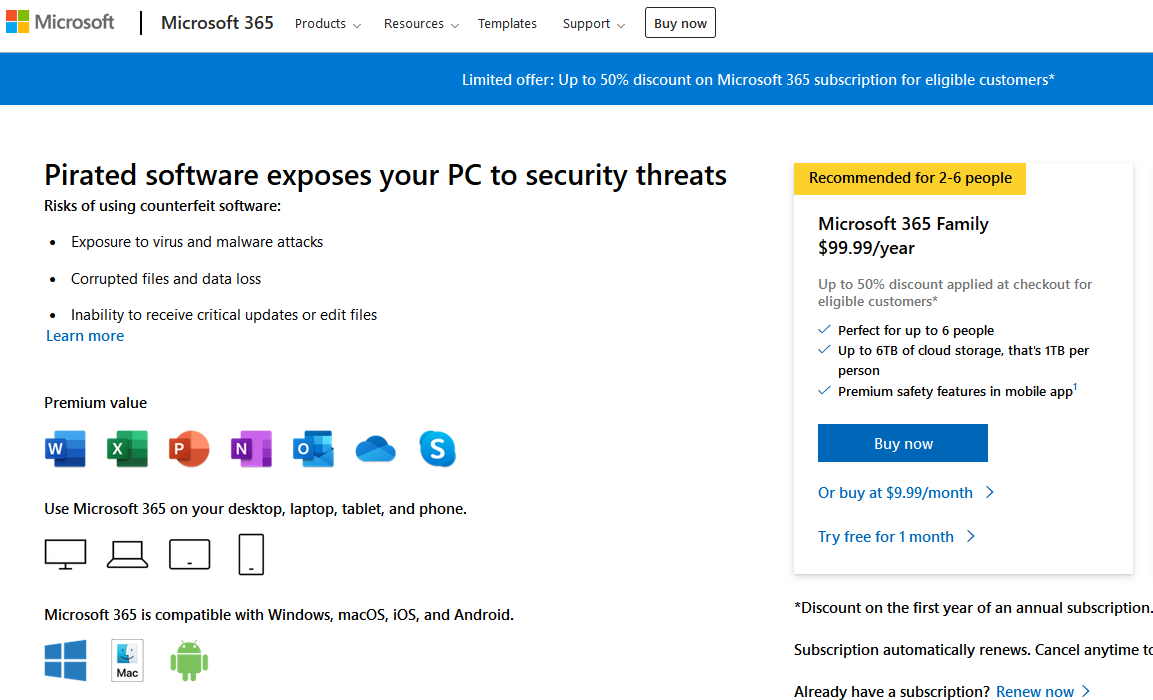 Read the full article here
This is funny