When you change the background images of Firefox Beta on Android currently, you may notice that some of them are from the Disney Pixar movie Turning Red. 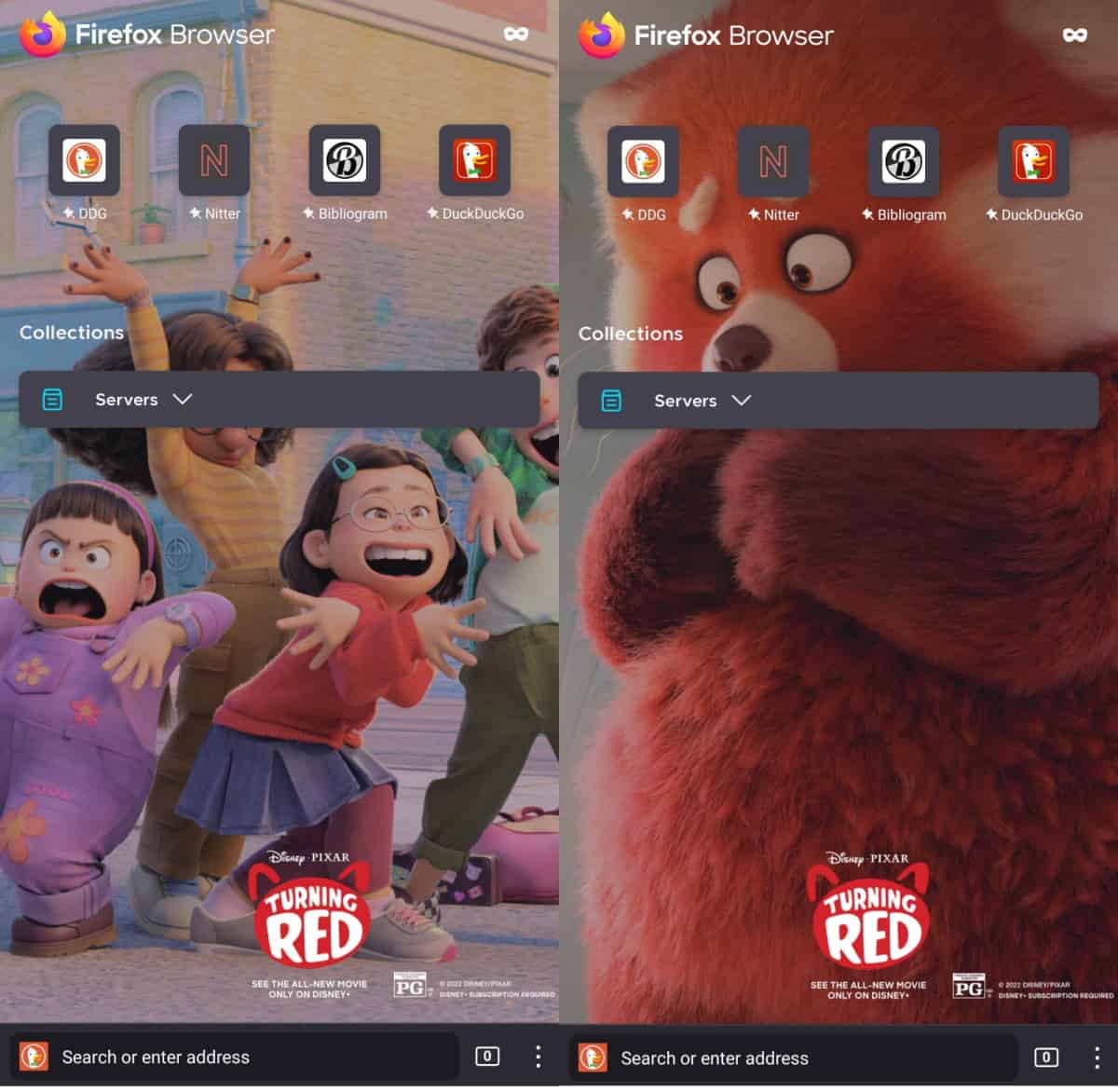 Twitter user ThePfaffanater was the first to spot the addition to the Firefox browser. Firefox Beta, the browser used by the user, displayed two images of Disney's upcoming movie among the collection of background images.

A linked website, called True Colors, suggests that the background images are linked to a campaign. The site has a trailer for the Disney movie, links to getting Firefox, sweepstakes, sticker images, and some other interactive elements. There is also an option to get the Turning Red theme for the desktop version of Firefox.

I tried to replicate the finding in Firefox for Android, but could not. Neither Firefox, Firefox Beta or Firefox Nightly were displaying these backgrounds on my device. It is possible that the campaign is limited to a certain geographical region, e.g., United States, or that it is limited in other ways.

This is not the first time that Mozilla is dabbling with media promotions. The infamous Mr. Robot campaign may come to mind, which backfired because of the way it was carried out.
Click to expand...

Displaying movie, TV, gaming or comic backgrounds in browsers and on desktops or mobile devices is quite popular. Some Firefox users will be up in arms about this, others may like it or never see it at all, considering that the backgrounds are not displayed by default.

Mozilla needs to find ways to earn money outside of its search deals. The organization acquired or created several products that contribute millions of Dollars to the revenue, but it pales in comparison to the money it receives yearly from companies such as Google.

Ads in Firefox are a no-go for some users. Mozilla should consider adding a clear switch to Firefox that prevents any type of ad from being added to the browser.

Mozilla has not confirmed the campaign yet, and it should be filed under testing for now. We don't know the scope of the test nor whether Mozilla is gaining any compensation for it.
Click to expand...

When you change the background images of Firefox Beta on Android currently, you may notice that some of them are from the Disney Pixar movie Turning Red.
www.ghacks.net
Reactions: silversurfer, harlan4096, The_King and 2 others