Snooping accusations Huawei/ZTE mentioned in confidential report dating back to 2010
Dutch quality news paper "de Volkskrant" published a scoop today on a audit report from Cap Gemini conducted in 2010 on a security evaluation on Dutch mobile network of KPN. The consultancy firm found evidence that employees of Huawei had access to Call Detail Records and voice content. The report from 2010 was kept secret because decision makers involved feared KPN (mobile) to go bankrupt when this news would have been disclosed.


How Huawei gained access
For quality purpose a Mobile Network Operator has an option to listen for a few seconds to any phone call (without an order from Police or Justice). Huawei employees should only have access to this build-in tap (for quality check purpose) after receiving a temporary access code from KPN security employees. Not only did Huawei bypass this internal security mechanism by accessing this option directly, they also misused this quality check option by extending this tap from a few seconds to the full call length. Obviously this is not according to contract Huawei had with Dutch Telecom operator KPN (and Dutch law).

Huawei also managed to gain access to the heavily secured the "phone tap" system called 'Lawful Intercept" which is used by operators when justice or police asks to track and tap phone calls for legal purposes. The article hints that Huawei replaced encryption with a weaker version, which could be hacked (and probably was hacked). The quote from the consultancy mentions "weak encryption" for 2010 standards.


Impact not limited to Dutch telecom operator KPN
The KPN did a follow up study at their German mobile daughter E-plus, which used ZTE equipment (also Chinese) and the findings were the same. Those Huawei/ZTE systems are also used by Vodaphone and T-mobile to mention two of the largest EU-telecom operators. So it is very unlikely Huawei only limited this snooping to Dutch operator (since British and German operators are economical and political much more interesting than the Netherlands).


Reliabilty of this disclosure
Dutch reporters accompanying Dutch politicians to Chinese trade travels noticed that the politicians used burners to communicate during trade meetings. This adds to the credibility to the story beside the fact that the Volkskrant is the source. The Volkskrant is not a tabloid, but a quality newspaper with a sound journalistic reputation. The Volkskrant together with NRC and Parool are reliable quality news papers, who also were involved in the Panama papers disclosure.

My take
For me this settles the dispute on Chinese companies scooping in behalf of the Chinese government. The US-based accusations in regard to Chinese vendors are probably true. I used to think that the commercial stake would be higher for Huawei and ZTE than the political stake (they would be banned from Western communication infrastructure when US accusations were true). This is the reason I also bought a Chinese router (TP-link). I am not going to buy another router (I am not a person of interest ), but I am never going to buy Chinese communication devices anymore.

Smoking gun awating approval
I noticed this post is awaiting approval. Because of the impact I can onderstand that mods want to check on this smoking gun. Maybe @Gandalf_The_Grey, @rain2reign or @Jan Willy could confirm this Volkskrant article (because they read Dutch )
Last edited: Apr 17, 2021
Reactions: Nevi, venustus, plat1098 and 5 others

The Volkskrant-article has been taken over by other Dutch media. KPN and Huawei deny the allogations. The Ministry of Economic Affairs will have a closer look at it.
Reactions: Nevi, venustus, Lenny_Fox and 3 others

Other Dutch news websites are reporting this scoop, both companies KPN and Huawei are publishing reactions, to summarize their response


KPN said:
"No subcontractor of KPN has ever had unauthorized and uncontrolled access to our networks. KPN wished to emphasize that the new networks will be realized using ''democratic-kapitalistic' owned technology (Erickson, HP, Nokia, Samsung). KPN's new 5G network is build with Erickson equipment".
Click to expand...

Huawei said:
Huawei also denies all accusations and states that "the employees of Huawei were insourced by KPN, so they were considered KPN employees". Also when those activities were illegal, the Dutch Security and Information services would not have forbidden these practices".
Click to expand...

The new websites also report that these Dutch services did warn KPN in 2008 and 2009 for using Chinese equipment. At that time there was no legal base to force companies to NOT use Chinese technology. According to insiders Huawei on average quoted 25% of prices offered by western competitors (HP, Nokia, Erickson), so companies were a fool to not use this equipment (British Telecom saved 1 billion Euro by choosing Huawei). This weakens Huawei's counter argument (secret services would have intercepted argument).

Also the response of Huawei about their employees being insources (formally KPN) and KPN's response that no (sub)contractor ever has access, hints on a thin red line about offshore insourcing or remote sourcing. This means that company A formally has the employees working at company B on the payroll of company A. Company A also pays company B a fee for management, recruitment and education, infrastructure and office space. Often these employees don't work in the country of Company A, but in the country of Company B i(hence the name offshore insourcing or remote sourcing).

This means both KPN and Huawei don't lie in a legal way (the Huawei people were on the payroll of KPN), but factually the six employees of Huawei on the payroll of KPN had access to this data and content in an uncontrolled way of working (they were not supervised by KPN management, but by Huawei management). The explanations of KPN and Huawei don't mention the (illegal) extention of 'listening in' for a few seconds for quality control to the full length of a conversation nor the fact that Huawei used a weak (hackeble) encryption for the 'Lawful Intercept' system. This is probably why the ministry of Economic Affairs will investigate these matters.

Reading the responses I can understand why a quality newspaper like the Volkskrant dared to publish this scoop with these accusations,
Last edited: Apr 17, 2021
Reactions: Nevi, venustus, Gandalf_The_Grey and 2 others

Follow up. The Dutch news paper reports that several sources from within KPN (probably employees) deny the official response of both KPN and Huawei. 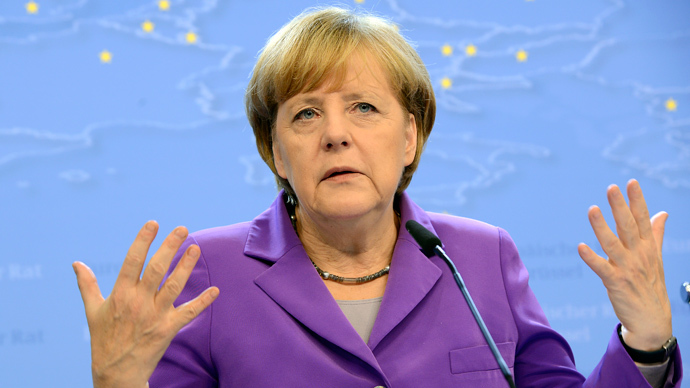 The German Chancellor’s mobile phone has been on an NSA target list since 2002 and was code-named “GE Chancellor Merkel”, according to Der Spiegel. The paper also reports that President Obama assured Merkel that he did not know her phone was tapped.

www.rt.com
Reactions: Jan Willy, Nevi and venustus
You must log in or register to reply here.

Citing BGP hijacks and hack attacks, feds want China Telecom out of the US