Today, Nvidia announced a new wave of laptops featuring its GeForce RTX 30 series of graphics cards, many of which are available today. Among the announcements are two new GPUs that have been teased a few times in the past, the GeForce RTX 3050 Ti and RTX 3050. These are naturally the cheapest of the RTX 30 series lineup, and they bring the power of RTX to the "most mainstream audience yet", according to Nvidia, with prices starting at $799. 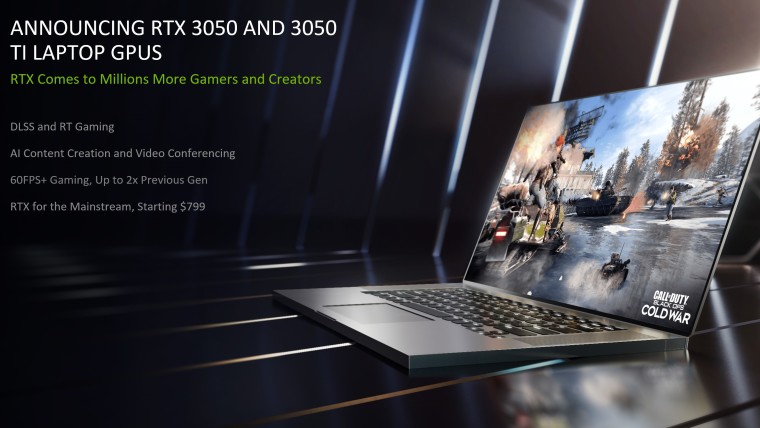 Nvidia has announced a new wave of laptops based on RTX 30 series GPUs is available today, but the company also revealed that the new RTX 3050 Ti and RTX 3050 will be available this summer.

It does not matter. In my country, it probably will more than its reasonable price. BTW the GTX 1050 still costs around 250$, before the Covid19 thing
Reactions: Venustus, Nevi, CyberTech and 1 other person

Ha! in latinamerica this will cost an eye. It is cheaper to just buy a console, sadly.
Reactions: Venustus, Nevi and CyberTech
You must log in or register to reply here.